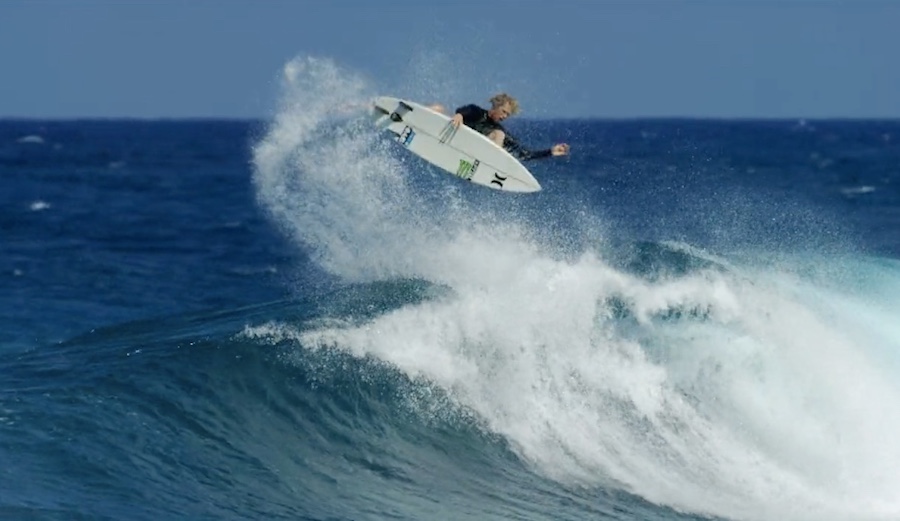 In a high-profile contract dispute that is somewhat novel in the surf world, John John Florence is suing Monster Energy in California, alleging the energy drink giant reneged on obligations to compensate him six figures for use of his likeness. The suit also seeks restitution for alleged breach of contract and fraud, among other things. Monster Energy, in its legal filings, categorically denies “each and every allegation in said unverified Complaint” and demands a trial by jury.

According to court filings obtained by The Inertia, Florence’s camp alleges that he and Monster Energy entered into an agreement in early 2017 “embodied in oral discussions and a written document” that was “signed and approved by Monster.” The agreement entitled Florence to a minimum of $500,000 a year ($350,000 a year base pay plus a $150,000 “media spend”), plus a potential $150,000 more per year in incentives.

Florence alleges that a Monster marketing executive confirmed in a March 16, 2017 email that the two-time world champion would receive retro-pay from the start of the year. According to court documents, Monster sent Florence’s team a “long-form draft” of the agreement in May 2017 that looked different than what was previously agreed upon. According to court filings, “Monster has failed and refused to pay [Florence] any amounts whatsoever under the 2017 agreement,” despite “[continuing] to use advertisements for its products featuring Florence’s name and likeness… into 2018 and possibly later.”

The complaint also seeks remunerations to Florence caused by “embarrassment, humiliation, and emotional distress” as well as punitive damages, compensatory damages, treble damages, and interest at the legal rate.

According to court statements, Monster “denies that FLORENCE has sustained or is entitled to recover damages in the sum alleged or any sum whatsoever.”

Monster Energy did not respond to requests for comment, but, according to documents filed by Monster’s attorneys, the company “denies each and every allegation.”

Specifically, Monster claims that Florence’s complaints are “invalid because the contract(s) were never put in writing and subscribed/signed by Monster and Florence.”

Attorneys from both sides were scheduled to meet Wednesday at the Riverside County Superior Court for a case management conference hearing. According to Florence’s attorney, David J. Farkas of Coleman Frost LLP, the meeting did not take place.

“It was taken off calendar by the Court, and a new date of June 6, 2019 was set for the next hearing,” Farkas wrote The Inertia via email.

Florence’s suit, filed back in May, comes months after HuffPost published a report on five separate suits levied against the energy drink giant for sexual discrimination and assault. In response to these lawsuits, Monster explained in a statement sent to The Inertia in January that, “Monster has a long history and strong track record of treating its employees with dignity and respect.”