Surfers vs. the Navy: The Battle for Trestles 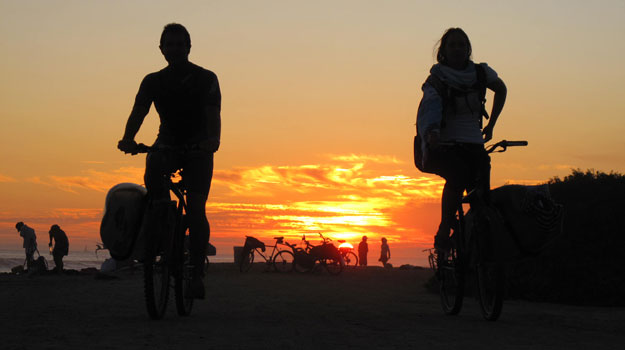 Trestles has become the center of a tug-of-war between surfers and the Navy.

In mid-December, the Military Land and National Defense Act was proposed, which would give Navy officials the right to block the approval of the public’s request to have Trestles designated as a National Historic Landmark. According to Rep. Darrell Issa, R-Vista (who proposed the act), it would protect the current arrangement between surfers and the military, who co-exist at the break without many problems. His concerns over the possible National Historic Landmark designation are, according to him, about the military’s training.

“This piece of legislation is critical to define the status quo,” Issa told the Orange County Register. “We have no objections to the designation; we have a huge concern about that designation changing or taking from our (military) training and maneuvering capability.”

Issa’s proposed bill could kill the effort to designate the beach as a National Historic Landmark, as it would give the Navy greater authority. If it isn’t passed, however, and the designation is approved, the state has the upper hand. It would also help block the seemingly ever-present threat of Orange County’s 241 toll road extension, while Issa’s bill would keep that option open.

While the designation would help stall the toll road extension and protect the area from further development, the Navy is concerned with their ability to use the property as they see fit.

“Today, everyone is saying (the designation) will have no effect,” Issa said to the Orange County Register. “But once it moves forward, if we don’t have this legislation, (we) would end up with the possibility of the court taking major pieces of maneuver areas.”

Right now, the Navy owns the land just south of San Clemente and leases a large part of it to the state for public use – the part that includes Trestles. The lease, however, is up in 2021, and there has been speculation over whether the Navy will renew it, effectively making the land their own to do with what they please.

According to a letter from the Navy to California’s Office of Historic Preservation, the Navy doesn’t think that Trestles meets the requirements to qualify as a landmark.

Although a National Register listing doesn’t necessarily come with any restrictions on property, either public or private, both parties are concerned. For now, though, it looks as though the bill will be passed, as it has 17 cosponsors.