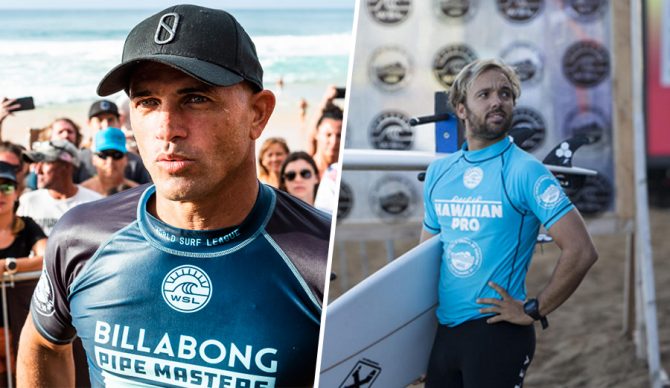 The real man-bites-dog news would have been the WSL making an exception on their 2019 World Tour roster by handing a third wildcard to a hopeful Caio Ibelli Tuesday. Instead, the league did exactly what we were expecting: John John Florence and Kelly Slater will remain in the Top 34 with the WSL’s two injury wildcards that are handed out at the end of each season and Caio Ibelli, who broke his foot back in April, is officially left out, a decision the young Brazilian said could end his career in an interview with The Inertia this week.

“Sincerely, I disagree with the decision, Kelly used and abused,” the 2016 Rookie of the Year wrote in an Instagram post. He cited Slater traveling to surf 20-foot Fiji instead of entering the Keramas event and taking third at the Surf Ranch then pulling out of France the next week as ways he abused the system.

In his recent sit-down with The Inertia, he laid out his views further and at the time was hopeful the decision would turn in his favor. “I think I deserve (it),” he said. “I gave my injury time to heal. Whatever Kelly did, some of his decisions (with his injury) weren’t very smart: I think in the eyes of everyone, nobody was happy that he was playing the system a little bit. He is Kelly Slater. But once the WSL has judged the whole process I think they can forget about that and look at the facts: ‘okay, what did he do for his recovery? Is he doing the right thing and going through the right process, or is he being reckless?’ I trust the panel and hope they make the right call.”

Obviously, that’s not how it turned out.

“It’s always a challenge when we have a large number of applicants for a limited number of wildcard positions,” WSL Commissioner Kieren Perrow said in a press release Tuesday. “In the case of 2018, all three applicants were deemed to have severe injuries that prevented them from competing in multiple events. From there, we apply our technical criteria and career achievement factors – which include World Titles, career results, prior year ranking, and ranking at time of injury.”

It’s not the definitive end of the road for Ibelli, though. Being named the first of three CT replacement surfers means he’ll get the call if either John John’s or Kelly’s injuries linger into April (or someone else gets hurt, which often happens). Slater was impressive in earning an equal third at the Pipe Masters but already said he probably won’t be competing in next month’s Volcom Pipe Pro. Meanwhile, Florence pulled himself out of the Pipe Masters altogether but was still, oddly enough, captured on video surfing Snapper.

As for the rest of the field, rookies Soli Bailey, Peterson Crisanto, Seth Moniz, Deivid Silva, and Mikey Wright make CT debuts. Beyond just punching tickets for the Dream Tour, determining this year’s CT Roster was especially significant as the 2019 WSL Championship Tour will be the primary qualifier for Olympic surfing in 2020. The top 10 ranking men and top 8 ranking women at the end of the year will determine 18 of the 40 Olympic spots. Of that, a maximum of two men and two women will qualify for each respective country, with the 22 remaining Olympic qualifiers coming from results at the 2019 and 2020 ISA World Surfing Games, the 2019 Pan American Games in Lima, and a male and female competitor for the host nation, Japan.

Read our recent take on Kelly Slater’s spotlight dominance and its effect on the rest of the world tour, here, and see the full CT lineup and replacements for both men and women, here.