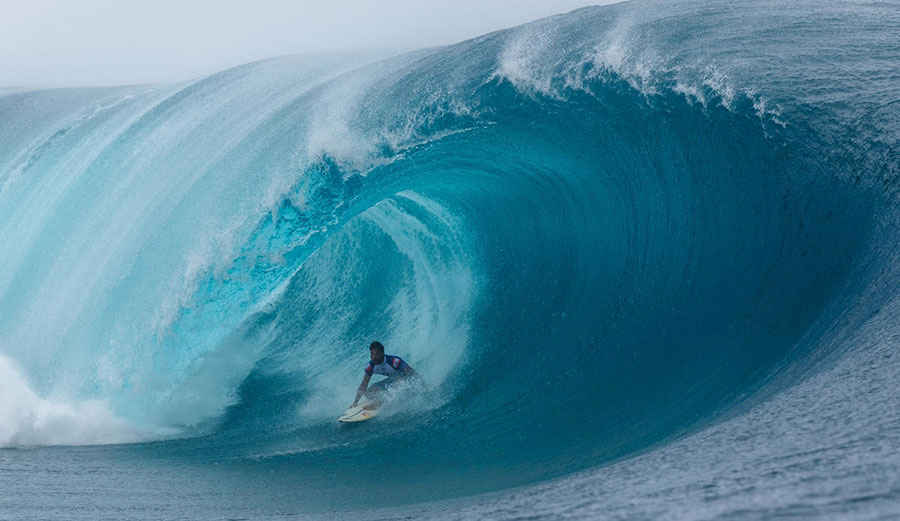 Michel Bourez, who’s representing France at Teahupo’o in August. With any luck, this will be the conditions at the 2024 Paris Olympics. Photo: Matt Dunbar/WSL

Teahupo’o is officially the surfing venue for the Paris 2024 Olympics. Last month, the Paris Olympic Games organizing committee gave their approval for one of the world’s heaviest left-handers, but the IOC Executive Board still needed to give the thumbs up to seal the deal. And in early March, they did just that.

“One more step!” Paris 2024 wrote on Instagram after the news broke. “The IOC validates the sites of Teahupo’o in Tahiti for the surfing and Concorde events for the urban sports of the # Paris2024 Games. Two new iconic sites to offer athletes and all of you spectacular competitions!”

According to reports, IOC President Thomas Bach was concerned about running an Olympic surfing event nearly 10,000 miles from the host city. Among the other options considered were Hossegor and Biarritz, but IOC members were eventually persuaded that Teahupo’o was the right place.

“The (board members) were convinced by the enthusiasm of the Paris 2024 presentation,” IOC spokesman Mark Adams said. “They assured us, and went through sustainability and, importantly too, the popularity among athletes.”

As with any surfing event, it won’t be easy to organize. Athletes competing in the Games will surf during the first week, then spend the second week in the Olympic Village in Paris.

The WSL reported that a temporary athletes’ village will be constructed in Tahiti, then taken down and “used in other parts of Tahiti as social housing.”

Fernando Aguerre, President of the International Surfing Association and arguably the person who pushed harder than anyone else for surfing’s inclusion into the Olympics, couldn’t be happier. “For surfing, Teahupo’o is a sacred place, rich in history and tradition and offering a truly authentic surfing experience, whilst paying homage to the culture and heritage of the sport,” he said in a statement to the press. Tahiti as the Olympic venue is testimony to Paris 2024’s spirit of creativity and innovation. Surfing is a sport for the new era of the Games and this approach by Paris 2024 demonstrates how our values are aligned.”

With any luck, we’ll see a run of south swell arrive when the 2024 Olympic Games kick off. The timing makes it a reasonable prospect — the Games begin on July 26, 2024, which is smack in the middle of Tahiti’s best swell season.