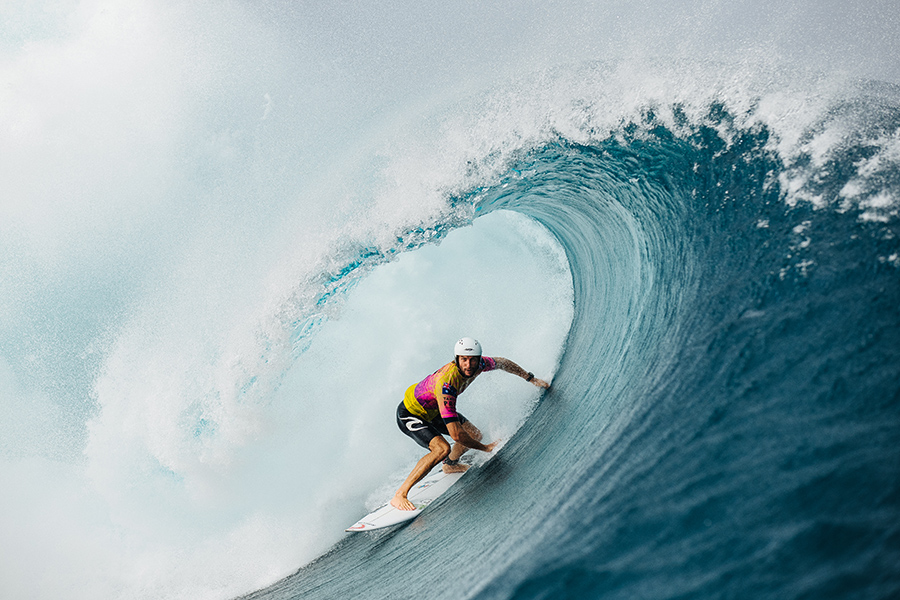 Rejoice! Teahupo’o will officially be the Olympic venue for the Paris 2024 Olympic Games. Photo: Dunbar/WSL

On Thursday, organizers for the 2024 Olympics in Paris made waves announcing that Tahiti, and specifically its resident slab, Teahupo’o, would play host to surfers gunning for gold medals in the next iteration of the Summer Games.

The news comes just a week after rumblings suggested Tahiti’s bid to be an Olympic venue was shortlisted. Now, it’s official.

“It’s an extremely pleasant surprise and recognition of our history that will restore honor to Polynesia, where surfing began,” Lionel Teihotu, the president of Tahiti’s surfing federation, told AFP.

Tahiti beat out three other potential venues in the southwest of France and Brittany. According to reports, the selection was made “on sporting grounds.” In other words, organizers knew that the event would be much more exciting for athletes and fans alike at picture-perfect Teahupo’o than a French beachie during the summertime.

The move also seriously ups the ante for future host cities (*cough, L.A.) as the waves at Teahupo’o are bound to be more exciting than whatever the ocean is able to dish up for surfing’s Olympic debut in Japan.

“For us, Tahiti represents the authenticity of our sport and the ISA’s mission to celebrate surfing’s unique culture and lifestyle, while also recalling the long history and heritage of our sport from its Polynesian origins,” said Aguerre. “Ultimately, our commitment is to the athletes and the sport and we have no doubt that Teahupo’o will offer an amazing platform for the world’s best athletes to shine.”

Having a coinciding women’s Olympic contest at Teahupo’o in 2024 will also be historic given Tahiti fell off the women’s Championship Tour some 15 years ago due to concerns over safety. With borderline condescension, organizers said by way of a press release that they have every intention of holding both the men’s and women’s contests at Teahupo’o.

“We can put the women on at a time of the day when the waves are less powerful,” said Teihotu. “We have ways of planning that now and it will allow women to also surf at Teahupo’o.”

Frenchwoman Justine Dupont, who serves as ISA’s Athlete Commission chair and who also may soon be the Guinness World Record holder for the largest wave ever surfed by a woman (pending further review), would likely bristle at the characterization that the women’s event must be held in “less powerful” waves. According to Dupont, she and every athlete she’s spoken to are thrilled by the venue choice.

“All of the top athletes I’ve consulted are super excited about the proposal of Tahiti to host surfing at the Paris 2024 Olympics,” she said. “The famed waves at Teahupo’o are revered among surfers all over the globe and will draw an unprecedented level of attention and excitement to the Games. The athletes are stoked that our opinion held such weight in the proposal. Our voices are being heard and shaping the future trajectory of our sport through Tokyo 2020, Paris 2024, and beyond.”