The Black Sheep of the Sporting World 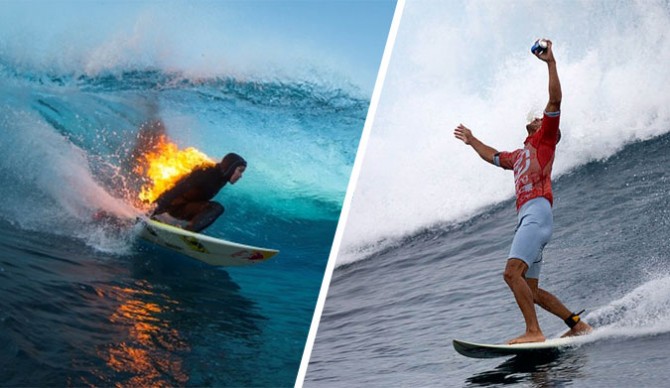 Teahupo’o: ground zero for the world’s most extreme surf stunts.

Most surfers I know loathe the phrase “extreme sport.” In fact, even “sport” is, more often than not, a stretch. But why? Are we a conceited bunch that aims to distance ourselves from other athletes by way of some self-imagined higher existence? I would hope not. But maybe. Granted, we don’t play on a team. We’re not recognized in the Olympics (yet). And we don’t slap each other’s asses in the parking lot after a solid session. At least, most of us don’t.

Before the introduction of competitive surfing, it was a lot easier for surfers to separate themselves from the rest of the sporting world. Unlike most sports, surfing has no fixed arena, playing field, or court. Every wave is distinct, making competitive surfing nearly impossible to judge precisely, like a subjective estimation of performance. This inconsistency often leads to controversy, hence Mick Fanning’s World Title-winning wave at Pipe in 2014 against Yadin Nicol.

The potentially flawed system of judging and the uncompetitive nature of surfers has spawned a mass exile of some of surfing’s best. Instead, many surfers are unranked and linger in the shadows only to debut the occasional online clip. And over the years, certain surfers have shown their aversion to wearing jerseys and hunting scores in a variety of ways—everything from Dane’s 2011 letter about leaving competition to Noa Deane at Surfer Poll to Bobby Martinez’s infamous post-heat interview in New York.

And because competitive surfing strays from the set distinctions of other sports, it has been grouped into the category of “action sports” or “extreme sports.” It’s a wild world of horsepower, handrails, and untraditional uses of boards and bikes. But still, surfers dislike this classification. We don’t relate to back-flipping BMXers or the rest of ‘em. We continue to feel outcasted here as well. 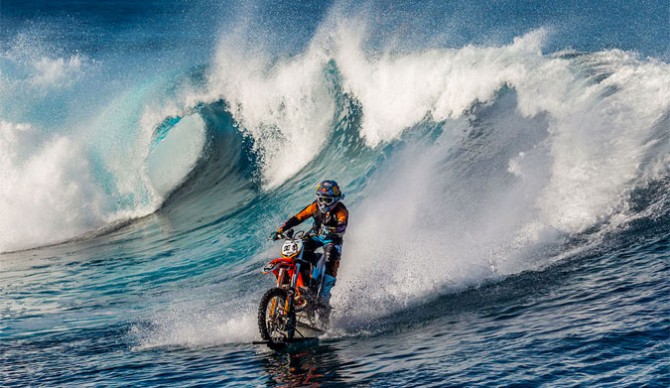 When motocross superstar and certified madman, Robbie Maddison, took his modified dirt bike out to Teahupo’o last week, the surfing community blew up. Some found it to be awesome—a bold step in a new direction of wave riding possibilities. Others saw it as unholy marriage of an extreme stunt with our coveted isolation from the sporting world. Similar to the ‘90s when Laird Hamilton and crew used jet skis for the first time to catch massive waves at Jaws, Maddison’s stunt (and many other surfing phenomena of late) generated serious debate.

But then again, for most of the world, surfing is extreme. We willingly lend ourselves to Mother Nature’s mercy every time we set foot in the ocean. We suffer two-wave hold-downs. We ride crafts of foam and fiberglass on hundreds of square pounds of water, spawned from the depths. Surfing as a sport (or whatever you want to call it), is rightfully insane. It’s an unnatural adaption of what can be done in the natural world. And when you add in elements like Jamie O’Brien getting tubed while on fire or Mark Visser surfing Jaws while glowing at night or G’Mac surfing a calving glacier (yup, that happened), that only further proves the sport’s extreme-ness.

By definition, most sports are active. So “action sport” or even “extreme sport” is an honest description of surfing, whether we like it or not. Most can agree that only “sports” that you can drink a beer while doing—bowling, darts, billiards—shouldn’t count. But until surfers figure out a way to tie one on while taking off, then we have to come down off our high horse and accept our place among the rest of ‘em. Oh wait, Kelly did that already...