The Idiocy of Going Leashless (on a Sunday at Malibu)

One of my best surf buddies from Italy decided to come visit California recently. We grew up together, but for a combination of reasons Renato had never made it here for a surf. I was happy when he finally arrived and I took it upon myself to be the best surfing host. I was pretty excited to show him the good spots. Thankfully, we had two south swells in a row on the way.

Amongst the various surfing tour guide activities, I took him to Album surfboards in San Clemente, checking out Matt Parker’s boards that are an absolutely gorgeous sight. Renato immediately fell in love with a black beauty – an absolute work of art – a 5’5″ doom X painted matte black with glossy black graphics. It was one of those boards so beautiful that the simple act of putting wax on it seems blasphemy. Renato pulled the trigger and bought it.

The next day we surfed Malibu for the first time. Third point was as crowded as you can expect during a weekend swell. And by  Sunday I had too much work to catch up on, so for the first time in a week of surfing together I sent Renato back to Malibu on his own.

Later that morning Renato and I catch up and he tells me the brand new beautiful black surfboard is heavily injured. Someone had been surfing Malibu on the Sunday of a (dying) swell without a leash. Since that wasn’t quite enough danger for others in the lineup he also decided to do some work on his aerial game. Of course he lost his board, sending it straight in the direction of Renato and his brand new board. The tragic result was a perfectly placed fin gash to the rail and a chewed up nose from tumbling across the rocks.

To add to this display of idiocy, the offender played the “I don’t know how it happened” routine, followed up by offering to give Rentao the phone number for a “cheap ding repair.”

So we have a brand new beautiful board that’s been destroyed, no honest to goodness apology, nobody taking responsibility for it, no offer to pay for it all, but at least a phone number for a cheap repair (not even a quality repair place). Renato ended up just shaking his head at a loss for words and walking away.

A couple of years ago I was hit on the shoulder by a 12 foot heavy log while duck diving in Rockaway New York. I could not move the shoulder afterwards and lost my session. Had it been inches to the right it would have knocked me out cold. My wife was once hit by a board in Malibu and almost stopped surfing afterwards. In both instances those boards had no leash attaching them to their inconsiderate surfers. It’s safe to say almost everyone has an anecdote of their own, nearly escaping stitches or worse.

We share the ocean with others and the safety of everybody in the water is our number one responsibility to one another.

Now, I have a black board to repair, as I am the “cheapest” and fastest solution. 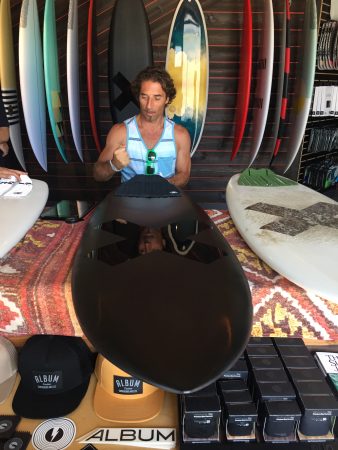 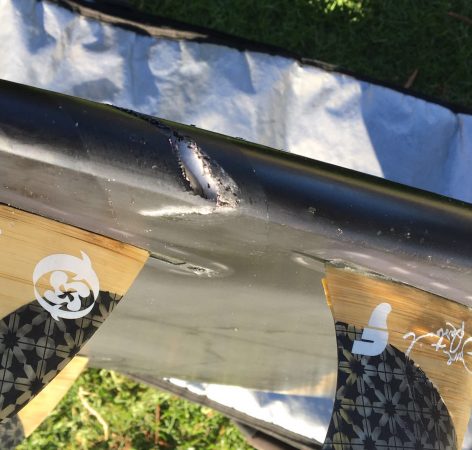