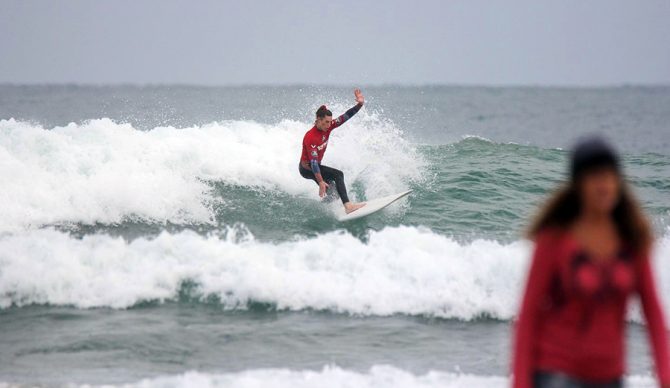 After both of the sports top entities, the ISA and World Surf League (WSL), were careful to take any definitive stance in the past, the ISA has recently published the official transgender policy on its website.

According to the policy, a transgender women will have to show the ISA Medical Commission “​​that her serum testosterone concentration has been less than 5 nmol/L (nanomoles per liter) continuously for a period of the previous 12 months” in order to compete in a women’s division. There was no designation in the policy on how often competitors would be tested leading up to an event or season in order to qualify, or what testing methods would be used.

To provide some context: While estimating average testosterone levels is notoriously complex, according to Mount Sinai Hospital, the average levels range between 10 and 35 nmol/L in men, and 0.5 and 2.4 nmol/L in women.

The decision comes after a statement from the International Olympic Committee (IOC) in November, 2021 where they avoided making a blanket policy, punting the decision of transgender classification to the international federations. The IOC released a vague framework that encouraged federations to be fair, inclusive, and evidence-based, among other things.

So, how does surfing’s policy compare to other sports? The reality is that only a handful of Olympic international federations have crafted such policies, but the ISA’s falls in line with the more ‘liberal’ regulations, mirroring those created by World Rowing and the International Tennis Federation

The policies of World Triathlon and the International Cycling Union go a step further, requiring transgender women to demonstrate testosterone levels of less than 2.5 nmol/L continuously for a period of at least 24 months.

The International Swimming Federation (FINA) and World Rugby both took more aggressive stances, essentially banning trans athletes from competing in the women’s events. (FINA’s policy includes a caveat, allowing for transgender women who have transitioned by the age of 12.)

The ISA’s policy leaves the door open for interpretation and adaptation, as an athlete may also have to meet “any other requirements reasonably set by the Executive Committee and/or Medical Commission.”

The ISA also acknowledges that they will reevaluate the policy on a yearly basis as research, information, and feedback becomes available.

The fact that the ISA has a defined policy puts them in the forefront of Olympic federations. Many federations, such as FIFA, the largest one, still have not defined any guidelines.

This policy is unlikely to have any significant effects on the competitive surfing world in the present, but the fact of the matter is, where there was no route for transgender athletes to compete, an official pathway now exists at the highest level of the sport, including the Olympic qualifiers. One can imagine that this framework will filter through to the Paris 2024 Olympic format as well.