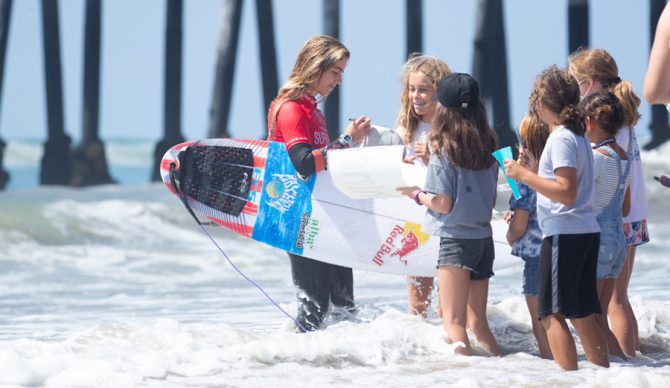 For the past 15 years, the annual Super Girl Surf Pro event has been going strong as a celebration of women in surfing, and a hub for female empowerment. When it began in 2007 it made a splash as the first all-female surf contest and event, but since then it has grown to include e-sports as well as other action sports, live music, lifestyle events, and has drawn some of the top female surfers in the world such as Olympic gold medalist Carissa Moore, Caroline Marks, Tatiana Weston-Webb, and others. This year, for the first time ever, the Super Girl Pro is bringing the stoke of female empowerment through surfing to the East Coast, where the second of two events will take place at the Jacksonville Beach Pier in Florida November 12-14. 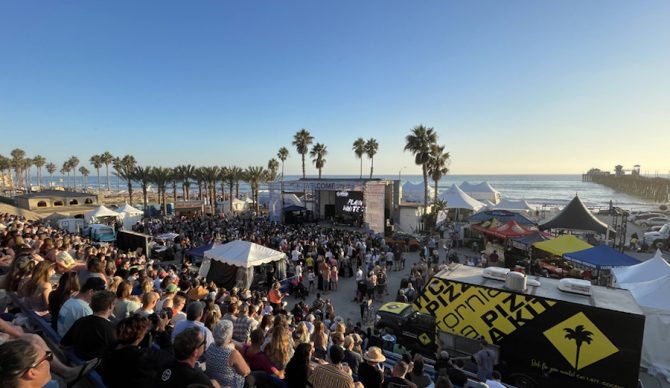 The Plain White T’s perform at the Oceanside event this past September. Photo: Super Girl Pro

The Super Girl Pro Oceanside ran this past September, and was a huge success. Team USA Olympian Caroline Marks won the shortboard competition, earning her first Super Girl Cape, with a huge air reverse in the final minutes of the event.

Also of note, the Super Girl longboard division ran for the first time in Oceanside with Kirra Seale taking home the honors, and the Adaptive Surf Exhibition was commentated by none other than Bethany Hamilton, and won by Alana Nichols (Prone Division) and Faith Lennox (Stand Division). Panels on female empowerment hosted leaders such as Major Lauren Olme, one of the first women to fly the B-1 bomber, and Dr. Jen Welter, the first female coach in NFL history. Live music ran all weekend with performances from artists such as Sofia Carson, Plain White T’s, Maggie Lindemann, Kira Kosarin, Austin Mahone and many more. 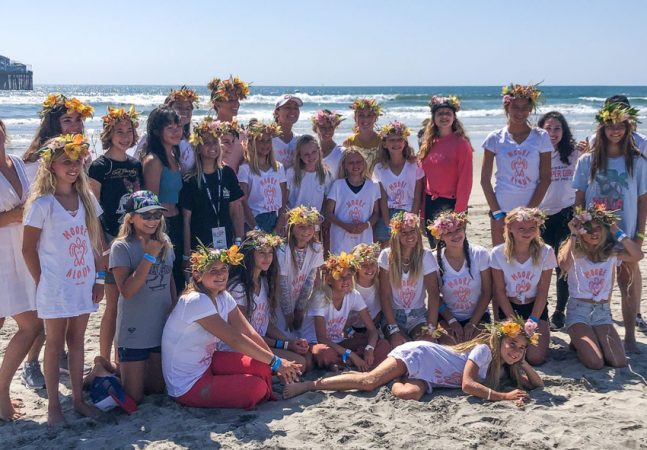 The event in Jacksonville Beach will feature many of the same surfers as the Oceanside event, as well as local surfers from the area. Thursday, November 11th will kick things off with a mentorship program where Carissa Moore’s Moore Aloha Foundation hosts 24 young women from the local community for a day of surfing and mentorship with the five-time world champion. Other notable surfers attending and competing in Jacksonville include Florida-born Caroline Marks, Samantha Sibley and Sage Erickson, all former Super Girl Pro winners. The Ultimate Surfer winner Tia Blanco will also compete as well as supergrom Caity Simmers (a former Super Girl champ herself) and winner of the 2021 US Open of Surfing.

In addition to the surfing, the Super Girl Pro Jacksonville will feature 12 live concerts with artists such as Hoobastank, The Expendables, John K, and returning artists Plain White T’s and Kira Kosarin. Other competitions will include skateboarding, DJ-ing, beach volleyball, beach soccer, and esports, and there will be celebrity speakers and panels, as well as fitness classes all completely free to the public. You can find the full event schedule here. 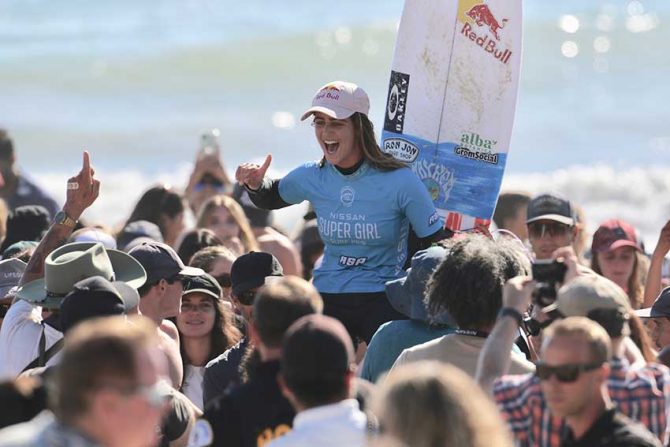 Caroline Marks gets a lift up the beach after winning the Oceanside Super Girl Pro with an impressive air reverse. Photo: Super Girl Pro

The event is focused on celebrating women, but any and all genders are of course welcome, so get on down to Jacksonville Beach Pier for some weekend fun and to show your support for a great cause. If you can’t make it, be sure to tune in at Supergirlprojax.com or below.