The Women of the Rip Curl Pro Bells Beach 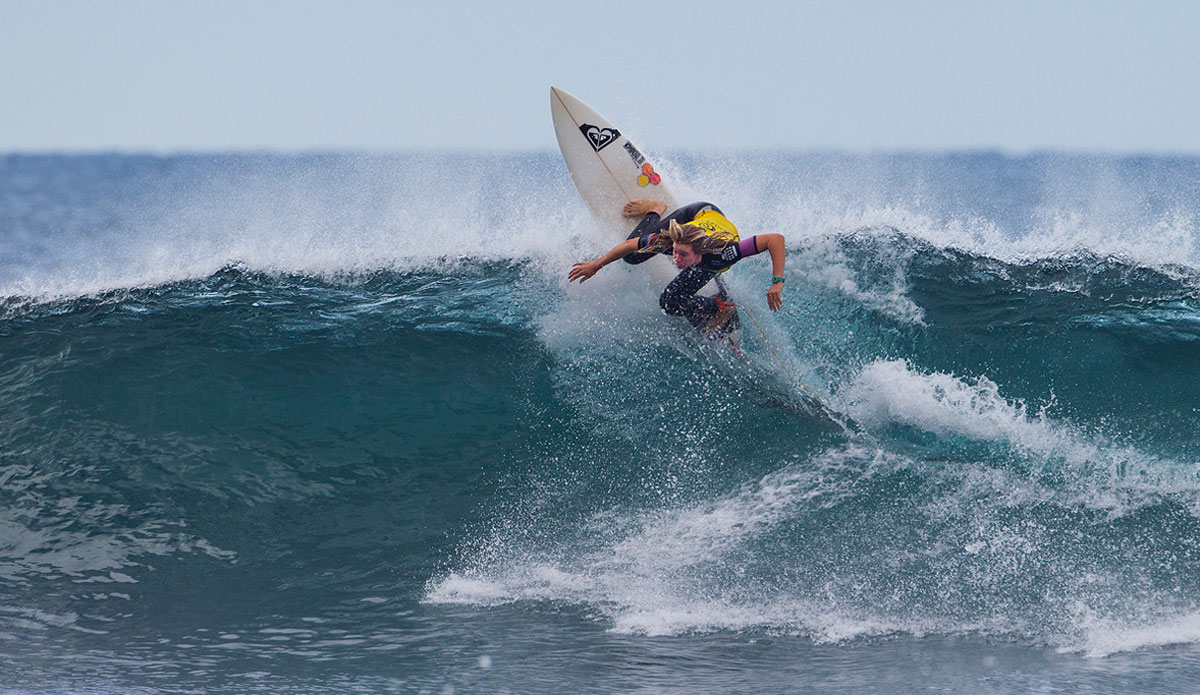 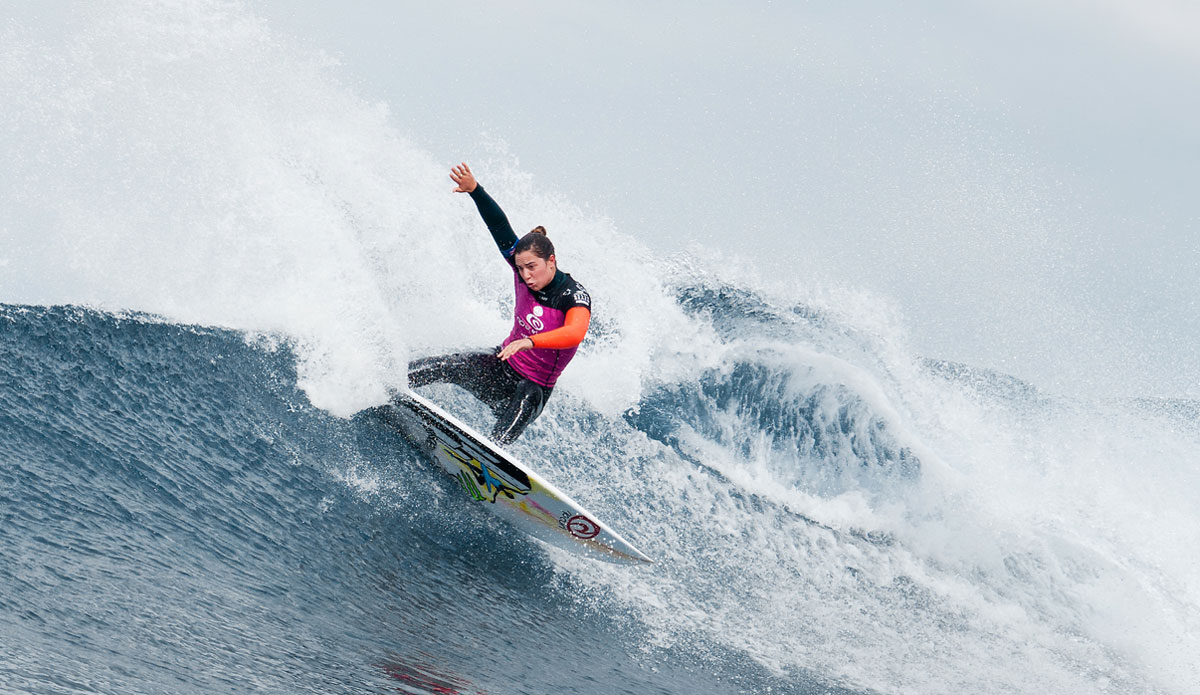 Tyler Wright of Lennox Head, NSW, Australia (pictured), advanced into the semifinals of the Womens Ripcurl Pro Bells Beach, defeating Lakey Peterson (USA) with a heat total of 12.94 points (out of a possible 20.00) in quarterfinal three at Bells Beach today. Photo: Cestari/ASP 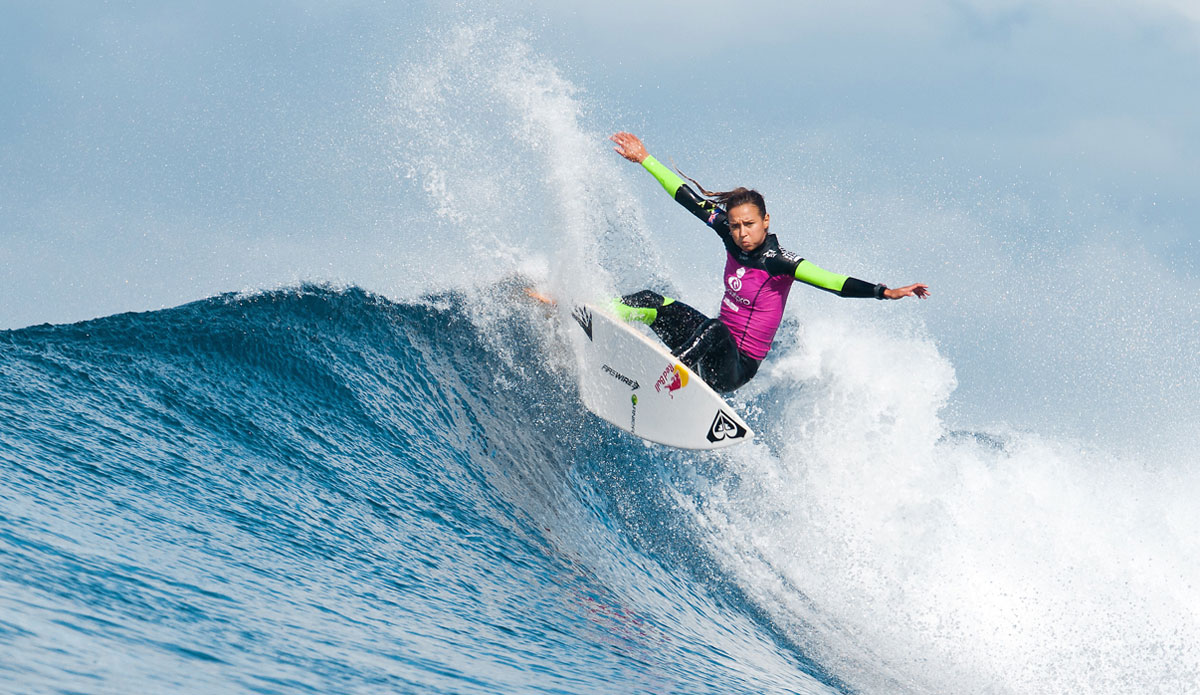 Sally Fitzgibbons of Gerroa, New South Wales, Australia (pictured) advanced into the semifinals of the Womens Ripcurl Pro Bells Beach, defeating Malia Manuel (HAW) with a heat total of 17.10 points (out of a possible 20.00) in quarterfinal one at Bells Beach today. Photo: Cestari/ASP 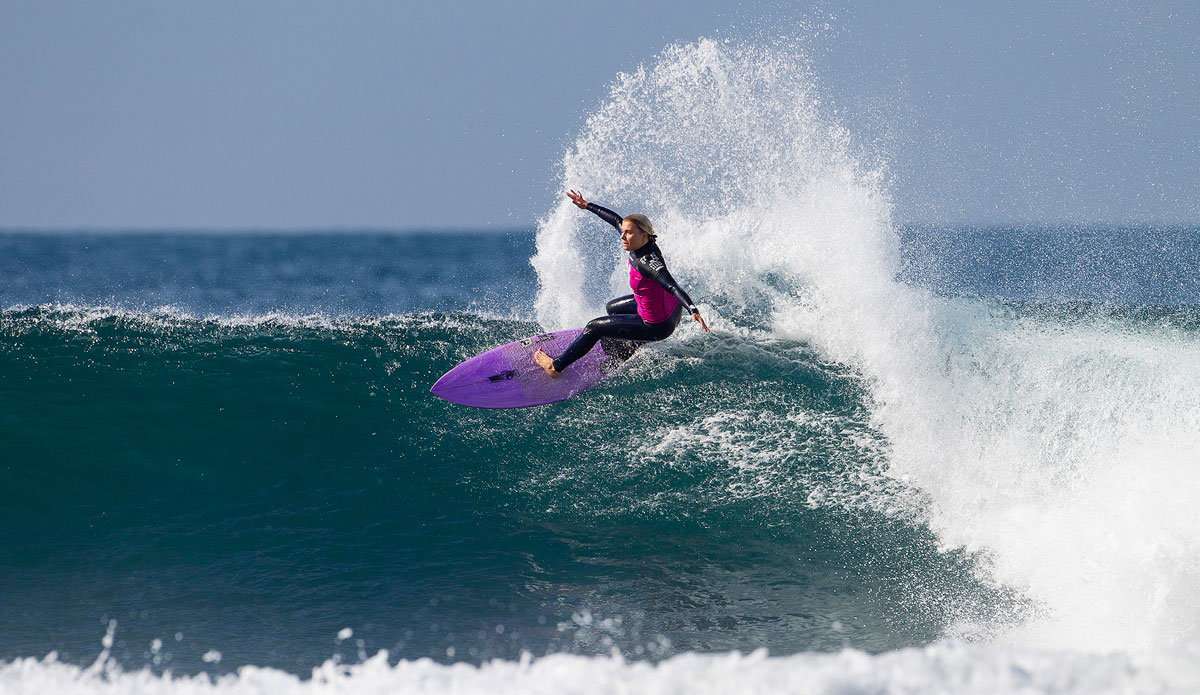 Dimity Stoyle of the Sunshine Coast, Australia (pictured) posted her best result of the season, placing equal 5th at the Rip Curl Pro Bells Beach on Tuesday April 22, 2014. Stoyle reached the quarterfinals where she was eliminated by Stephanie Gilmore. Photo: Kirstin/ASP 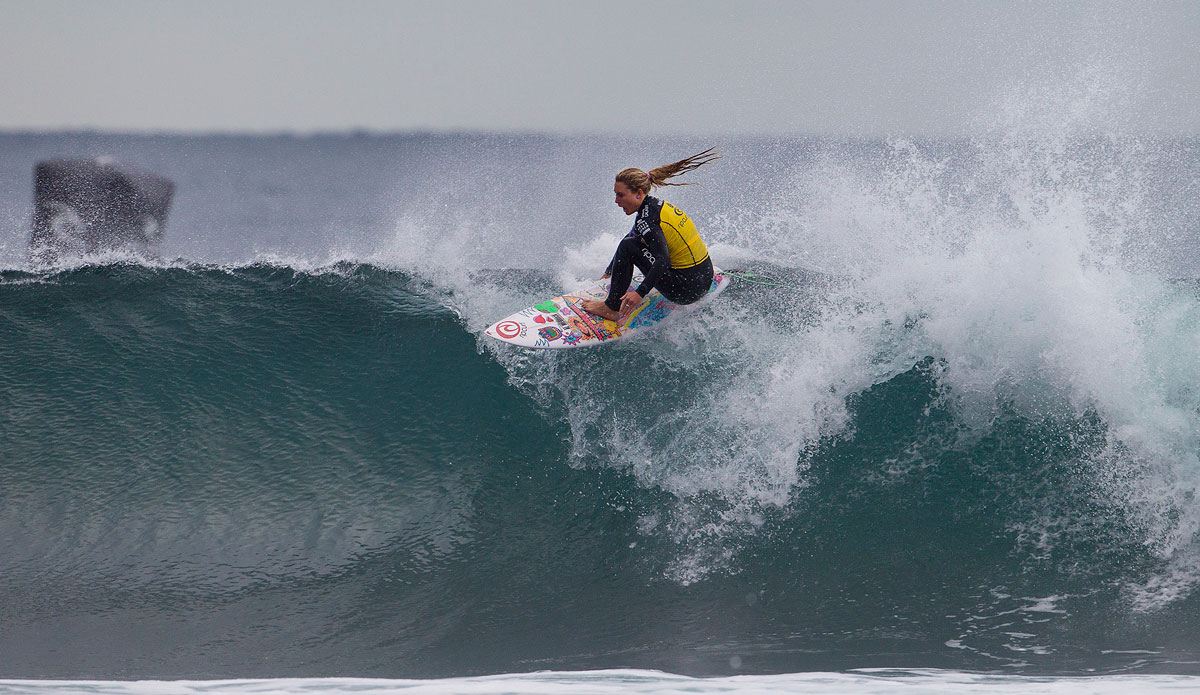 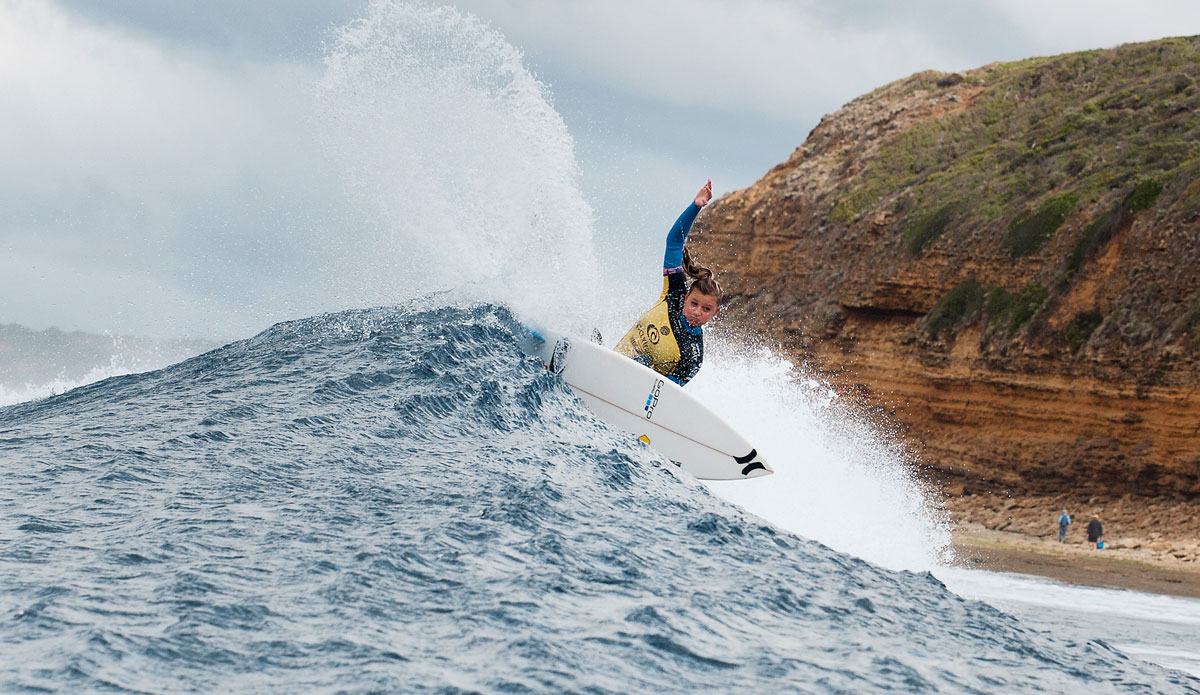 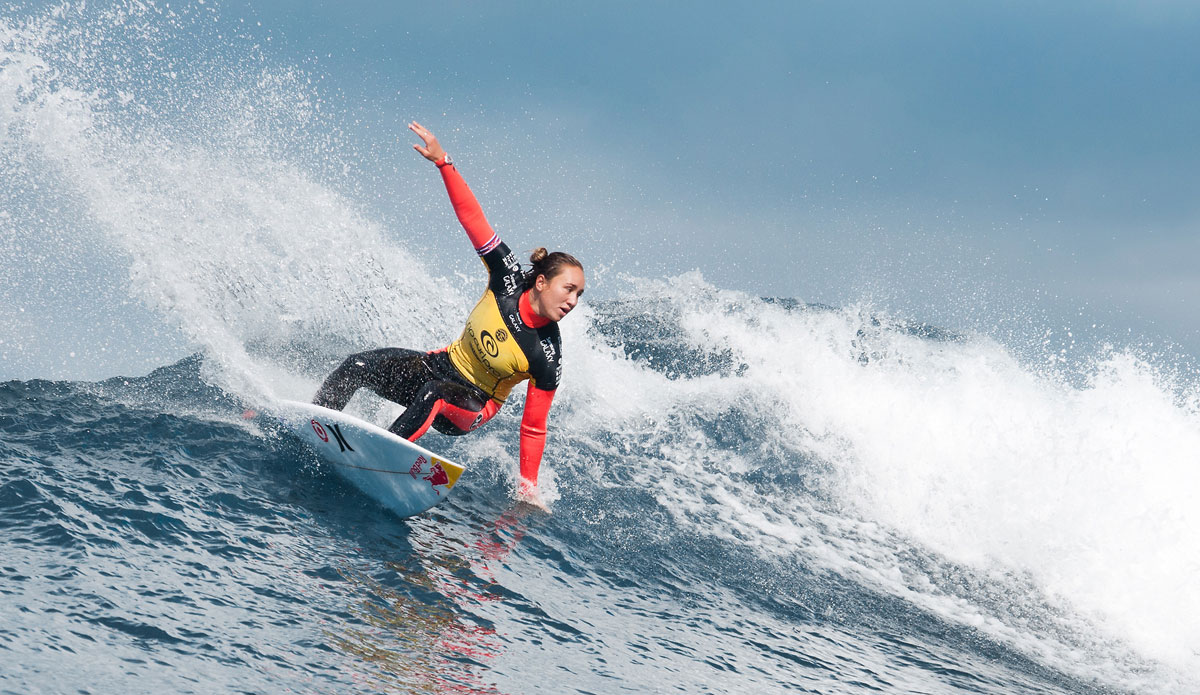 Carissa Moore of Oahu, Hawaii (pictured) advanced into the semifinals of the Womens Ripcurl Pro Bells Beach, defeating fellow Hawaiian and close friend Coco Ho with a heat total of 17.84 points (out of a possible 20.00) in quarterfinal two at Bells Beach today. Photo: Cestari/ASP

Almost every time there’s a women’s event, someone complains (and often for good reason) that the men always run their heats in the better waves. But after yesterday’s heats at the Rip Curl Women’s Pro at Bells Beach, no one said a thing – and the girls were absolutely ripping in nearly perfect conditions.

Nikki Van Dijk made one thing absolutely clear: she is a force to be reckoned with. Although she lost her heat, she proved that she’s either made of steel or incredibly tough. After an early mishap with a board, her face, and a whole lot of bruising, she chased a fat section of the wave a little too far inside, dry docked it on the rocks, and dove headfirst into a boulder field. After the audience stopped panicking, she stood up, flexed both wrists, checked for blood, and paddled back out like she didn’t just face-surf onto a boulder. She is a better man than me, and much prettier.

Another standout that lost her heat was rookie Dimity Stoyle. Unsponsored, extraordinarily talented, and so obviously happy just to be surfing, Stoyle moved up through her heats, slaying her heroes along the way. When she came to Stephanie Gilmore, however, the waves turned off, and Gilmore’s experience paid off, and she took the heat. Stoyle is going to start turning heads very soon. But first, someone needs step up to the plate and lay a sticker on the empty spot at the front of her board.