The WSL Is Looking for Its Next Commentator: Must Be 11-Time World Champion 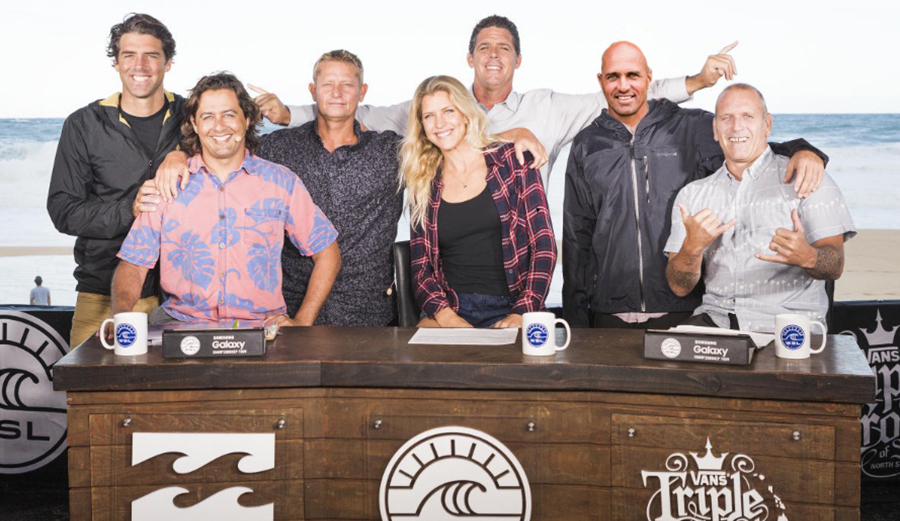 “I’m picturing the perfect candidate in my mind, and we won’t settle for anything less,” said WSL CEO Sophie Goldschmidt. Photo: WSL

On Monday, the World Surf League announced a worldwide search for the next big voice in professional surfing, an effort the League says could take the better part of two years to find.

“From Joe Turpel to Pete Mel, Strider Wasilewski to Rosy Hodge, these are voices that over the years have become synonymous with delivering sharp, meaningful commentary on the World Surf League’s Championship Tour circuit,” said WSL CEO Sophie Goldschmidt in a press release. “Given the increasing demands of growing the League’s visibility, we recently decided to open one more position on the commentary dais. We’re hoping a new voice keeps us even more so on the bald, I mean ball.”

Included in the posting on the WSL’s Careers page are a handful of curious qualifications. First and foremost, it reads, “to perform essential duties listed in the job description, the candidate MUST possess no less than 11 ASP/WSL world titles, and be able to garnish evidence thereof during an interview.”

Additionally, the posting explains, “Florida native, with a 5’9″ build a plus.”

In a release, Goldschmidt explained her willingness to wait for a year-and-a-half, or even longer to fill the position. “I’m picturing the perfect candidate in my mind, and we won’t settle for anything less,” she said.

When asked if she could name a perfect candidate, Goldschmidt stopped short.

“I have good reason to believe that an ideal candidate we’ve been courting for some time may be looking for their next big role very soon. Beyond that, I can’t give any more detail,” she said.

Editor’s Note: This is a work of satire.