These Fins Are Like Turbo for Your Surfboard, Inventors Say

Two friends from Australia have spent the better part of four decades toiling away in an effort to revolutionize conventional surf fins. More than $2.5 million later, Glenn Miller and Wayne Blakeney believe they’ve come up with the ideal fin to enhance a surfer’s speed through the water, and recently unveiled their creation at the opening day of the Margaret River Pro.

Quobba Fins – coming from the Aboriginal word for “first” or “best” – look normal enough. The template is comparable to a modern fin, but around the base of each is where things differ, with wings and a sort of widening point before narrowing in the area that slides into the fin box.

According to Miller, the fins are designed to produce lift – a term that has apparently gained popularity in recent years from hydrofoiling.

“The faster the water is moving around our fin, the more the pressure becomes lower. 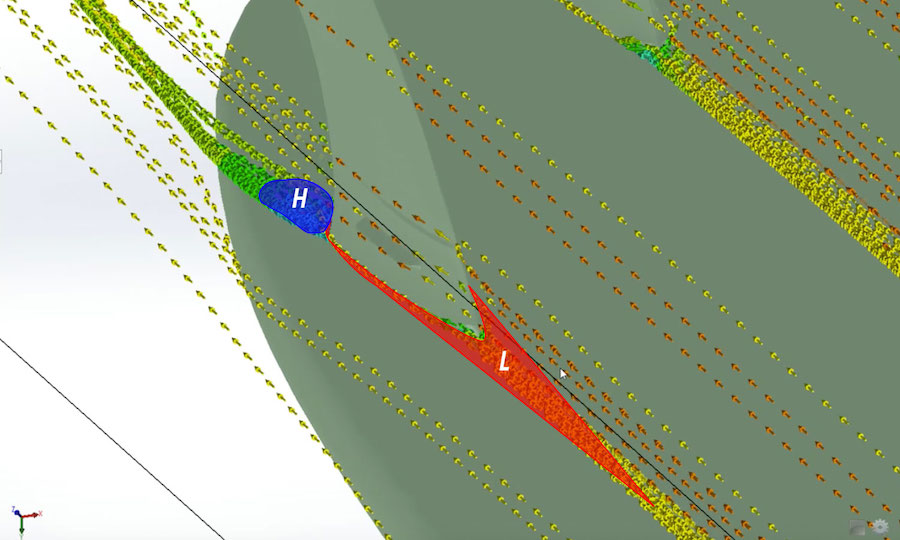 This diagram illustrates the low pressure these fins create that the company argues propels you faster through the water. Image courtesy of Quobba

Miller told ABC Australia that the trial and error process was expensive (at $900 per set of fins) and quickly added up over the years. But when he tried the prototype that would eventually go into production, he knew they were onto something.

More than four years ago, former pro surfer Mitch Thorson gave them a whirl, was hooked, and decided to invest.

The fins are made from an ultra-strong high-performance polymer the company sources from Switzerland, and produced in Taiwan.

Quobba certainly isn’t the first company to seek to adapt the decades-old fin design. Save fin boxes and materials, only recently have companies like S-Wings and AU Fins and Turbo Tunnel sought to drastically modify the appearance of fins.

Full disclosure, we have yet to give these things a go. But, according to former pro surfer Jano Bello who Quobba recently brought on board the difference is radical.

“The first time I rode them I felt it straight away,” Bello told ABC.