Surf competitions are criticized as inaccurate displays of skill with subjective judging and an uneven playing field. One judge might see a single maneuver as a Perfect 10, whereas another might view it as a low 5. Or the waves might go flat. It’s an abstract clash of opinion and unpredictability. But what if you could oust that cloud of uncertainty?

The Trace Action Sports Tracker supplies surfers with concrete numbers and data from a session, allowing for an objective display of performance. As a hockey-puck shaped board mount, the product digitally maps everything from wave count to distance surfed to degree of turns.

And to demonstrate the product’s abilities, Trace has tapped some of the world’s best groms for the first ever digital surf contest: Trace Up / Stack Up. Throughout the month of December, the surf prodigies, hailing from a variety of different surf towns, will record their sessions at their respective home spots and beyond. In the end, the winners of separate categories will take home cash for coming out on top.

Halfway through the competition, the youngins have already put up some huge numbers. It’s surf quantification that adds a strange yet awesome concreteness to a surf session – something foreign for most surfers, but also comfortingly clear. From Finn McGill flying down a Waimea Bay bomb at over 30 mph to Santa Cruz’s Sam Coffey surfing a distance of over a whopping 20 miles, the numbers don’t lie. Here’s a breakdown of the contests’ leaders thus far: 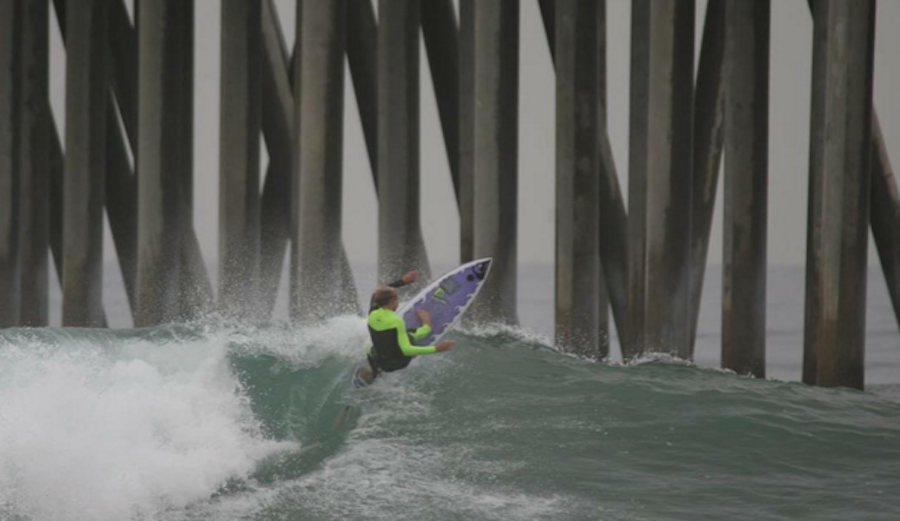 Huntington Beach’s Griffin Foy is holding down the lead in the wave count category. Photo: @griffin_foy 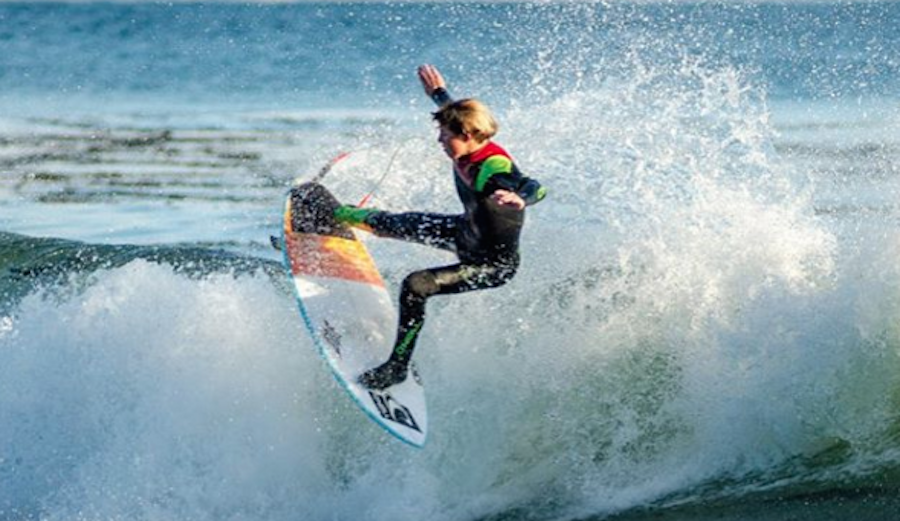 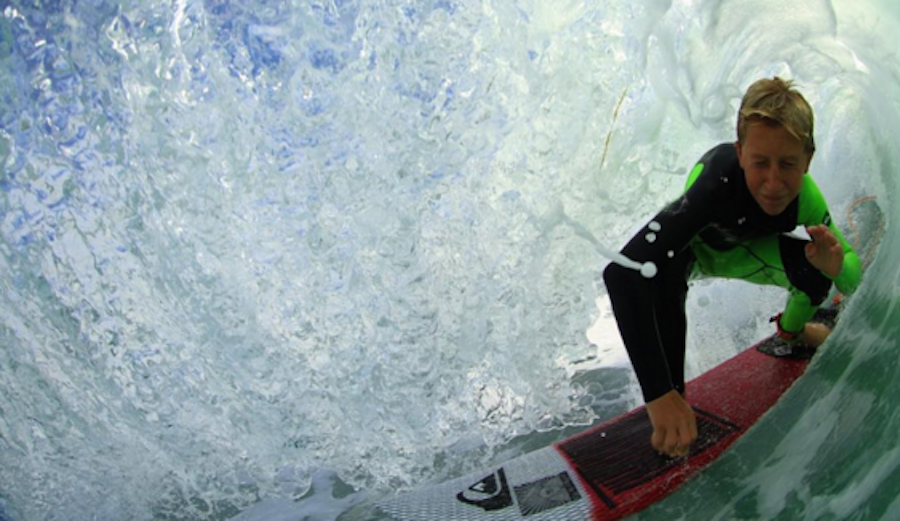 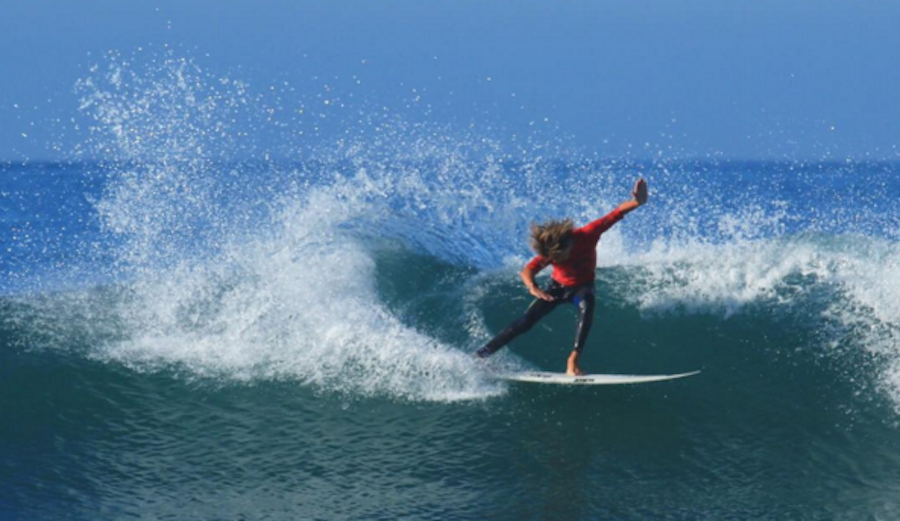 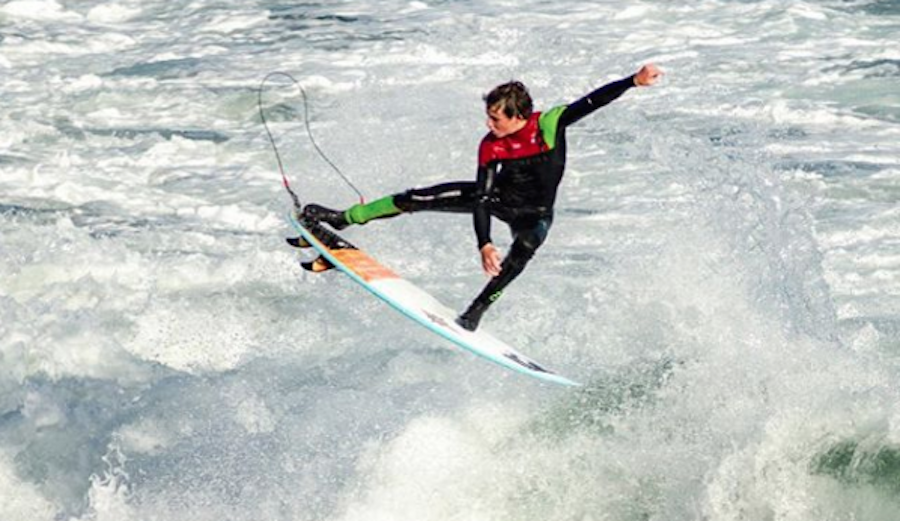 Sam Coffey is clocking in with the contest’s top speed. Photo: @samcoffey9 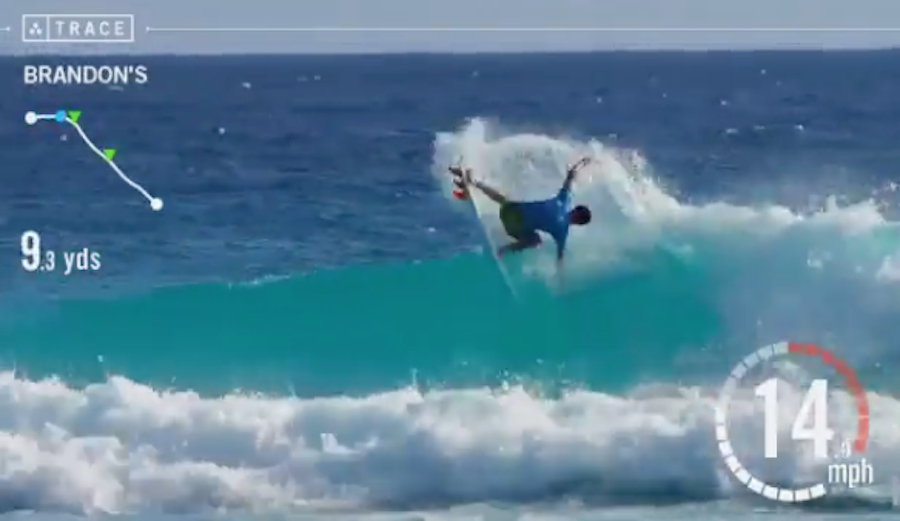 Dane Mackie of Barbados is holding down the top spot in the video contest. Photo: @danemackie