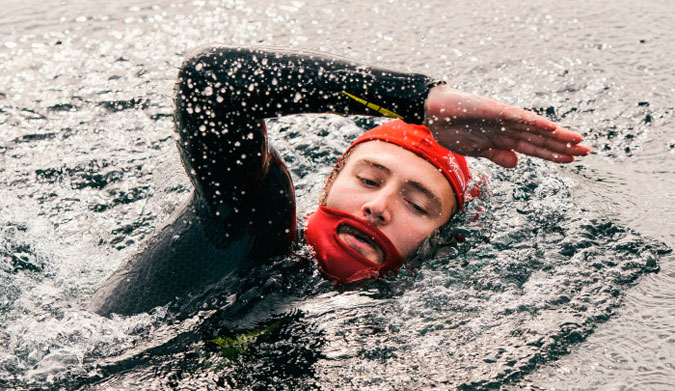 Beards are like, super hot right now. Combed, oiled beards. Maintenanced beards, with no tangles and no stranglers creeping into the mouth of the beard-wearer. Normal beards–the ones that grow on your dad and the guy that just doesn’t care about shaving–aren’t super hot. They’re just hairy faces with a lazy wearer underneath. I fluctuate between a beard and no beard, mainly because I hate shaving, so I put it off for a month at time, then get tired of showing up to work with dried toothpaste in my beard.

If you’re in the former camp of beard-wearers, the ones that comb and love and stroke your beard, Virgin Trains has your back. They made a beard cap. It’s like a swim cap, only on the bottom side of your head. Finally, right?

The UK Train company and the Great North Swim came up with a lycra cap just in time for the UK’s largest open water swimming event. Virgin Trains commissioned a research mission to find out exactly how many men think beards make them a slower swimmer, which is one of those questions that everyone always wonders, but no one thinks to pay a group of people to ask another group of people about it. Of the 2,000 bearded men surveyed, nearly a quarter of them thought their beard slowed them down in the water.

“As a newly bearded man, who is also a keen swimmer, I can empathize!” said Alex Jackson, event director at Great North Swim, who is very excited about being a newly bearded man. “We’re sure our swimmers will appreciate the efforts Virgin Trains has gone to and perhaps the Beard Cap will solve the problem of ‘facial hair-drag’ and encourage more guys to suit up and take the plunge in 2015!”

So if you’re one of those people that loves your beard, but hates how much it slows you down when you’re swimming, and you’re also a person that wants to look like a Lycra-covered, clownier version of Hannibal Lecter, you’re set. 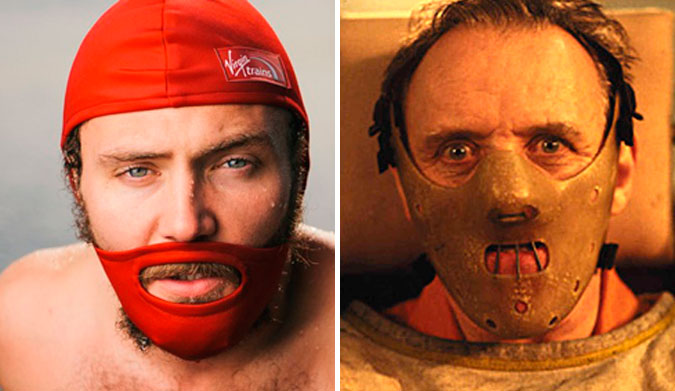 Yeah, this doesn’t look weird at all.