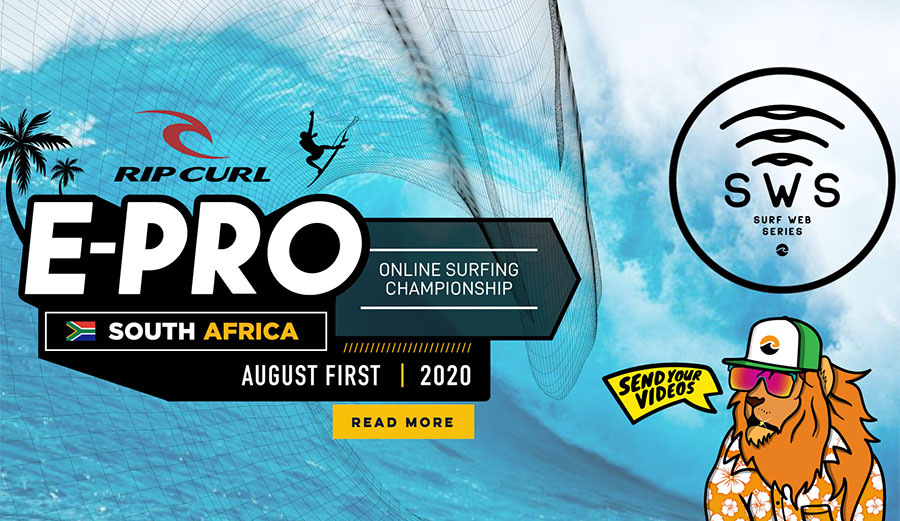 The SWS was born out of a need to figure out how to hold a surf contest. And you can be a judge. Image: SWS

The Coronavirus really put a damper on things, didn’t it? No haircuts, restaurants shuttered, movie theaters with the lights off and the doors locked, professional sports players sitting around getting fat. And of course, death. Everywhere death. As time goes on, though, and the pandemic stretches out — in the United States, anyway — loopholes are being figured out. One such loophole gives pro surfing a thin ledge to stand on: the Rip Curl E-Pro, a global event series with stops in Mexico, South Africa, Japan, and Australia. If a person can’t hop on a plane to compete in a surf contest, how can there be a contest, you ask? Well, we are in the future, after all, so the answer to your question comes in a single word: virtually. The Surfing Web Series lets surfers send in clips of their best waves from a certain period from their home country. Then, fans vote online and four judges give their professional opinion.

Since the first heat of the South African leg of the Surf Web Series (SWS) goes live on Instagram on August 1, this is probably a good time to let you know about it. “SWS was born as a solution to the travel and other restrictions and challenges the world is currently facing,” reads a press release that landed in my inbox a few days ago. “It aims to connect surfers, waves, partners, and fans through the Internet. It is a disruptive concept, yet comprises uncomplicated engagement with the audience. It allows the promotion of surfers using widely-available technology and supports talents without geographic or economic barriers.”

It’s a simple idea, but one that wouldn’t have worked at all just a decade or so ago. Athletes compete by entering surf videos from around the world. They pick the clip of their best performance on the best waves in their home countries, send them in, and sit back. Then, a jury made up of fans who vote through social media pick the winner — along with a bit of help from four professional judges who will score each wave based on the current criteria. You know, the whole speed-power-flow thing. Those judges are Cyril Nel, Johno Hutchison, Bongani Xulu, and Dillen Lowenthal, all of whom are experienced in the act of putting numbers on waves. I’m guessing they have the judges so that it’s not just a contest for who can get the most friends to vote.

“The best contest- and free-surfers from each country can compete from their own home breaks,” the organizers explain. “They are able to showcase their best performances without traveling anywhere, giving the opportunity to anyone that has impressive surfing, no matter his sponsors, image, social media, or any support. Performance is all that counts.”

The first event is already in the books. It was in Mexico, and included 32 of the best Mexican surfers. The winner was Jafet Ramos, a prodigy from Puerto Escondido. Each international event is run over a two-week period. The best surfers in the country compete in a series of elimination rounds, with competitors submitting a single wave clip per heat. That wave, obviously, must be from the country of the event and must have been surfed during a specific period.

Like I said before, the South African leg kicks off on Instagram on August 1. After that comes Japan on August 24 and then Australia in September. In the months following, there will be five other events in five other countries.

“The first edition of the world championship will conclude with a final event, in which the best of each country will compete against each other,” the release says. “This is set to take place in February 2021.”

If you want to get on the judging panel, it’s pretty simple: just follow @surfopenleague on Instagram. “Fans, friends, and surfers are encouraged to go to the heat on Instagram and vote by tagging the surfer they want to win in the comments section below the post,” organizers said. You can also see the event on Facebook.

While it does indeed seem likely that sometime in the future, things will go back to normal, it’s not likely to be anytime soon. The Surf Web Series will, at least, give you a chance to feed your hungry pro surfing beast, if you have one.