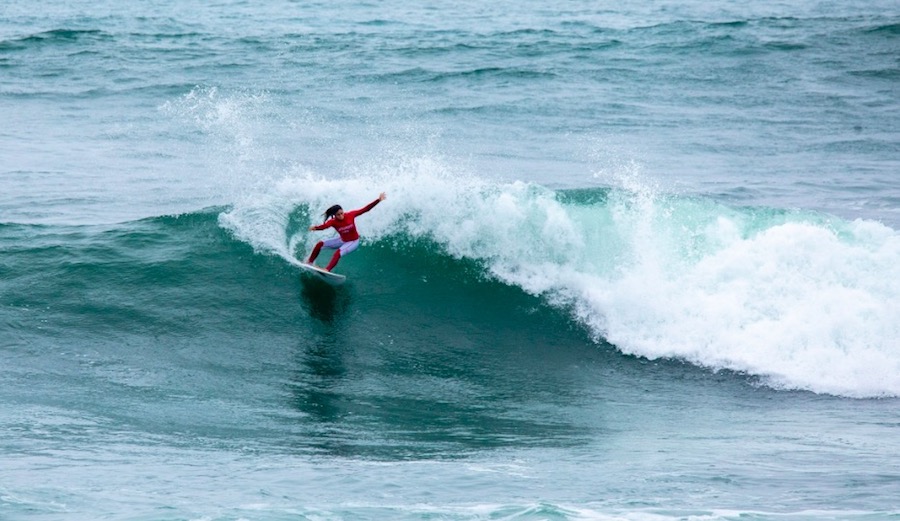 “I am so happy that this event came here in Peru. I have a strong connection with the wave at Punta Rocas.” Daniella Rosas putting it on rail. Photo: Jimenez/ISA

At best, the scheme through which potential Olympic surfers can qualify to represent their country in Tokyo in 2020 is convoluted. But, after winning gold in surfing at the 2019 Pan American Games, two previously unknown surfers from Peru –Lucca Mesinas and Daniella Rosas – will very likely be two of the 40 surfers competing when the sport makes its Olympic debut next summer.

As a quick refresh, Olympic qualification for surfing involves different pathways including the men’s and women’s WSL Championship Tour, the 2019 and 2020 ISA World Surfing Games, and the 2019 Pan American Games, which just concluded over the weekend. The reason for this, according to what ISA President Fernando Aguerre has explained to us in past discussions, is the International Olympic Committee desires a field of competitors that’s both a crop of the most talented in their discipline and equally as broadly geographically representative as possible. Recall that 18 surfers will come from the CT (10 male and 8 female) and the rest will qualify through other means. 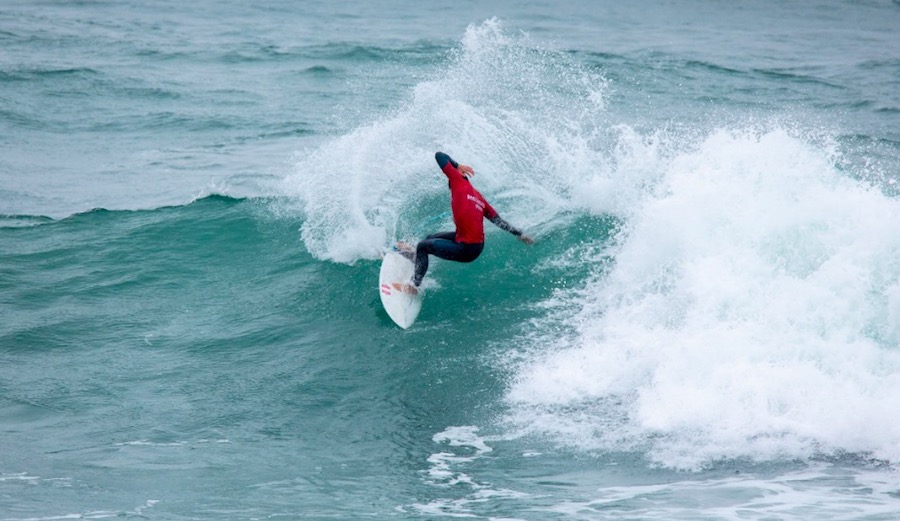 Lucca Mesinas dropped his wallet, but he pulled up a gold medal. So, all in all, he came out on top. Photo: Jimenez/ISA

Anyway, back to the Pan Am Games. While most surf fans were focused squarely on the action going down at the 2019 US Open in Huntington Beach, Olympic hopefuls from across the Americas descended on Lima, Peru (and in the case of surfing, a meandering right point just south called Punta Rocas). It was the first time surfing was included in the Games, and it actually featured four distinct divisions: open surf (effectively, shortboard), longboard, SUP surf, and SUP race. Because surfing in the Olympics will only feature a men’s and women’s shortboard event, only the winners of the open surf division play into the qualification scenario. 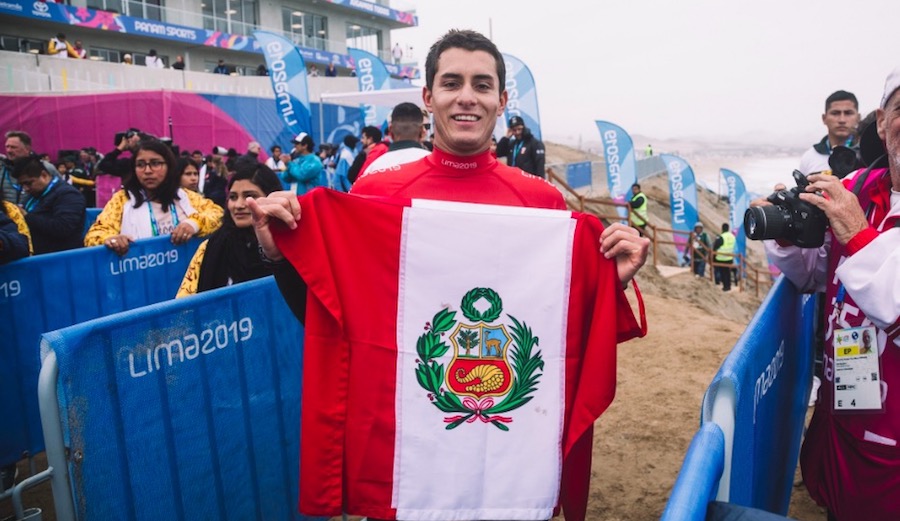 For Lucca Mesinas and Daniella Rosas, winning gold at this year’s Pan Am Games means they’re both all but assured to qualify for the Olympics – according to the ISA the only way they could get bumped is if two of their compatriots of the same gender qualify before them at the 2020 ISA World Games. Until then, both Mesinas and Rosas will likely be on pins and needles.

“I know I am not confirmed for Tokyo yet, but of course the goal was to give myself the best chance,” said Mesinas. “I am also going to go to the ISA World Surfing Games in 2020 to rip and not let anyone pass me in the qualification ranking.”

For her part, Rosas was ecstatic.

“I am so happy that I can’t explain it right now,” she said. “This has been a dream of mine to be in Tokyo. Who wouldn’t want it? I just wanted to do the best for my country.” 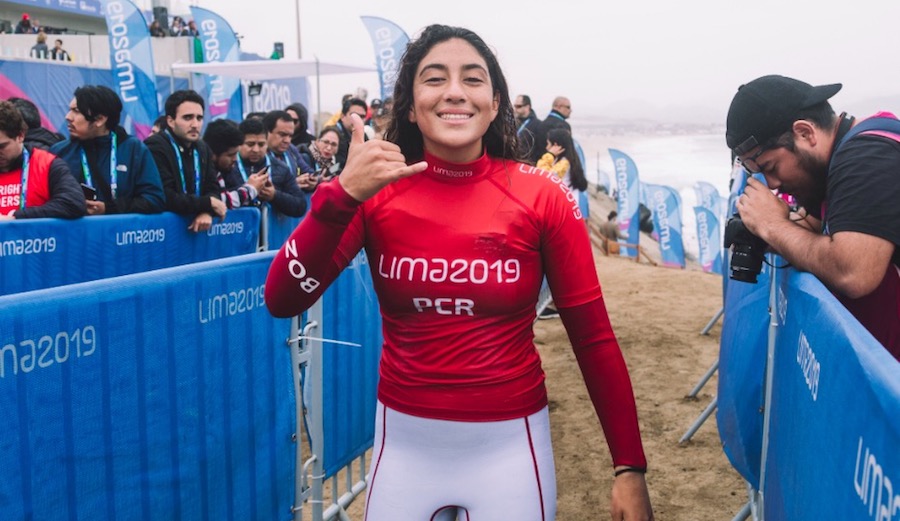 The face you make when it’s all but certain you’re heading to the Olympics. Over the weekend Daniella Rosas all but assured her chances of heading to Tokyo in 2020. Photo: Jimenez/ISA

“What a historic finish to a historic week of competition,” said Aguerre. “Surfing’s first inclusion in the Pan American Games has been a true milestone achievement for the sport and a sign of the bright future that our sport has in store. The resounding success will certainly reverberate through the Surfing and sport culture on all continents of the globe, and certainly within Olympic Movement multisport events as well.”