Uluwatu Daze: Before the Floodgates to Bali Opened 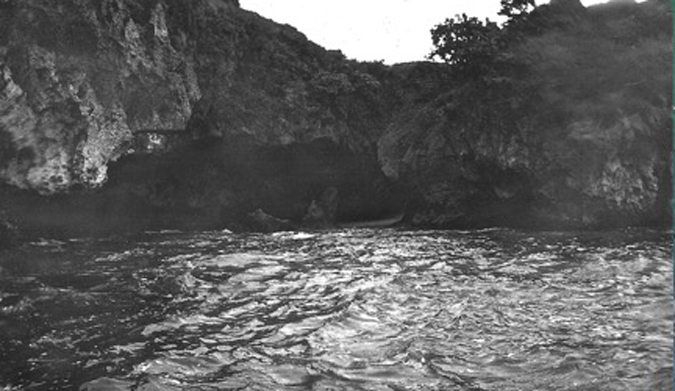 One of the most famous views in Bali: the Uluwatu cave.

I convinced my long time pal and captain of the Stanford swim team, Fred Haywood, to join me on a trip to Bali. We were walking out from a surf session at Uluwatu when we first met Gerry Lopez. Gerry was lost on the labyrinth of trails so we showed him the way. I could relate. A few years before, I went through the very same thing.

I was just out of high school. During my first season in Bali, the shorebreak along the extensive beach from Kuta to Legian provided comfortable and empty right peaks – my comfort zone in a new spot. However, upon returning to my home in Maui, I began to realize that my place in the pecking order at Honolua Bay was too low for me to get the amount of waves I wanted. Guys like Les Potts and Steve Dabney were tearing the place up, along with a few other very capable Bay devotees who lived in West Maui. Sure, even one wave at the Bay was beyond memorable, but when you’re young you want so many more than just one. The only way I was going to move up in the order was to get better and stronger by riding more waves. The answer, I thought, was in East Maui. That winter was rich in south winds, resulting in fantastic offshore conditions on the north shore of East Maui. Even though it wasn’t as good as Honolua, it was generally very empty. I began surfing the left break at Hookipa Lanes with my Kahului roommates: Stanford football star Pat Moore and the brothers, Jim and Fred Haywood. My mind opened up to backside surfing. 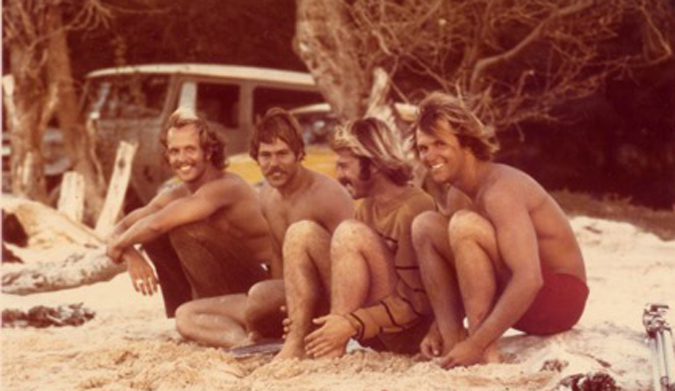 When I returned to Bali the second time, I was stoked to ride a great, nearly empty wave at Kuta Reef out in front of the island’s airport. From there, I would glance up toward the Southeast tip of the island, as that was where the waves were coming from. “What was out there?” I thought to myself. The far headland, or Bukit Peninsula, appeared to have high cliffs and an uninviting shoreline.

We heard rumors of a wave out on the Bukit — a long wave. Much longer and more powerful than Kuta Reef. I wanted to find out for myself. My friend Tom and I had no idea where we were going along the bumpy limestone road. Nothing was out there. No landmarks. Nothing. Our taxi driver stopped at the old Hindu temple of Uluwatu, guarded by a sentry of baboons. Our driver slept in the shade inside the temple and waited for us. The rest of the area was sparsely settled with arid tapioca fields farmed by locals who had little connection to the 20th century. They lived on the edge – literally the edge, as all paths down from the temple ended up on high cliffs overlooking the corduroy on the Indian Ocean. We would try one route, arrive at an un-scalable sheer drop, glance at the waves, emit a thousand “wows,” and backtrack to get somewhere else that might provide a reasonable trail that wouldn’t result in our deaths. The cliffs of Uluwatu made the path down from the pineapple field at Honolua Bay seem like nothing.

After two different attempts, we were frustrated, frothing and extremely hot. We finally found one path that allowed us to work our way down a steep section, which ended with me rock climbing down the final part. Tom extended our boards down to me as far as he could and let them drop into my hands. Tom then climbed down and we were essentially committed to entering the water, but it wasn’t good. What we thought had looked like a five-foot drop to the water was twenty feet on closer inspection. The edge was a very scoured and rugged rock shelf with several sharp points. Left with no choice, we felt like Russian soldiers who only had one way out – forward into the ocean. We took off our shirts and shoes and left them there, knowing we couldn’t return.

The surf and was rather large so we waited until a wave crashed against our platform to throw our boards, jump about fifteen feet into the water, retrieve the boards, and then paddle out before the next set came. We eventually made it and caught some waves, but we soon realized they weren’t the long ones we’d heard about. So we paddled around the point back towards Kuta and ended up at what later became known as Outside Corner at Uluwatu. That part of the wave was big and well formed, but it lacked the steepness for an easy drop. So we continued on down the line, blundering into what would later be named Racetrack. This was a tremendous wave. We were ecstatic. This was the wave we had been waiting for. However, after a few poorly chosen screamers, I was forced to straighten out into deeper water inside the reef where I could rest and attempt to calm my over-adrenalized mind and body before making an assault on the line up to get back outside. I waved at Tom to let him know I was OK. I looked towards shore to see a local man with a bamboo hat, loincloth and net emerged from an ominous looking cave opening. Knowing that we would eventually need to find an alternative way up the cliff and to the road, I paddled in to scope it out. 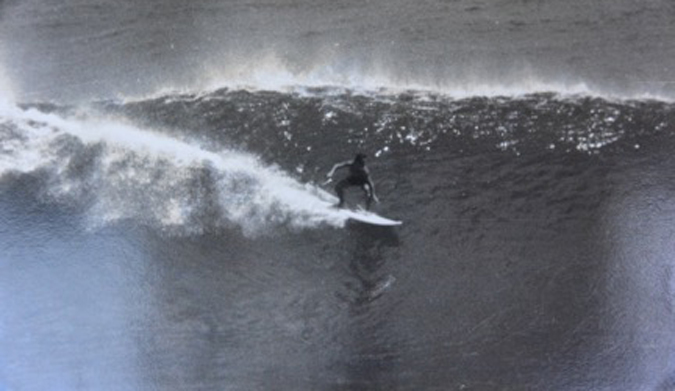 Bahasa Indonesia was only adopted as an official language in 1949, at the birth of the country. Most of the elders and especially people on the Bukit Peninsula still didn’t speak it in those days. I knew enough to get by, but it was worthless with this fisherman. Using hand signals, I pointed up to the cliffs when the fisherman showed me through the cave to a bridge made of two pieces of bamboo that crossed to another climbing point that wasn’t as critical as the climb Tom and I had previously made. He demonstrated each step to me and I followed him up. There was a trail that evened out to a moderate incline. I hooted at Tom from the top of the cliff then went back down to paddle out and ride a few more waves. That was the beginning of many Uluwatu adventures…

One day, a group of us went out by foot to surf this spot. By then we knew the best trail and had young boys carry our boards so that we could have a handsfree run. Bob Laverty was the first to arrive at the cliff top where we would take a moment to check the surf before dropping into the cave. When I arrived in a full sweat, he was pointing to a guy on the edge with a camera and said, “This is it.” I looked to where the cameras were pointed. A group of Australian rippers were tearing up Racetrack. Going backside, my top priority had evolved to just making the wave without catching the lip on the back of my head and leaving any flesh on the reef. Straightening out into shallow water was just too intense, so my surfing was still conservative. These guys, on the other hand, were tearing the wave in half with every turn. This was some of the best backside I had ever seen. It was incredibly inspirational to see. However, once everyone had seen the footage that was filmed throughout these few years, the floodgates to Bali opened. That was the beginning of our Javanese endeavors…