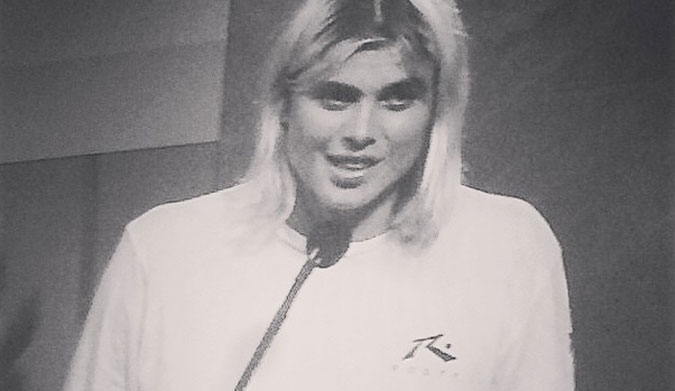 “My only goal was to raise the point of surfing not becoming a corporate sport like football but I can see and acknowledge how I came across and I am sorry.”

Apologizing is a difficult thing to do. It’s a lot harder than screwing up, if you think about it. A few night ago, Noa Deane got up on stage with a drink in his hand to accept an award for Strange Rumblings. “Fuck the WSL,” he said, raising a finger in the air. The following awkwardness was louder than Noa’s words. Alex Smith looked mad. Damo shoved his hands in his pockets and grinned beneath his hat, too nice to look mad at Noa, and too nice to look mad about what he just said.

But Deane’s public apology on Instagram shows that he’s a lot more adult than those three words painted him as – and not just for the fact that he apologized. Even more, it’s because he stuck by his opinion, but realized that opinions aren’t always the greatest thing to voice in a public setting.

I would like to apologise for my actions 2 nights ago at the surfer poll awards, it was incredibly stupid, what I said was not targeted at any of the surfers on tour and they are on there because they are the best surfers in the world I truly respect them and above all I’d like to apologise to the people of Hawaii and any kids watching. I’m meant to be a role model in surfing and my actions on the night were not appropriate and that was not the time or place to voice that opinion.

And Deane does have a point. While he may not have made it in the most appropriate manner, a huge part of surfing is that kind of counter-culture mentality, and it does have its place. Surfing wouldn’t be where it is without characters like Miki Dora, who, as flawed and hypocritical as he was, played one of the biggest roles in the anarchist mind set in surfing. Deane went on to say:

My only goal was to raise the point of surfing not becoming a corporate sport like football but I can see and acknowledge how I came across and I am sorry…. I’m truly humbled to receive the AI award someone who I looked up to as a kid and loved his surfing, and can’t believe that I over shadowed the honour of with my actions later in the evening. Apologies to any one I have offended.

Dion Agius acknowledged and apologized for his part in the spectacle, as well, which is even more necessary than Deane’s apology.

Ok, So I’ve been approached to do a few interviews regarding my actions at the Surfer Poll awards however I feel that this is the best avenue to apologise and explain myself… Firstly I want to make clear that no fucking way do i condone the misuse of prescription pills and I completely understand it is a huge problem for many people and not a laughing matter.

I have suffered from anxiety in the past and have a huge fear of public speaking which has lead me to have one too many Mai Tais to help settle my nerves. I truly want to apologise for anyone that I may have offended that’s super lame. Kelly Slater is an absolute fucking boss and took the time to chat to me for 20 minutes backstage while I gushed at how much we all look up to, and respect him and what he has achieved in his career and done for the art of surfing.