Volkswagen Is Remaking the Classic VW Bus, and It’s Electric 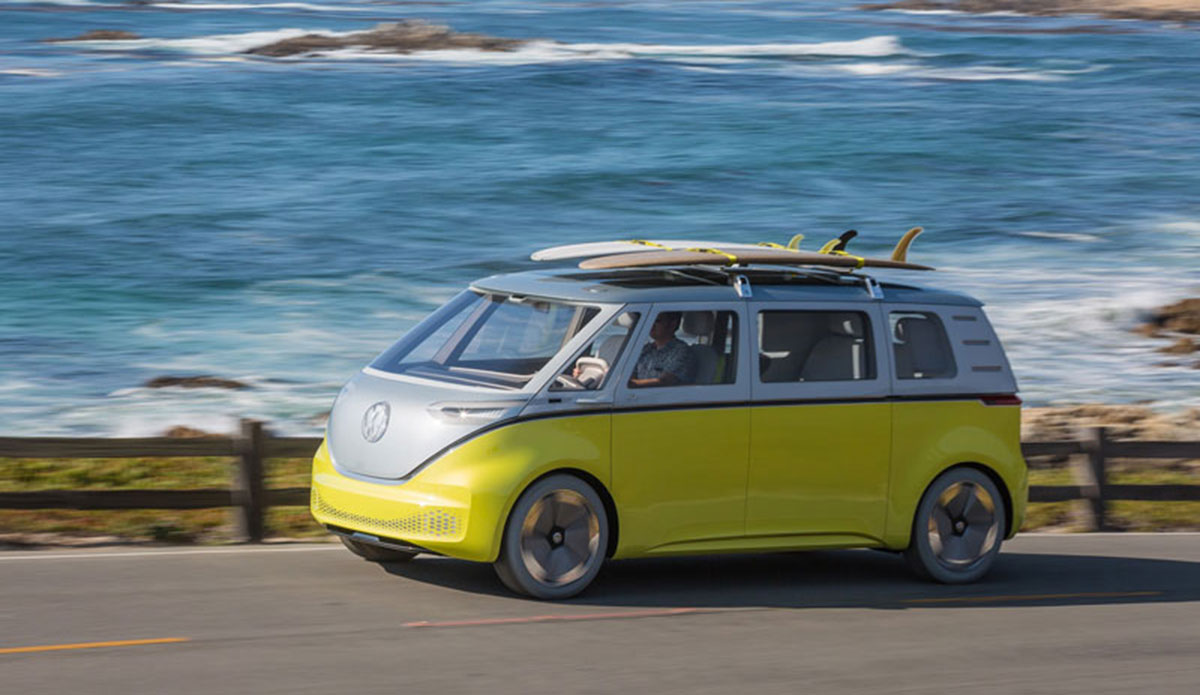 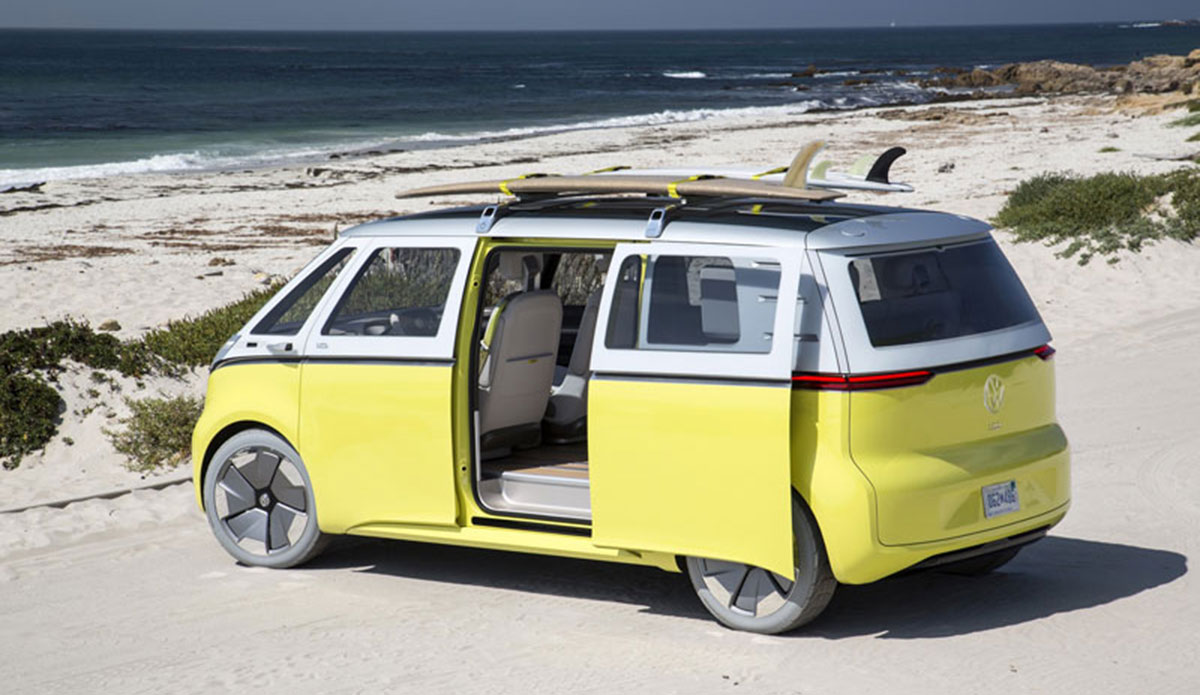 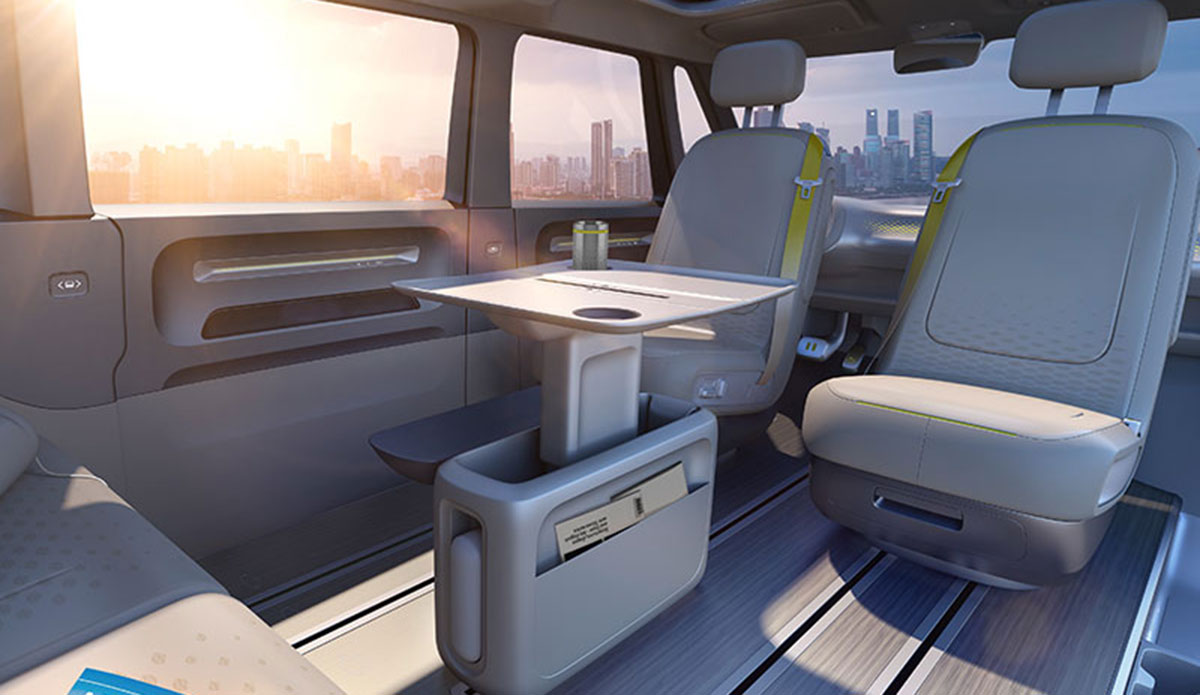 When it comes to surf vehicles, there are none more iconic than the VW bus. It’s become a symbol of the traveling surfer, of sorts–a vehicle made for adventuring; one that had a big hand in kicking off the #vanlife movement. It’s for good reason, too. Those old buses are amazing, and Volkswagen knows it. That’s why they’re coming out with a new one.

My grandfather had a VW bus when I was young. It was burnt orange with plaid seats; although I had no idea at the time, when I look back I think it was from the mid-’70s. My brother and I used to play in it while it was parked on the street, pretending we were driving through far away lands from the side of the road. Traffic whipped by on the street while we had our arms hanging out the window, mimicking how our Grandfather drove: elbow on the bottom of the window frame, hand at the top, although our arms were too short to do it right. We pretended that we were passing those cars, instead of them passing us. In our young imaginations, it felt real. I can smell that VW still–a sort of musty, sun-baked vinyl smell, mixed with the old instant coffee that dusted the inside of the cupboards. I wonder still what happened to it. Who bought it and what they’ve done with it. It’s probably out there somewhere, either rusting away in a back yard or, hopefully, beautifully restored and touring the open road.

Anyway, Volkswagen announced they’re bringing back the bus a few days ago, but not for a few years. By 2022, the new version will be available in North America, Europe, and China, and, in keeping with the times, it’ll be electric. “The Microbus has long been part of the California lifestyle,” said Herbert Diess, Volkswagen’s chief executive. “Now we’re bringing it back by reinventing it as an electric vehicle.”

According to Trucks.com, the batteries will be mounted in the floor of the van, which is a page straight from Tesla’s book. It’ll have all the bells and whistles, including “multi- variable seating, interactive connectivity, and highly automated driving.”

The new bus was introduced as a concept vehicle early in the year, where it was revealed that the van will have two motors, one for the front axle and one for the back. With 369 horsepower, it’s able to drive nearly 300 miles between charges, and since engine parts these days are getting smaller and smaller, VW was able to make the interior far bigger than usual.

Still, though, it ain’t the classic–nostalgia has a heady scent, after all–but that’s not to say it’s not a great homage to the past.