Where Was ‘Point Break’ Filmed? A List of All the Locations (Surf Break or Otherwise) 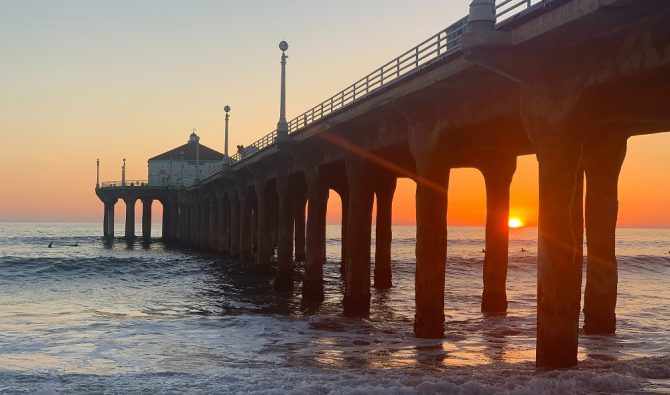 Is there a more iconic cult surf flick than Point Break? Maybe The North Shore, but let’s be honest, Turtle is hardly the gripping character that Keanu is in the Hollywood thriller that is PB.  The North Shore and Point Break are connected however, in that many in the cast of both loved riding waves (Gerry Lopez, Laird Hamilton, Gregory Harrison, all of whom still surf, of course). Keanu Reeves and the rest of the Point Break cast learned as a part of their preparation for the film. Stunt doubles were used for some of the larger waves, such as at “Bells Beach,” but more on that later.

The list of filming locations for TNS carries few surprises, as most of it was shot on the mainland U.S. and in Hawaii, but Point Break creator Kathryn Bigelow had a few tricks up her sleeve. PB was shot in an array of locations, some masquerading as breaks halfway around the world. Leo Carrillo and Dockweiler State Beach in Los Angeles are probably no surprise, but did you know they also shot at Waimea Bay and Cannon Beach, Oregon? Wait, what? Yup, When Utah tracks Bodhi to ‘Australia’, in reality they went north instead of south. Following is a full breakdown of the film’s actual locations (in no particular order).

Manhattan Beach Pier, Calif. (above): This is where Utah/Reeves picks up his first board, the same board that he then breaks in his fight with the goonies at Leo Carrillo (see below). Too bad about the board, if he had been more into surfing etiquette instead of nabbing bad dudes, he mighta sold it for a pretty penny. Patrick Swayze’s board sold for $64,000 when his estate was being auctioned off in 2017 after his death  (RIP). 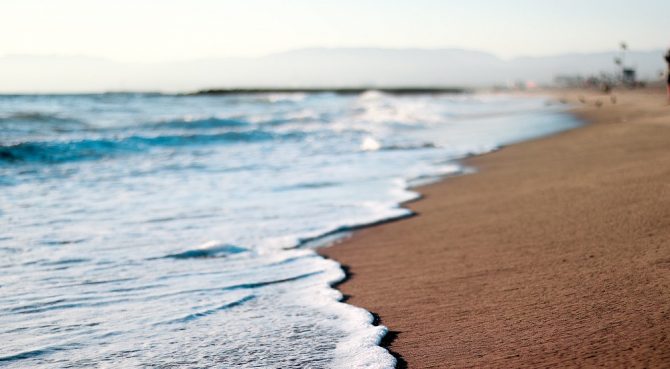 Dockweiler State Beach, Calif.: Ahhh Dockweiler, home of Kolohe Andino’s favorite Point Break scene. His dad, smoking weed, under a towel as Gary Busey’s character plucks his hair. Iconic. You also gotta love Busey’s strategy for tracking down the Ex-Presidents – find where they surf by comparing a strand of hair collected from one of the gang to strands of hair collected from stoners on various L.A. beaches. The THC test in the hair obviously wouldn’t have singled out the crooks because, let’s face it, two-thirds of surfers were/are stoners.

A post shared by Julianne Takes Photos (@juliannetakesphotos) on Apr 1, 2020 at 5:58pm PDT

Hermosa Beach, Calif.: As said above, the crew did most of their own surfing, and most had to learn from ground zero, including the three stars – Keanu Reeves, Patrick Swayze, and Lori Petty. The Master Yoda to these three young Jedi was Dennis Jarvis, the “Surf Doctor of Hollywood.” Jarvis said, “The cast would report to my house in Hermosa Beach at the crack of dawn to try to absorb the soulful life-style of a surfer.” Not only did he have to teach them to surf, he had to teach Petty and Swayze how to surf relatively well to pull off their characters, especially Swayze who insisted on doing his own stunts. 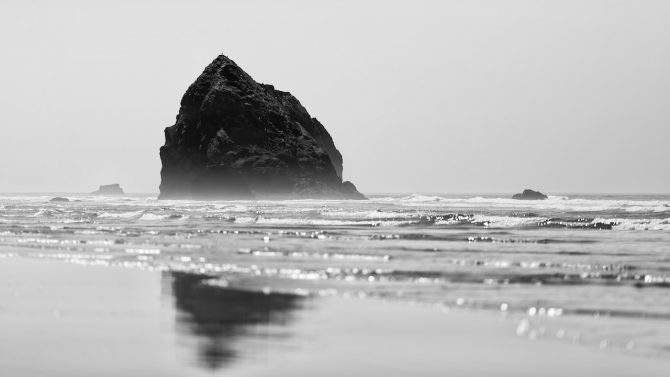 Cannon Beach, Oregon: While the beach is only used for its coastline, it actually does offer up pretty good waves year round, though nothing as magnificent as the supposed “50-year swell” at Bells Beach. The waves for that sequence came from pumping surf at Waimea Bay. 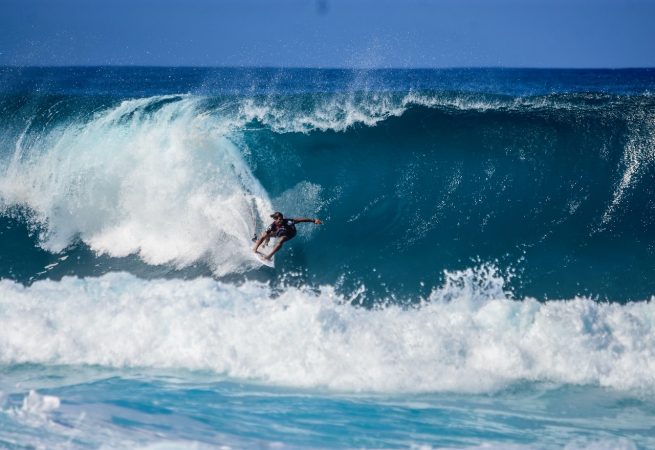 Waimea Bay, Oahu: Most of the actual surfing in the movie takes place here and at other locations along the North Shore of Oahu such as Pipeline and Sunset. Remember how I said Patrick Swayze did all his own stunts? Well, he didn’t do the final wipeout scene. For that he recruited his friend Darrick Doerner, a tow surfing pioneer. “Patrick Swayze called me and said, ‘I need you to die for me,'” Doerner said. Which he did, with some help from Laird Hamilton, to the tune of a fifty-grand payday. 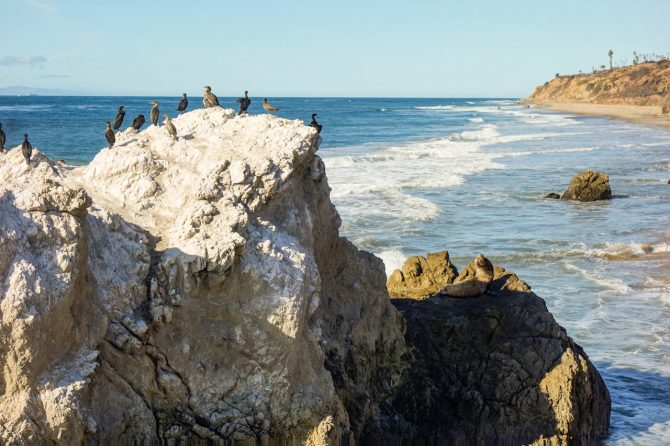 Leo Carrillo, Calif.: The location of the fight between Utah and the local surfers led by Anthony Kiedis of the Red Hot Chili Peppers. Various surf scenes throughout the movie are shot here too, as well as the definitely-not-two-hand-touch beach football game and bonfire. 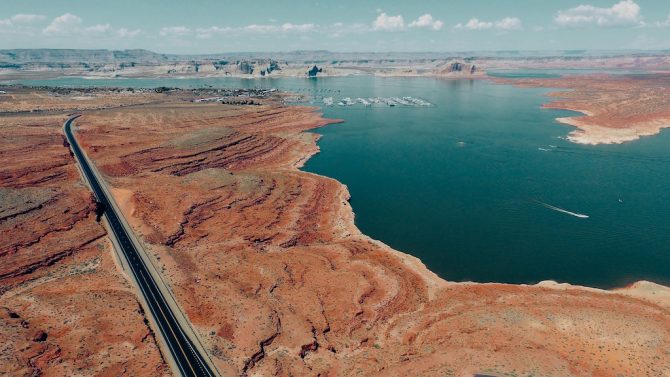 Lake Powell, Utah: Not a surf location in the movie, but for all you adventure junkies out there this is a place worth checking out. This is where the skydiving scene takes place, and is home to some pretty epic cliff-diving and could definitely be classified as a surf spots….if you count wake surfing.

Editor’s Note: Much of the location information for this article was sourced from IMDB. Oh, and these days, Johnny Utah is a regular contributor to The Inertia. You can find his work here.