Who We Pissed off This Week: Silvana Lima Fans, Women, and Champions of Compassion 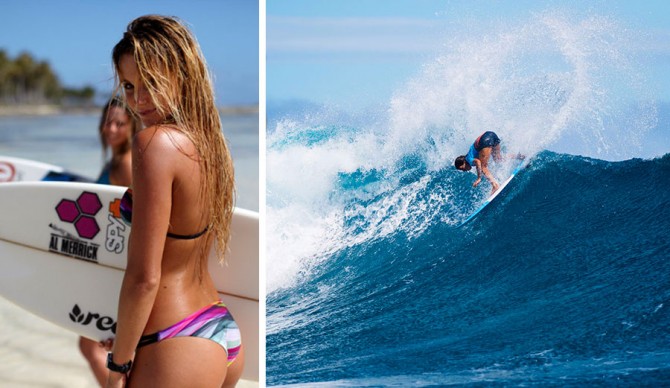 A recent opinion piece inspired some heated discussion. We dive in. Photo: Plueckhahn/WSL

So, you up for another discussion? Because we were treated to a doozy this week when J.P. Currie gave his take on Silvana Lima’s recent comments to the BBC that she isn’t sponsored by the surf industry’s leading brands because she isn’t pretty enough.

Quick reminder, Who We Pissed Off This Week was created, and is written, by our staff. It came about after we realized The Inertia had grown to the point where it needed a community ombudsmen of sorts, or a place where we could critique ourselves and perhaps add context when the need arises, especially after particularly controversial pieces are published. You take us seriously, which is something we don’t take for granted.

J.P. is perhaps our most polarizing contributor, and in my opinion, one of our best. His writing, smooth and pointed, goes to the heart of what people don’t want to talk about in the surfing world. Which, most often, is exactly what we should be talking about.

In his most recent piece, he opined on Silvana’s comments in a rather well-done BBC video. “I don’t look like a model. I’m not a babe,” she reasons on why she isn’t sponsored. J P’s piece—before we softened the title—was headed as such: Women’s Surfing Doesn’t Do Ugly. Get Over It. An insensitive tag, for certain, and one that should have been further vetted. But in his cynical, Scottish way, he was pointing out something that we all have to deal with, even if part of our audience couldn’t get past the incendiary headline to digest the meat of his point.

As I read deeper into what J.P. was getting at, being pretty, or shiny, or new and being on top isn’t just a surfing thing. It’s a function of capitalism. In this economic system—one that I am a full-fledged participant, make no mistake—shiny wins, the top dog triumphs, the fittest survive, and there’s nothing that we can do about it if we submit to this form of economy. For the record, it is the one I believe allows for the most people to live in harmony. But it’s far from perfect. Or fair. And talking about that, bringing that point to the surface, is absolutely a good thing. Awareness.

You see, J.P.’s not a good enough surfer to be a pro. I’m not the next Hemingway. That new app you’re working on? It may never see an iPhone screen. As Western Europeans, Americans, Commonwealth residents (even Brazilians) we deal in a competitive free market society, one based on the new: new product, new, pretty faces, and shiny over-marketed concepts of which humans become an integral part of in the commodification of the world. So we deal with it. That’s how capitalism works, and Silvana is a part of it. Growth is king at any cost. Humans get run over in the process. Isn’t that something we should continue to talk about? We want our children to be aware and understand they are both the product and the consumer in this society, right?

I don’t know Silvana Lima personally. I’ve never met her, only watched her surf on webcasts, and surf skillfully and passionately for that matter. Which I have the upmost respect for. And she is beautiful. As a person as well as in her athleticism and her fierceness. She’s a fantastic example for young Brazilian women, of which there are currently zero in the Top 19 in the world, while no less than 10 Brazilian men occupy the Top 32.

Silvana probably didn’t foresee such a bold, confrontational response when she made those comments to the BBC. Or maybe she did? They were presented rather innocuously then followed up with little detail, only that she had secured some form of sponsorship. Her story is one of poverty and struggle and hard work, similar to many young Brazilian professionals. She comes from a developing nation and had to work even harder to participate in this sport. But it was a path she chose.

And we can all choose not to participate in the capitalist system. We can deny ourselves creature comforts, we can live off the grid anytime we want. We can leave the electricity and the hot tubs and the bikinis and televisions and the cell phones for backwoods locales where we can reside minimally, and do our best to escape the grips of capitalism and its unquenchable, unforgiving thirst for new and shiny and pretty and perfect. It’s indiscriminate in its ruthlessness. At least in that sense, it is fair.

But is it inordinately unfair for women like Silvana, something that wasn’t addressed explicitly in J P’s piece? And for women in general? I would have to emphatically say yes.

Every person reading must at least acknowledge that females (and their inherent sexual symbolism) are automatically working with a double-edged sword in the athletic realm: talent rises to the top, but can be more comfortably supported if one looks a certain way. And if talent doesn’t take one to the top, then is it okay to use a polished look to support one’s career, or, to take it further, is it morally sound if looks hinder the advancement of a career? Is there a way to possibly take aesthetics out of the equation all together?

In our current capitalist system, this much is certain: our women, mothers, daughters and sisters become products—or are used to sell product. When we strip it down like that – especially in contexts like athletic endeavors where sex is largely irrelevant – it feels disgusting and unjust. That’s enough to understandably create a lot of anger, and it’s important to remember that. It’s something that we should continue to have discussions about in order to change. Only through conversation can change actually take place.