Why Izzi Gomez Is One of Surfing’s Most Gifted Athletes 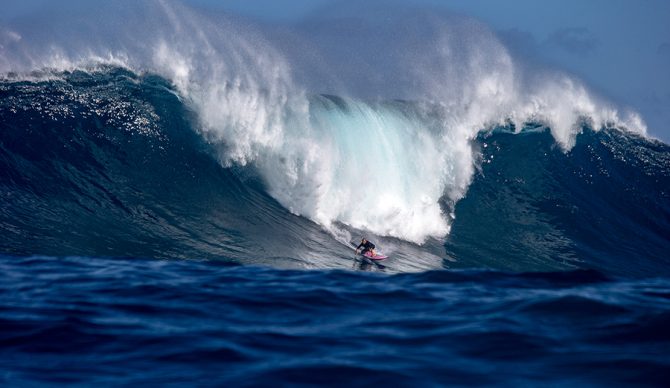 Izzi Gomez’s life is a balancing act. At just 21, she is a five-time SUP-surfing world champion, rips on a foil, is an up and coming big-wave surfer, and is on a mission to qualify for the CT. Not to mention, she dabbles in modeling, is a talented musician, and has a wide circle of family and friends.

Born and raised in Jupiter, Florida, Gomez was destined to be an athlete. Her mother was a surfer, her father was a professional tennis player, and her grandparents owned a local surf shop.

“Growing up around tennis, my dad wasn’t super stoked on surfing in the beginning,” Gomez says. “At the time, surfing was looked at as more of a lifestyle sport and he thought surfers were just bums and hippies. But now, the best of the best are the ones who are training, eating well, and embracing what it means to be a professional athlete, so my dad is more on board now.”

Despite her mom’s roots in surfing, she didn’t encourage her kids to follow in her aquatic footsteps. Instead, she suggested they pursue passions that set their souls on fire and when it was no longer fun, they move on to something else. Gomez took that advice to heart.

Throughout her formative years, Gomez competed in junior surf contests but wasn’t achieving the success she sought and was growing discouraged. As she was beginning to feel burnt out, a scout from Starboard – a windsurf and SUP manufacturer – took notice of her ability and signed her to compete for them in stand-up paddling. 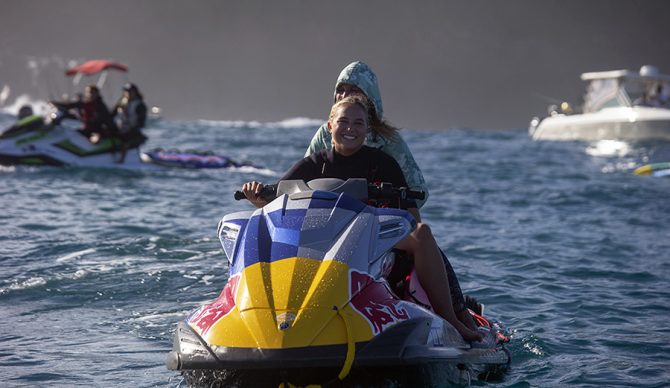 According to icons like Paige Alms, Izzi has humbly put the work in. Photo: Fred Pompermayer

Much to her surprise, she won her very first contest on the world tour and the spark that had been dwindling in surfing was reignited through paddling. The following year, she won her first world title at just 14. By 2019, she had five world titles under her belt and was beginning to feel burnt out once again.

Gomez decided to hang up her paddling hat up for a while and return to her surfing roots. She swapped her SUP for a shortboard and began training with Jason Kenworthy, a longtime surf photographer and former Nike 6.0 team coach who also produced the women’s surf film, Leave a Message. Under Kenworthy’s guidance, she dropped bad habits acquired from paddling and honed her technique to maximize her surfing potential.

“Izzi is a powerful surfer — she’s accustomed to riding bigger boards and putting them on the rail and it shows in her performance surfing,” says Kenworthy. “She isn’t afraid when it gets bigger and there is a lot of water moving around. In fact, that’s where she looks the most comfortable.”

Despite her sub par performances as a pre-teen, Gomez was determined to make a name for herself in the high-performance realm. She began entering QS events, hoping to achieve her lifelong goal of qualifying for the CT. In 2020, she solidified her first QS win at the SLO CAL Open in Morro Bay, California and for the first time, felt there was a chance she might make that dream come to fruition. 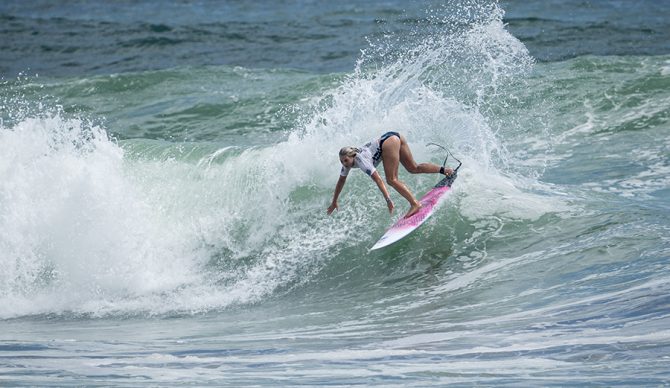 Izzi Gomez can surf small waves, too. And she just might make the Olympics, and the CT. Photo: Red Bull Content Pool

Around the same time that Gomez was pulling in the reigns on SUP competition, she was diving headfirst into another endeavor: big-wave surfing.  She’d had some experience surfing waves of consequence at places like Sunset Beach and Waimea Bay, but she set her sights on learning the moods of one of the heaviest surf spots in the world: Pe’ahi (aka Jaws).

“What drew me into big wave surfing is the fact that you can always go bigger and push yourself,” says Gomez. “I love to see that progression — there’s always so much area to grow.”

Under the guidance of big-wave legends Paige Alms and Ian Walsh, she relocated to Maui for the winter and began training. In addition to logging hours on the water, she did a lot of cardio, swimming, breath training, and underwater training and focused on strengthening her mental game. In 2019, she dove into the belly of the beast and rode her first wave at the notorious spot. Since then she’s become a regular in the Jaws lineup and made her debut at Mavericks in January of 2021.

“It’s been awesome to see her put her mind to what she wants to accomplish, train hard, and then be there on the right days to go out and push it,” says two-time big-wave world champion Paige Alms. “She has been working really hard, putting in the time, and constantly learning and she isn’t afraid to ask questions. She doesn’t think she’s better than anyone and understands that being a really good big-wave surfer doesn’t happen overnight.”

Although COVID put a wrench in a lot of Gomez’s plans, she’s excited to get back into the competitive scene once competitions are back on. In addition to competing on the QS, she’s planning to enter some big-wave contests with the hope of competing at the top of the big-wave arena someday. 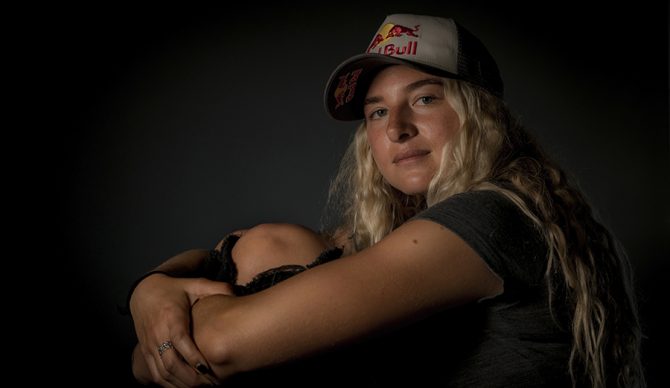 “A lot of people think I should just pick one thing and do it,” says Gomez. “But I think I’ve done a pretty good job finding balance and the plan is to continue to do both at 100 percent.”

Another exciting prospect on the horizon for Gomez is the potential to represent Colombia in the Olympic Games. Thanks to her father’s Latin American roots, Gomez is half Colombian and has dual citizenship. Because Gomez and her brother, Giorgio, were mainly raised by their mom, they didn’t have a lot of Colombian influence in their upbringing. But over the past few years, they’ve been diving deeper into their heritage and have had the opportunity to represent the country in various surf events.

“This is opening the door for the next generation,” Gomez says. “There’s a whole crew of kids who are loving surfing and skating in Colombia. I think it’s a really cool thing to do this for them so they can see that if you work really hard and this is what you want to do, you can do it.”

If Gomez performs well at the ISA World Surfing Games in El Salvador May 29-June 6 (there are 12 qualifying spots), she’ll be heading to Tokyo this summer to show the next generation just how much hard work and determination can pay off.

Despite the allure of being a professional surfer, there are challenges that come along with it. Gomez is constantly on the move — training, traveling, and competing, which leaves little time for friends and family. She’s also been in the spotlight since a young age and despite having a good head on her shoulders, the pressures of social media can be intense and she feels for the younger generations.

“As athletes, we’re in the public eye now more than ever with social media,” Gomez says. “So many people are so consumed by social media — it’s important to let go of what other people think, focus on what you’re doing, and put all of your love and attention into it. That’s where you’re going to see the progress and results, not by hustling on social media.”

Although Gomez is constantly trying to evolve and challenge herself, her goals are simple: she wants to focus on staying healthy and injury free. Beyond that, she’s excited about having a shot at the Olympics and entering surf competitions again when the time comes.  But should surfing ever loose its appeal, Gomez will heed her mother’s advice and move on to something else. But for now, the ocean beckons.