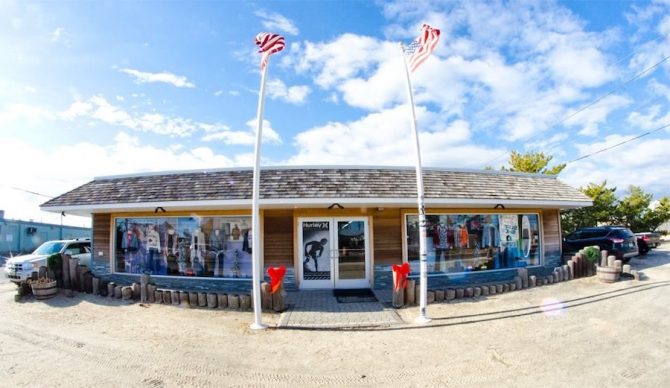 The surf shop has always been at surfing’s core. And the core, it seems, is what has made it through this pandemic. Photo: Ocean Hut Surf Shop

Surfers have long cherished the conceit that simply by stepping off the shore and paddling out into the waves they leave terrestrial cares and woes back on the beach with their sandy shoes and smelly towels.

This illusion was shattered when, during the initial three months of the still-ongoing COVID-19 pandemic, our exulted tribe was lumped in with the rest of civilian America under orders to stay at home, avoid virus-wafting group gatherings and, in our case, stay out of the water.

Outrage was immediate and fierce, with most serious surfers adhering to the sincere belief that surfing is an absolutely essential activity. How dare a government, however well meaning, tell us that we can’t surf? Yet how few surfers, existentially unable to imagine a future beyond their next go-out, gave much thought to what their surfing lives would look like when these restrictions would inevitably relax.

Because in addition to the many hundreds of thousands of ‘mainstream’ businesses across America dramatically — and in most cases negatively — affected economically by nation-wide pandemic shutdown measures were the surfboard manufacturers: wetsuit and surf wear brands, makers of fins, leashes, wax, board bags, skateboards, all the items that are absolutely essential to a surfer’s life. Right along with the surf shops that sell them. Deep down, we all knew the waves would be there after COVID-19 restrictions eased. But would the surf industry?  And, if so, what was it going to look like?

“I feel the whole COVID-19 thing was a real eye-opener,” says Mitch Taylor, manager of Malibu’s Becker Surfboards. “It made people think about what was really important. Which in our case meant surfing. Actually surfing. People everywhere were just dying to get back in the water.”

This visceral motivation, then, has transcended the dire economic analysis that asserts the country is in the midst of a recession.

“Having opened back up, even in a limited fashion, I can’t even keep enough boards in the shop,” says Taylor, who, with over 25 years experience behind the retail counter, has seen the economic driver of the surf ‘industry’ characteristically dominated by surf wear brands. “First day opened, I sold 12 boards. Next day six, the next day eight. But clothing sales have dropped to nothing. It’s all about hard goods at the moment, the stuff you actually need to go surfing.”

This need, rendered most obvious during the pandemic surf shutdown, also reflects a noticeable change in discretionary spending patterns.

“Before the pandemic it used to be people would come into the shop and think, ‘Well, I can’t afford a board right now, but I’ll get a t-shirt.’” explains Taylor. “Right now it’s the opposite. It’s like, ‘I need a board, man. I’ll just wear my old t-shirt.’ In fact, the big problem I’m facing right now is being able to restock boards fast enough. ”

“Due to the effect of the COVID-19 shutdown we closed our retail shop and furloughed half of our factory staff of 30,” says Scott Anderson, brand manager at Channel Islands Surfboards in Santa Barbara. “But we offered curbside factory pickup, where I actually worked the curb personally. And we sold 50 surfboards in the first month.”

Surf Shops update: As some regions of the world and more U.S. states like California slowly ease up restrictions for conducting retail business, many of our dealers are excited to share with you that they are now open for curbside pick up only. If you’re in need of a new board, or anything surf gear related, please give your local shop a shout via DM or phone to check inventory and arrange payment ahead of time to make things seamless and easy. Keep in mind many may ask for you to wear a mask/face covering during pick up so please just come prepared either way. It’s been a crazy time for us all, still is, but we’re stoked that we can start slowly moving forward and servicing everyone as best as possible. Our own @cisurfboards_sbstore in Santa Barbara is ready to go daily from 11am-4pm, for curbside only. You can DM them or ring this # 1-805-966-7213. Look forward to hearing from you! 🤘 #cisurfboards #cisurfboards_sbstore

Besides the impressive number of customers, Anderson found the demographic profile of these drive-by board buyers to be a clear indication of a spike in enthusiasm.

“We saw an influx of new surfers buying their first boards, and then people who maybe hadn’t surfed in 10 years wanting to get back into it,” reports Anderson from, in this case, literally the front lines of surfboard sales. “I had one guy who’d ordered a 5’9″ Happy, glossed and polished. I haven’t seen a Happy model glossed and polished in…maybe ever. But this guy didn’t even blink at the $180 upcharge.”

When, along with many other of the nation’s retail outlets, surf shops began cautiously opening their doors in late May and early June, this consumer swell continued.

“Sales at the retail shop have doubled compared to this time last year,” reports CI’s Anderson. “And here’s another metric. Last week our retail sold 40 wetsuits, as opposed to only 10 last June. That’s a 400 percent increase.”

Obviously the sort of increase that can’t reasonably be expected to continue as life with COVID-19 becomes the norm, not the exception.

“Can we expect the curve to flatten as the country opens up and people find other options back at their disposal? Sure,” says Anderson. “ But I’d say it’s going to be a slow decline. Plenty of these new consumers will drop out — face it, learning to surf is hard. But plenty more will stick with it and I think the net effect will be an uptick. That’s one of the silver linings of this whole thing. Surfwear brands, which are really surf lifestyle brands, the biggest being Hollister, for example, face different challenges. But for companies like Channel Islands, our customers are participants. They get in the water.”

“In the 45 years I’ve had the shop I’ve been through two recessions, 9-11, Hurricane Sandy and now a pandemic, so disaster-wise I’ve pretty much seen it all,” he says. “And right now business is good. Think about it — kids have been out of school since March 12. No high school sports, no Little League or other organized sports, two hours of home school a day. They come in with their parent’s credit card, saying, ‘I’m bored. I want to learn how to surf.’” 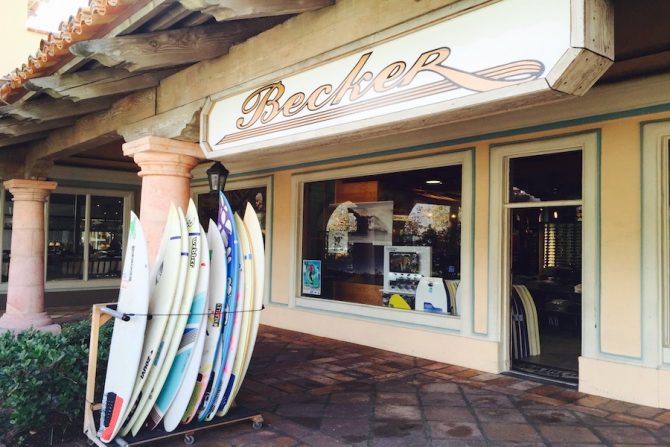 From coast to coast, hardgoods have seen an uptick. Photo: Becker Surfboards, Malibu

But it’s not just school kids with Visa cards who’re driving what could optimistically be called a mid-pandemic surf industry comeback. Surfers of every stripe — adult beginners, stoked groms, the hard cores — represent a consumer base who, at least after now being allowed to paddle out again, appear to value authenticity even more than before the virus struck. Which can only be a good thing for surf business.

“I think that the end result of the COVID-19 economy will see the surf industry get a total reboot,” says Giordano. “ I’m talking about the real surf industry. This whole thing has made us much more community-minded, the surf community, I mean, and that’s why a legacy shop is going to be much harder to knock off than an outlet in a strip mall. Companies that don’t have those kinds of roots will see the exit door.”

“The pandemic, the shutdown, all of it, has helped make surfers, old and new, realize how important surfing really is to them, developing a deeper appreciation of the essentials. A deeper appreciation of surf shops, board manufacturers, wetsuits, fins…all the stuff you need, and none of what you don’t, to be a surfer. Like I said, COVID-19 helped open our eyes to what really matters.”