With Scenery Like This, Scoring Waves in Canada Is Just the Cherry on Top 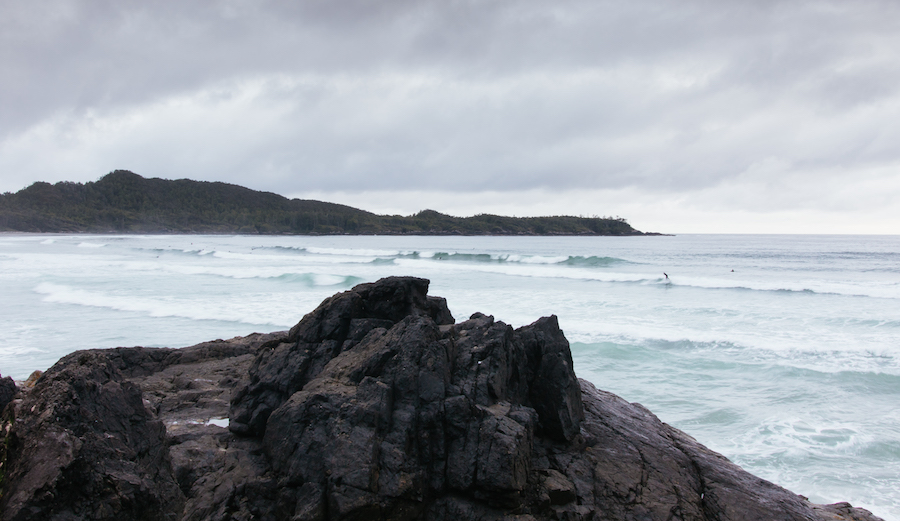 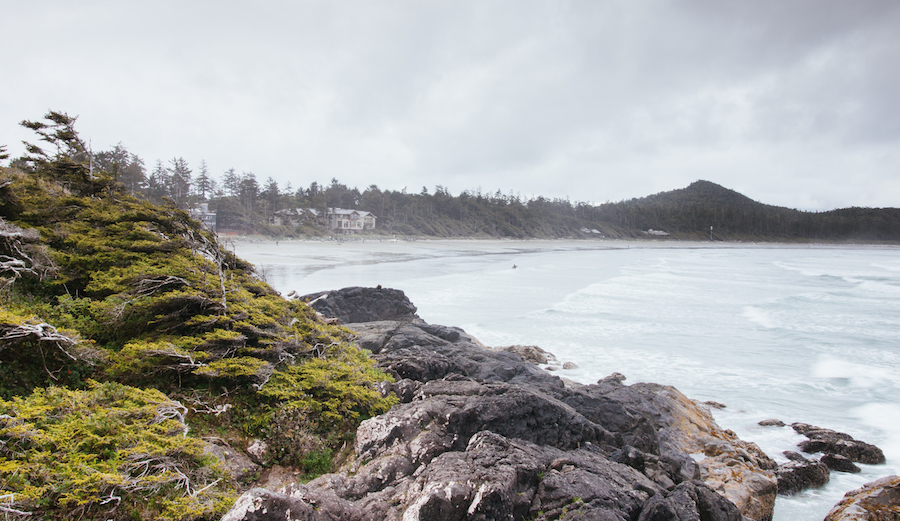 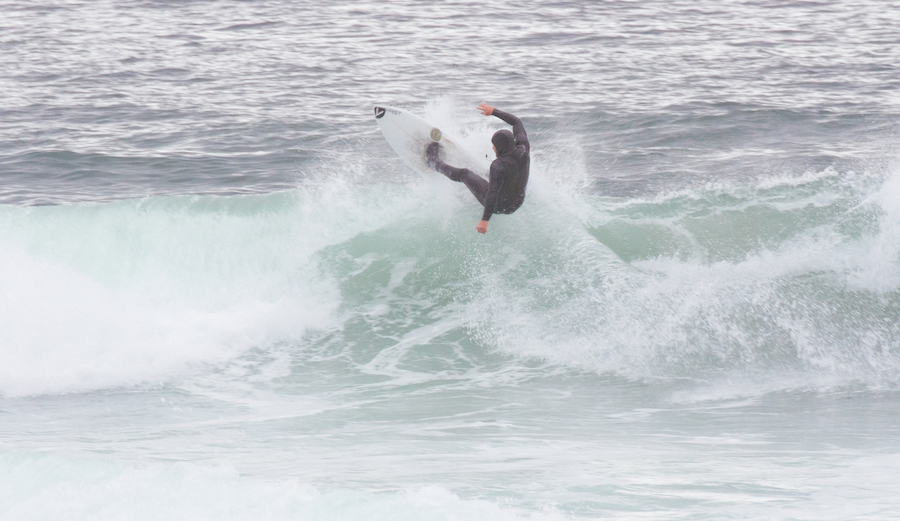 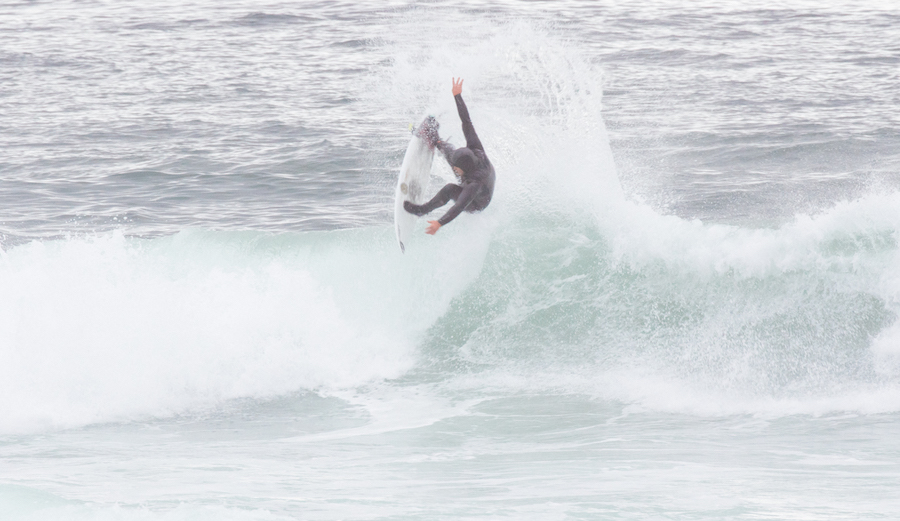 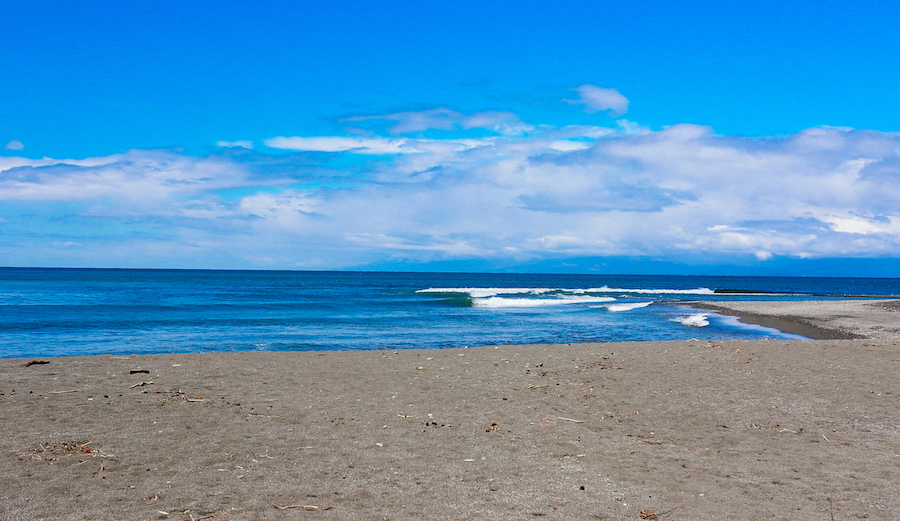 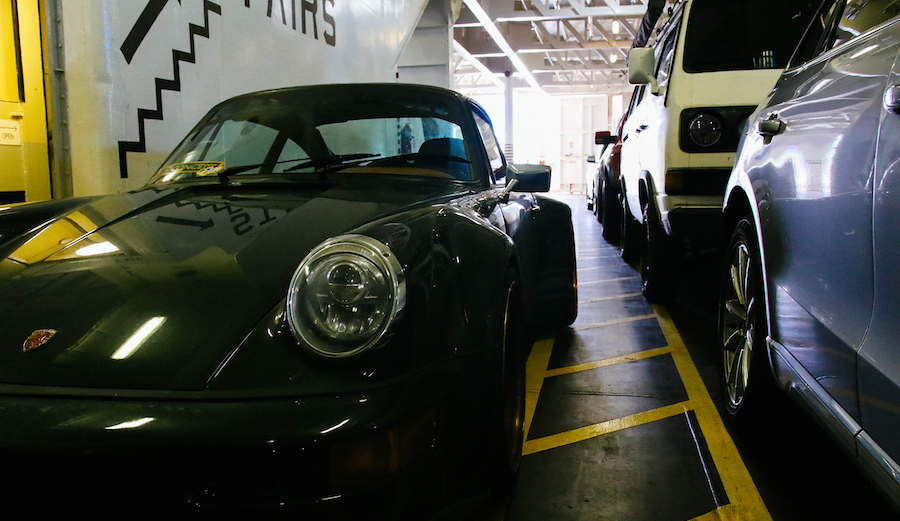 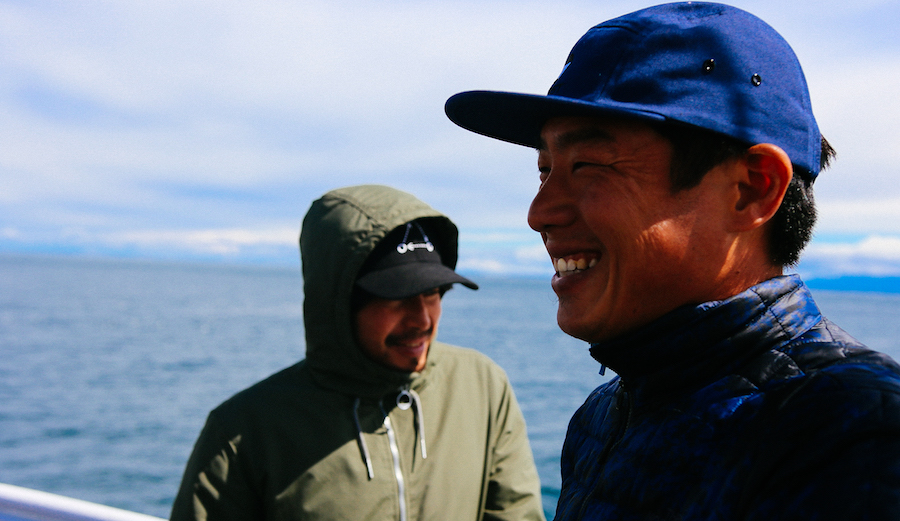 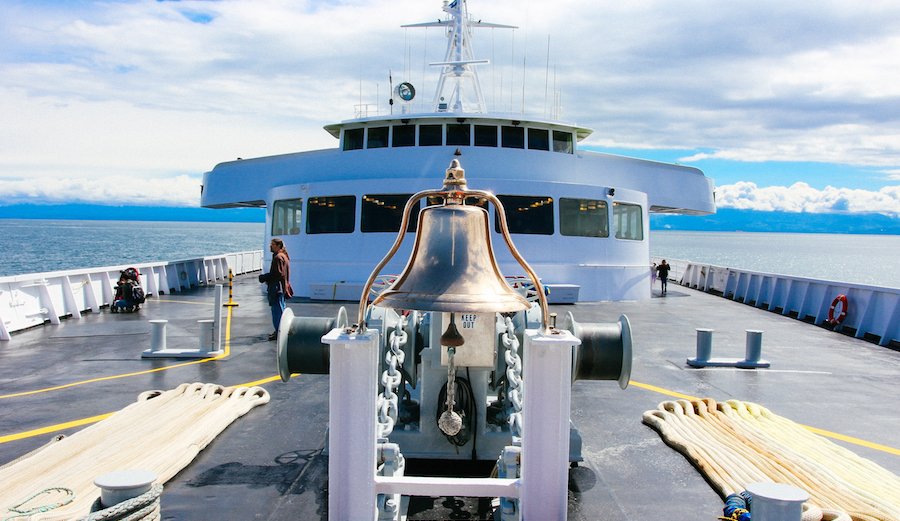 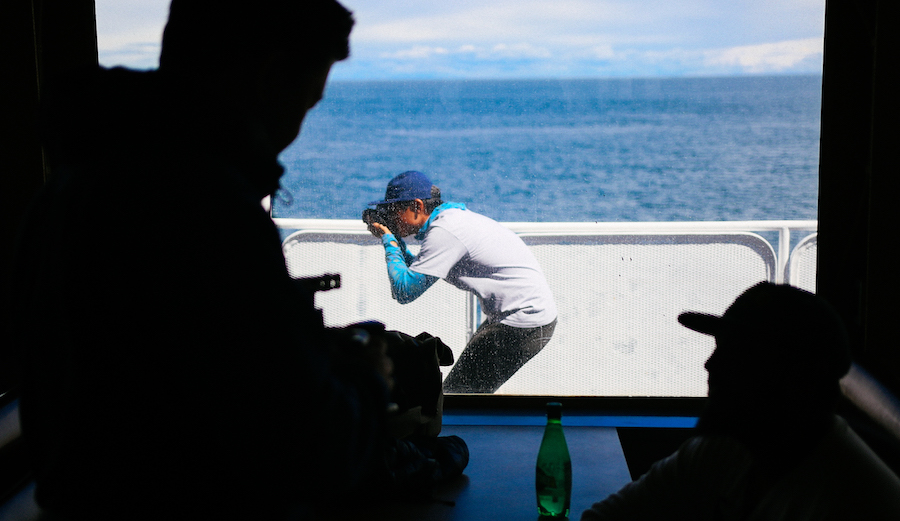 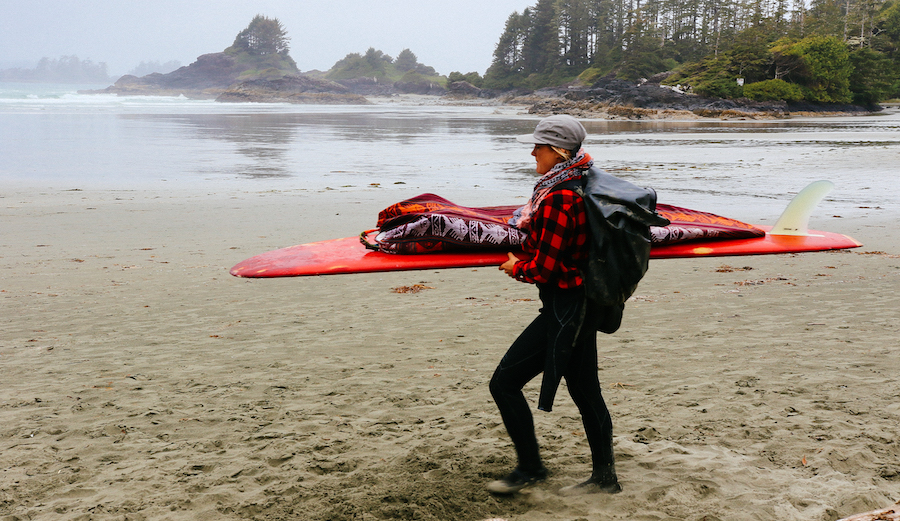 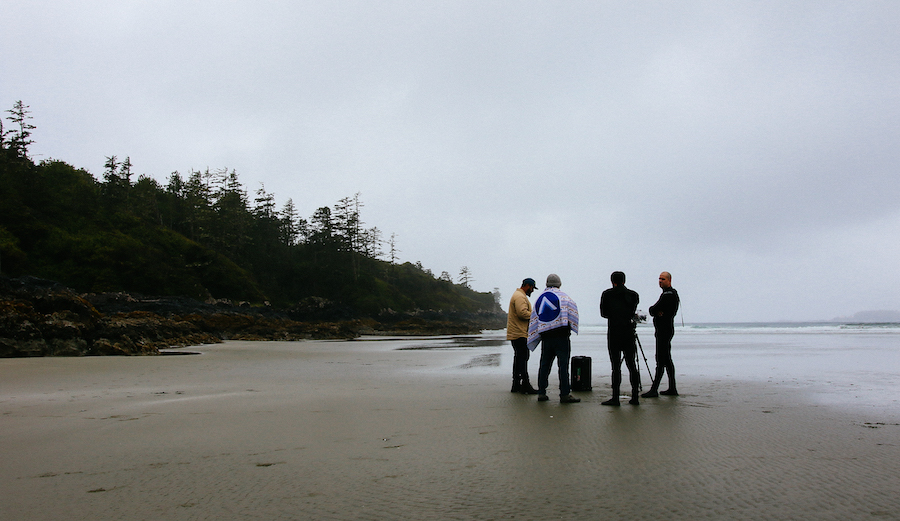 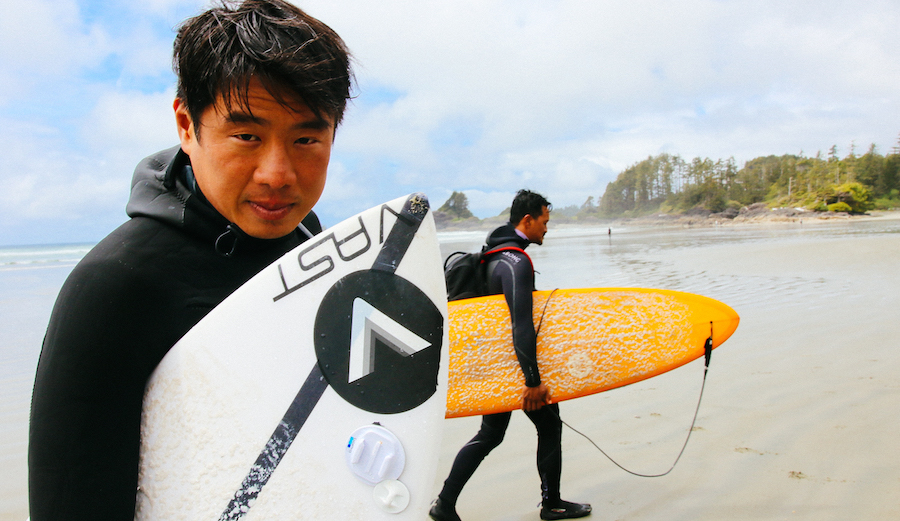 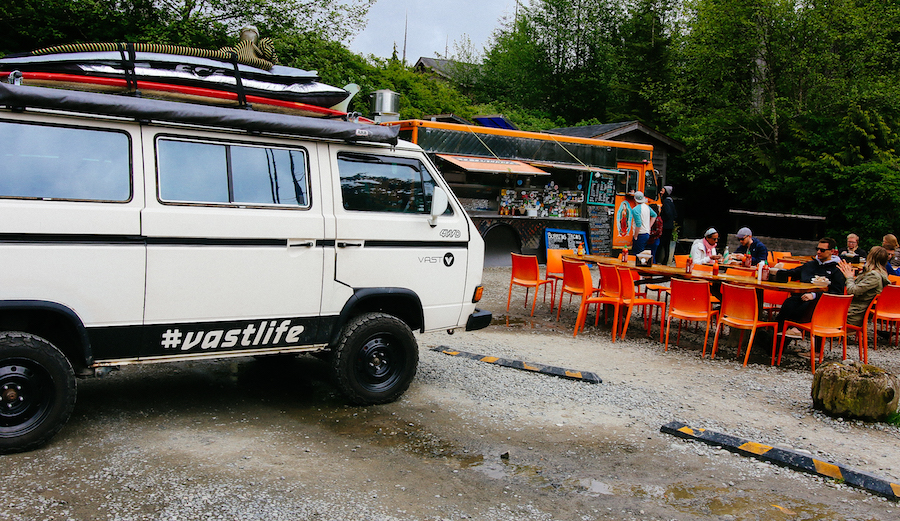 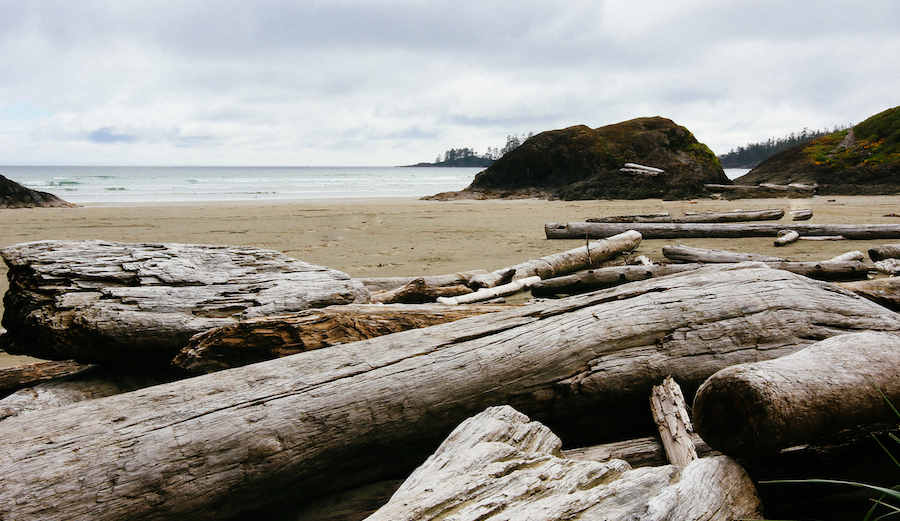 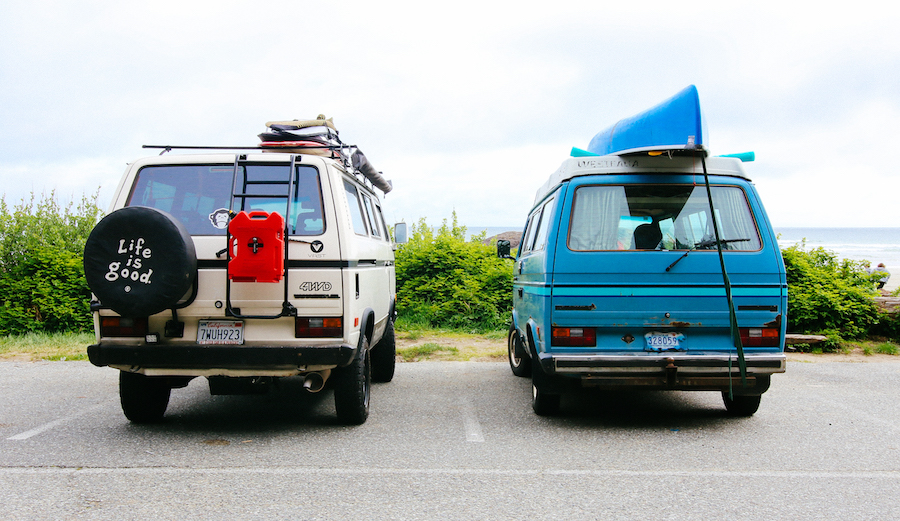 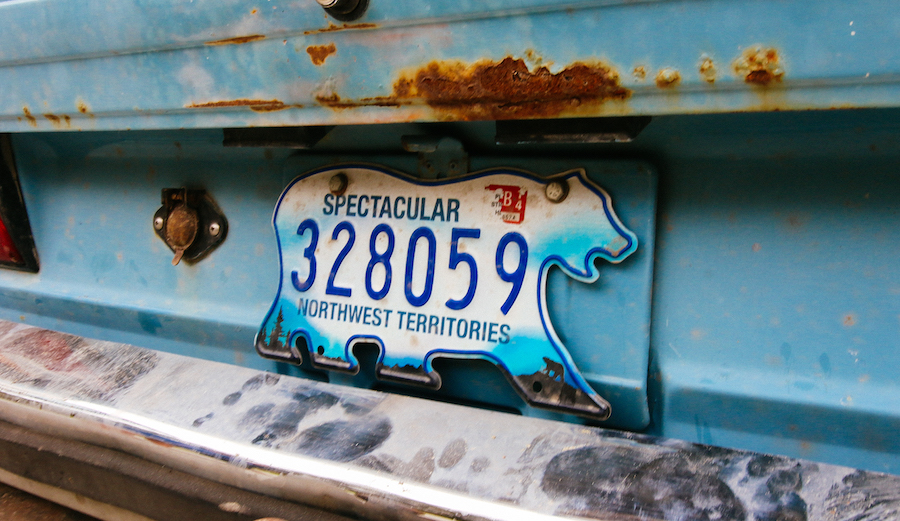 Editor’s note: Our friends at VAST have been wanting to explore the California coast by van and Porsche for some time now. When planning their adventure, though, they decided they’d go big and go all the way to Vancouver. After some careful planning and a rough start, they recently made their 17-day sojourn happen, and the photographic evidence is stunning. Here’s a peek into their quintessential jaunt up the Pacific Coast in all its glory. This is part three of a four-part series. Check out part 1 here, part 2 here, and part 3 here.

We were on the final leg of our West Coast road trip. It was just wild – we’d been on the road for 14 days, but it felt like not long ago we were scrambling to finish up the Vanagon Syncro and Between Waves, our RWB Porsche, and sorting out the trip logistics. Now, we had only three days left. Before going to bed we chatted about how incredibly fast the two weeks had gone by, but at the same time, how the first parts of the trip – Hollister Hills, Syncrofest, Monterey Bay, San Francisco, et cetera – felt like a different lifetime.

The road trip had transformed us, turning city surfers into explorers and adventurers. We ended the night joking about planning our next trips.

We got up super early the next morning to start our next long drive into Canada (10 hours nonstop, including a ferry and a border crossing), but no one was fazed – driving long distances seemed like a piece of cake now. That, and I think the crew was eager to get up close and personal with Tofino, a legendary surf town on the tip of Vancouver Island. After a quick coffee and pastry, we were full steam ahead.

To break up the drive a little, we planned a quick stop in Port Angeles, Washington to meet up with our friend Brian Kawal. Brian makes beautiful eco-friendly furniture; he also loves to surf and owns an immaculate RWB, among several other very cool vintage rides. He had just made a similar road trip from Port Angeles down to Los Angeles and when he knew we were driving up, he invited us to come see the waves at Port Angeles. For days, we kept looking at Google Earth, trying to figure out how swell could possibly make it into the inlet. In all honesty, we were a little skeptical, but excited to check it out anyway.

The drive up took a bit longer than anticipated, so when we arrived in Port Angeles, we didn’t have much time to check the surf before we had to board the ferry to Vancouver Island. But we had to see it, so with Brian’s assurance that we’d make the ferry, we drove down to the nearest spot. The drive passed through a shady forest, and then down a cool little unpaved road. Finally, we parked and Brian took us on a short hike.  The sun was out, and the scenery was astounding. A quick hike took us around some marshlands, up a small hill, then we saw them: waves! The beach was sandy with some scattered cobblestones, tons of driftwood, and a few driftwood shacks surfers likely built. But the most impressive sight was right in front of us – a clean, pristine, peeling right-hand break. It looked perfect that day for a log, but with a bigger swell definitely rippable. We were mesmerized.

Brian told us there are several breaks nearby that are home to a small, tight community of surfers. Who’d have guessed? Disappointed we need to rush off, we made our way back to the cars, each of us silently daydreaming about surfing and camping out in one of those driftwood shacks.

We shuttled back to the seaport, making it just in time for the ferry, and got the cars loaded up. The crossing would take about an hour, and some of us got a bit of shuteye, while others took in the views of the gorgeous mountains rising up out of the sea. Before we knew it, the captain announced our arrival in Victoria, Canada on Vancouver Island.

I’ve seen many photos of Victoria, with her colonial-style architecture surrounded by seas of flowers in full bloom. Seeing all this in person was even more amazing, but we knew there was more beauty on the road ahead. Stoked with our first impression of Vancouver Island, we couldn’t wait any longer to finally see Tofino, and we charged on.

The drive from Victoria to Tofino was every bit as stunning. We drove through the rainforest, got some dramatic views from the elevation changes, and took mental notes of places we wanted to come back to and check out. In between, we broke for a quick dinner, where we tried the Canadian delicacy of poutine—cheese-curd French fries—before finally making it into Tofino just a bit before 10 p.m.

Our good friend, skateboarder/snowboarder Jason Bothe aka Renee Renee, was already there waiting for our arrival. Jason is from Vancouver and knows Tofino well. We met way back in the day, and worked on a few projects together, but it had been a few years since we’d seen each other. Although we’re exhausted from being on the road for almost 13 hours, we stayed up into the night catching up. He took us on a night walk to check out the beach out front, where we stargazed and soaked up every bit of our first moments in Tofino.

We woke up the next morning a bit groggy, but ready to get wet. A few of us had already checked the surf when Jason suggested we should visit Cox Bay. It was drizzling a bit, but the air felt relatively warm. The drive to Cox Beach was short, and when we got there, we saw the parking lot was full of other surfers. The scene was surreal: although we’d read up on this surf town, it was difficult to imagine how booming the scene really is. There are surfers everywhere.  Everyone suits up in record time, amped and anxious. We walked down to the beach, frothing to see the waves. What greeted us is difficult to put into words: the white sand beach, the boulders and rocks scattering the shore, the rainforests that surrounded us, and, of course, waves. Bliss. I guess I will just leave it at that.

We scoped the scene for a while, not able to decide where to make our first paddle out, and finally selected the far south end of the beach, a 20-minute walk. There was a left-hand peak, with head high sets breaking next to a rocky bluff covered with a luscious treeline. Best of all, there was no one out. One by one, we paddled out. We couldn’t stop laughing as we watched each other catch one epic ride after another. We cheered each other on and filled the air with non-stop whooping. Stoked!

Reluctant, but exhausted and hungry, we got out of the water after about 3 hours. As much fun as we were having in the water, our videographer was just as amped, showing us raw footage of the waves and nature. Apparently, while we were surfing, he even spotted an adult bald eagle perched on a tree, posing majestically for his camera.

For lunch, Jason brought us to Tacofino, a taco truck started by surfers to feed their fellow hungry riders with delicious bites made quickly so we could get back in the water. When Jason suggested this, I thought, “Why’d we come all the way to Tofino from SoCal to eat tacos?” Skeptical, but starved and even more eager to get back out, we waited in the long line of other customers at this popular joint, and were pleasantly surprised by Tacofino’s creative variations. Most of us went back to order seconds.

After lunch and a bit of rest, Jason brought us to Long Beach, another famous spot a few miles south of Cox Bay. A local at Tacofino told us Long Beach’s surf is “like a hard Cox,” and for the rest of the day we made immature jokes. Unfortunately, Long Beach wasn’t really working, but there were a bunch of other peaks at Cox Beach, so we made our way back. By then it was close to 5 p.m. and the parking lot was even more packed.  Again, we were amazed at the surf scene there, but also jealous of the 9 p.m. summertime sunsets. For our second session, we paddled out right in front. There were about 20 other surfers in the water, and we stayed in until it was almost too dark to see. Although we didn’t say it out loud, I’m sure we were all thinking the same thing: Thank you, Tofino. We will be back.

The surfing part of our 17-day West Coast Road Trip was now officially over. In the morning, we’ll drive six hours into Vancouver City where we will bid farewell to each other. Four of us have an a.m. flight to Taiwan to get ready for a massive beach cleanup event in Yilan we’ve been planning. Then we’ll drop off Between Waves with our good friends at Flat Six Classics, where she will stay until a Porsche show and drive event later in the month. The rest have planned to spend the day in Vancouver, visiting some legendary Van City skate spots with Jason. Then, they’ll rest up for one more night, before making a straight-shot drive back to LA.

As the saying goes: all good things must come to an end. We spent our final night in Tofino, mentally reliving the many lifelong memories we collaboratively made. We didn’t know what to expect when we planned the trip. We knew that there’d be lots of driving, lots of hurdles to jumps over, perhaps some tense moments, and definitely some good times. It was all that, but so much more. For 17 days, we lived and learned. We co-existed and complemented. For 17 days, we experience things not many people get to experience, and for that, we feel grateful and alive. While all good things must come to an end, and our 2017 West Coast Road Trip has come to its final leg, our journey is not yet over. The VAST Life continues on…