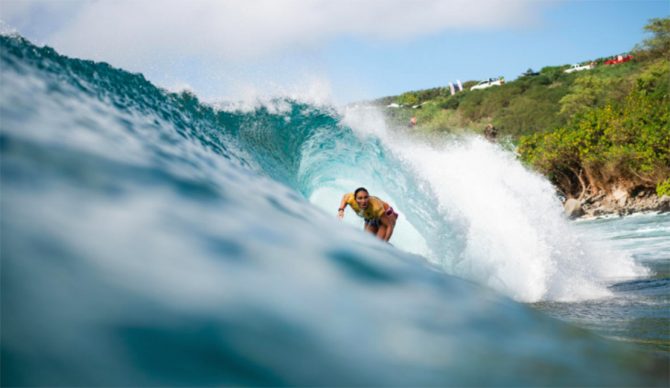 In disturbing news, finals day at the Maui Pro was called off after an apparent shark attack at Honolua Bay involving a non-contest surfer. The World Surf League immediately pulled the plug on the day after the incident. WSL CEO Erik Logan appeared on the Billabong Pipe Masters broadcast to make the announcement.

“We are announcing right now that there’s going to be no competition at the Maui Pro following a shark incident that happened in the Bay with a recreational surfer this morning,” he said. “We’re working with local officials there and we want to make sure that we express that our thoughts and prayers are with this surfer after this incident that happened this morning. We’ll keep you informed with the status.” 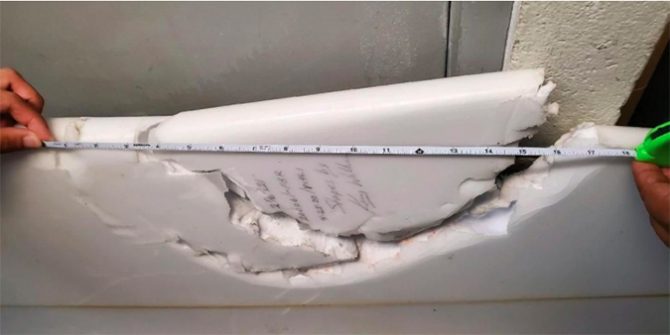 The bite mark. Photo: Department of Land and Natural Resources

State Park officials told local media that a male in his fifties was transported to the hospital in critical condition where he reportedly was undergoing surgery.  They said the incident occurred as the man was paddling out from “the bay’s old boat ramp,” and that the water was not clear due to the high surf. The Maui fire department said the man was already being treated on shore when its crew arrived, assumably rescued at least in part by the WSL safety team which was on hand for the event.

Authorities released a photo of a surfboard with a bite mark that was at least 17 inches wide (above).

The WSL has of course dealt with the ocean’s apex predator before – famously when Mick Fanning was attacked at J-bay. The League has since called off several heats and even full events, most notably in 2018 after a string of attacks in Western Australia.