World’s First Commercial Wavegarden Set to Open in the UK 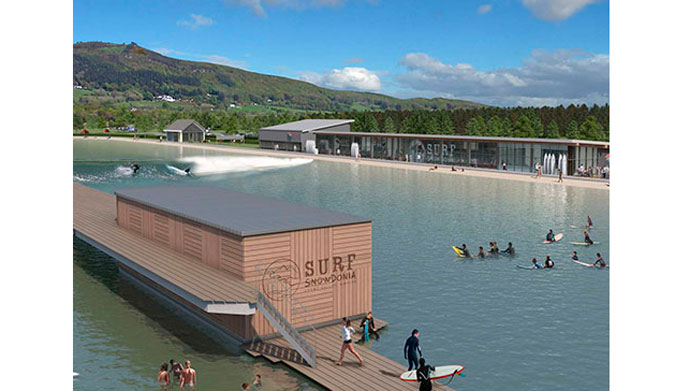 The world’s first commercial wavegarden is set to open this summer. Holy crap.

For the most part, wave pools get a bad rap. There’s always a new project, a new concept, or a new plan for the next big wave pool, but there’s yet to been a truly successful artificial wave. Either a newly constructed site can’t turn a profit, or a projects loses steam before even getting off the ground. Despite the shortcomings of wave pools of the past, a new venture is kicking off in July 2015, and it looks awfully promising.

Surf Snowdonia might just excel where others have failed. The world’s newest man-made surf lagoon is set to open this July in the UK. Set in the beautiful, lush mountains of Snowdonia in North Wales, the wave lagoon at Surf Snowdonia is absolutely stunning. The lagoon is filled with pure Welsh rainwater, and it produces a wave that is accessible to all levels of skill. The facility will provide both surf sessions and surf instruction, as well as bodyboarding, stand-up paddling, surf kayaking, surf yoga, surf fitness, and early morning swim sessions.

First and foremost, Snowdonia focused on the quality of the advanced wave. As this would be the centerpiece of the park, the Wavegarden group of hydrological, civil and mechanical engineers behind Snowdonia worked closely with professional surfers to produce a truly high quality wave. With 10 years of R&D and millions of euros invested, the group has produced a facility they are truly proud of. The Surf Snowdonia website explains the break as follows:

At the push of a button, the facility will generate perfectly formed barreling waves which will interact with contours on the bed of the lagoon to provide different wave profiles at different points in the lagoon. The waves will be variously 2m, 1.2m and 70cm high, and will peel for up to 150 metres. They will be generated at a rate of one every minute.

From the expert central area of the lagoon, two identical waves break simultaneously left and right with barreling point-break type rides up to 20 seconds long. Once the waves reach the beginners’ area at each end of the lagoon, the left and right hand waves transform into smaller more playful whitewater waves, the perfect size for all ages to learn and improve their skills. 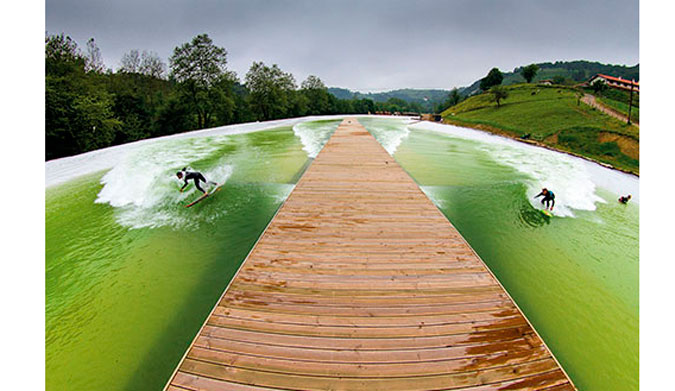 A left or a right. You choose.

By offering waves suitable to all ranges of ability, Snowdonia can maximize the number of surfers who will make the trek to the facility. The lagoon provides a safe place for all ages and levels of surfers to enjoy time in the water, no matter their level of experience. As a result, the site is expected to attract well over 75,000 visitors each year.

The facility has also taken great care to manage its environmental impact. The facility is built upon an old, derelict industrial site that had little prospect for development. In partnership with Natural Resources Wales, Surf Snowdonia cleaned up over one hundred years worth of industrial waste, and they transformed the bleak wasteland into a beautiful, and more importantly, clean lagoon. Additionally, Surf Snowdonia utilized tons of recycled metals, stone, and other materials to construct the site. Finally, the facility uses 100% rainwater, and the wave pool skips the chemicals to keep the lagoon clean; rather the facility uses UV disinfection.

The construction hasn’t been without its share of setbacks, though–a few days ago, a fire broke out on a pulley tower that will eventually house the machines that form the waves.

It’s evident that plenty of careful thought has gone into every aspect of Surf Snowdonia, clearly differentiating it from wave pool projects of the past. Only time will tell whether the efforts of the Wavegarden group will pay off, but its safe to say that this is the most promising artificial wave pool constructed to date. We’re excited to see how the facility’s opening pans out this summer.