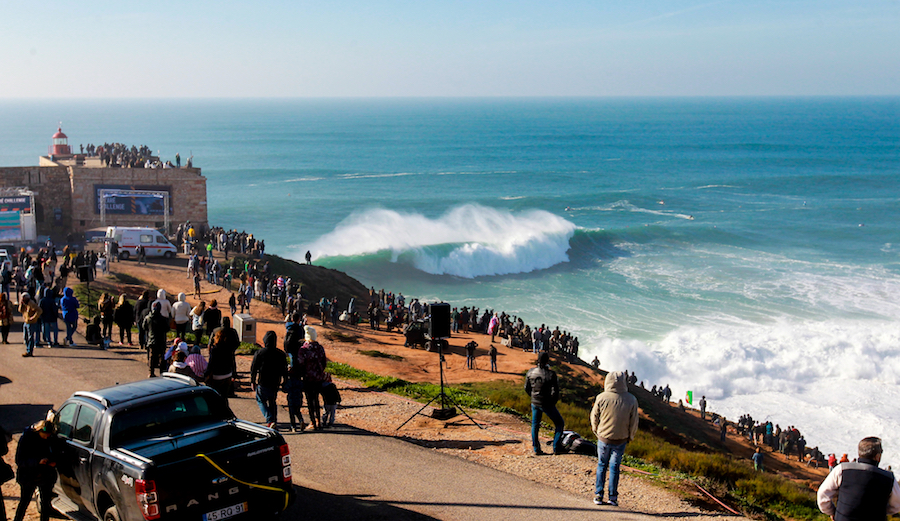 On Thursday, we reported that the World Surf League had axed Maverick’s from the 2019-2020 Big Wave Tour.  What remained unclear then was precisely why. Or, better still, what was the League’s alternative plan?

Well, today we have an answer by way of the WSL public relations team: a complete overhaul of the men’s and women’s Big Wave Tours that, in essence, isn’t much of a tour at all anymore.

Here’s the skinny. According to a Friday press release, the 2019-2020 BWT will consist of a single paddle event at Pe’ahi – billed as the Jaws Big Wave World Championships – a tow-in event at Nazaré, and a “Strike Missions” web series that will “deploy WSL camera teams into the eye of the storm in order to showcase big wave surfing beyond competitions.” The latter is consistent with the WSL’s ambition to make inroads in the consistent output of web content year-round (see also: WSL’s new WSL Studios initiative). The WSL  will also launch a Big Wave Development Fund focused on big wave safety and workshops as part of its new strategy.

The move to eliminate Maverick’s specifically, the release says, was due to “logistical challenges” and “the inability to run the event the last two seasons.” But, the League says, California’s premier big wave spot may still be part of content developed for the Strike Missions series.

Countless superlatives were used to describe this overhaul of the Big Wave Tour that’s now being called a “platform.” “The new WSL Big Wave platform raises the profile of big wave surfing and empowers its athletes by capturing and showcasing more exciting big wave moments,” the press release explains. Still, reading between the lines we get a picture of how difficult it is to create a financially viable Big Wave Tour when events are run with as little as a few day’s notice, if at all (read: Maverick’s).

“We are excited to launch the new WSL Big Wave platform, which leverages big wave surfing’s unpredictability to share unbelievable moments as they happen,” said Pat O’Connell, WSL SVP of Tours and Competition. The operative word there being “unpredictability.”

“The pace of big wave surfing is unique,” O’Connell continued. “A swell can hit with two-days’ notice and surfers need to be emotionally and physically ready to overcome the power of nature. This evolution of our big wave approach allows us to be present when these moments happen and further elevate big wave surfers by consistently providing new and fresh content to fans around the world.”

Detractors of the WSL’s content-forward strategy like San Mateo Harbor Commissioner Sabrina Brennan say that the elimination of an event where big wave surfers can potentially earn prize money, albeit a meager sum compared to the CT, and replacing it with a web series for which she says athletes will not be compensated isn’t exactly a viable, long-term solution.

As of yet, this new “platform” doesn’t have a name, but according to the WSL it will be used to distribute harrowing big wave moments and be a central location for the Big Wave Awards that continues to validate Guinness World Records.