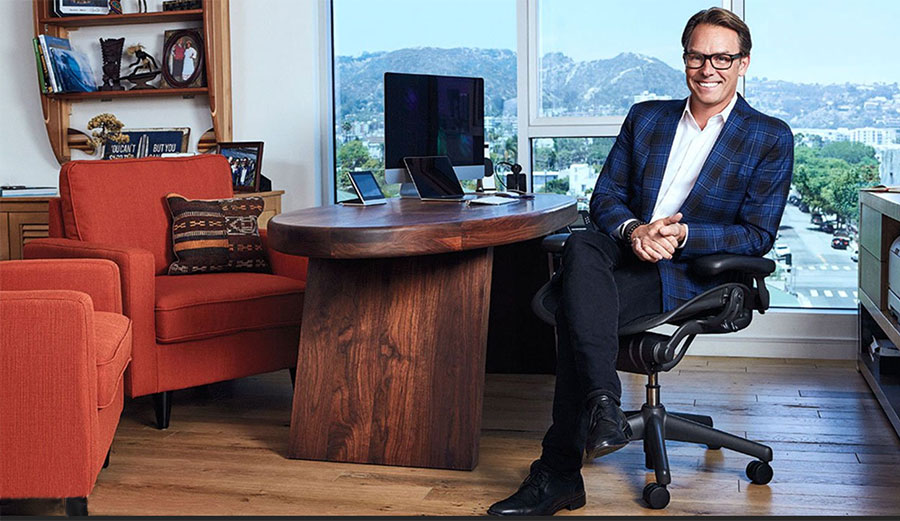 Logan in his OWN office. Image: Hollywood Reporter

Remember when the WSL was the ASP and everything sucked? The webcast sucked, the logo sucked, the whole damn thing sucked. For years, it was amateur hour. Compared to mainstream sports, pro surfing looked like Little League. Then a billionaire bought it and painted everything green. Dirk Ziff pulled money out of all of his orifices and chucked it all over everything. The name changed. The logo changed. The webcast changed. Surfers got numbers and jerseys. And most importantly, the WSL stopped hiring surf industry rejects and started hiring professionals. Like their newest hire, Erik Logan. As of January 2019, he’ll be the President of Content, Media, and WSL Studios.

“Logan’s role at the WSL will include the delivery of all live and non-live content and media, in addition to global distribution across all the WSL’s owned and operated channels, as well as its partners,” the press release reads. “Logan will also oversee the creation of WSL Studios, which will deliver a broad range of high quality scripted and unscripted surf and lifestyle content. He will also lead a new direct-to-consumer membership offering, which will in the future become a key aspect of the WSL’s world-class content portfolio.”

Real quick. Do you know how Dirk Ziff, the secretive man behind the World Surf League’s curtain, made $4.8 billion dollars? His dad, William Bernard Ziff Jr., was a publishing king who started the Ziff Davis magazine empire, which had Popular Aviation, PC Magazine, and Car and Driver, to name a few. In ’94, Dirk and his brothers inherited an ungodly amount of money, then started Ziff Brothers Investments. Now, all these years later, they turned that ungodly amount of money into a net worth that is almost unimaginable. Dirk is listed as the 143rd richest person on the planet, and he did that by investing. The WSL is an investment, and Dirk Ziff has a very good track record when it comes to investing.

Here’s a hard truth if you’re a core surfer (whatever that means). Brass tacks: the WSL is not meant for you. The WSL is not meant for a person who doesn’t want surfing to grow. The WSL’s main objective is growth. The WSL wants surfing in the Olympics, surfing on the television, and surfing in wave pools. The WSL wants the WSL to be the next NFL, the next MLB, the next NBA. This is not a secret, and they are hiring the people who can make it happen.

Take Sophie Goldschmidt, for example. Since surfers are used to having surfers in charge, it seemed a strange appointment. By her own admission, she does not surf. Surfers were outraged. An imposter was not only in our midst, but an imposter was also in charge of the main body of the professional part of our midst.

When it comes to sports, however, Goldschmidt has a wealth of experience and a track record that’s pretty damn impressive. So impressive, in fact, that Forbes put her at number 15 on the list of The Most Powerful Women In International Sports 2018.

She had executive roles in the Rugby Football Union, Women’s Tennis Association, and the NBA, and she was extraordinarily successful in all of them. You think she plays rugby or tennis or basketball at a professional level? She does not, and it doesn’t matter, because—and listen carefully, here—the people running sporting associations don’t need to be good at sports. They need to be good at the business of sports. That fact is accepted in every other pro sport, but for some reason, surfers can’t seem to accept a non-surfer at the helm of a surfing company.

So who is Erik Logan? Core surfers will call him a kook on comment boards. He is a stand-up paddleboarder who started riding waves in his 40s. He loves Laird Hamilton. He’s also the President of the Oprah Winfrey Network, which is the most successful cable network in its target demographic, and Oprah is not known for hiring people who suck at their job.  Before that, he was the guy behind the explosion of XM Satellite Radio. He is very good at his job, and now his job is to make the WSL bigger, crowds be damned. 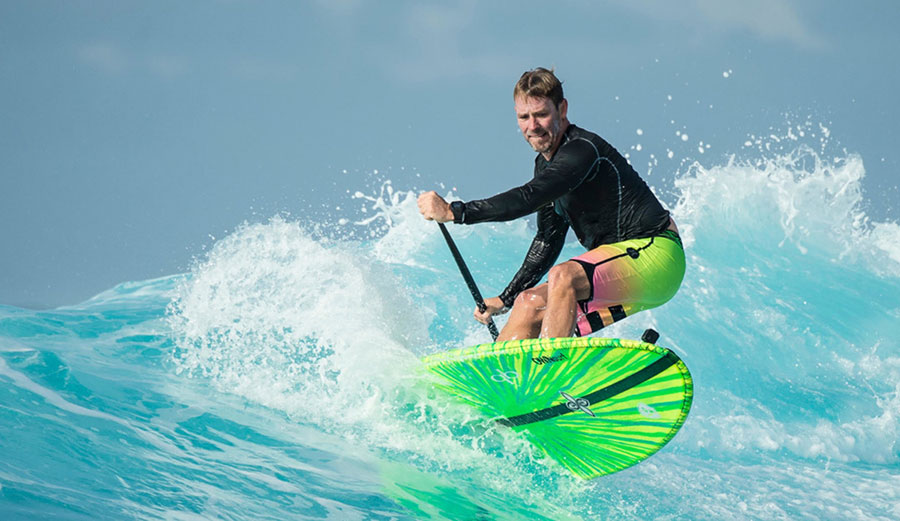 So while Ziff, Goldschmidt, and Logan might not be core surfers, they are extremely good at what they do. What they’re doing, however, turns a lot of surfers into boiling cauldrons of seething rage.