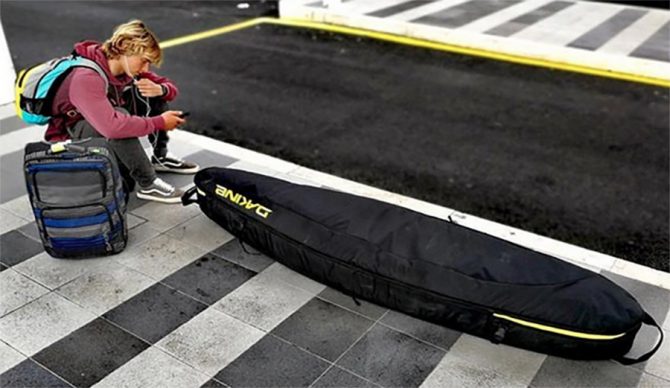 My family has been traveling around the world on surf trips for well over a decade and one of the biggest hassles we encounter is the outrageous fees airlines charge for boards. Even though most board bags weigh less than your check-in suitcase and definitely less than your golf clubs, chances are you’re going to pay (in some cases a lot) extra to bring your stick with you on a trip.

Recently, I reached out to a few friends that work as ticket agents in San Diego, Los Angeles, and Honolulu to pick their brains for the best ways to avoid those fees. Of course, there is no foolproof way to ditch baggage fees altogether because when the moment comes, it’s all up to the ticket agent. Sometimes these tricks work, sometimes they don’t. But even if one of them only works once, you’ve possibly saved yourself well over a hundred dollars. So it’s worth trying. 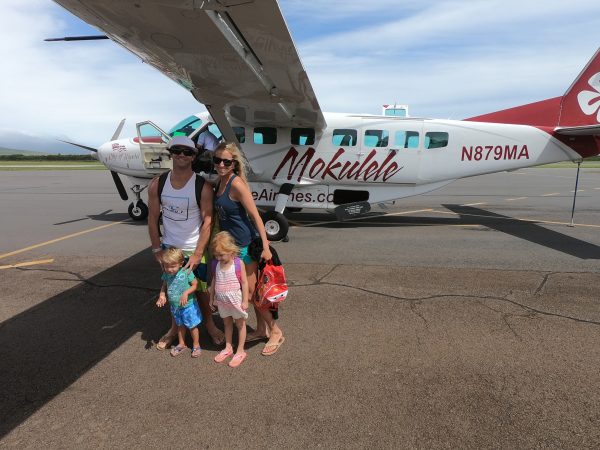 1. Consider the Airline and its Specific Baggage Policies

We’re flying to the Dominican Republic next week and the flights to Puerto Plata from LAX were essentially the same price on American and United. United recently announced that they lowered their surfboard fees from trips originating from or to California to the cost of a check-in ($35), down from $150 each way.We’re still waiting for them to void surfboard fees on all flights. American Airlines still thinks it’s a good idea to charge $150 each way.

Thanks to that simple change, United just earned five tickets and American lost out on a lot of money. I have noticed that budget airlines are the least flexible and will be the least likely to hand out favors. Good luck getting past the ticket agents at Spirit, Norwegian, XL Airways, to name a few. As a general rule, we always fly Alaska Airlines to Hawaii, Costa Rica, and Cuba because we have an Alaska credit card and our boards are free. They also tend to have the cheapest fares. So before you do anything else, paying attention to the airline you book might be your biggest ticket to saving you big.

2. Don’t Be Afraid to Throw Out Your Best Game

My husband and I have a unique advantage. We both surf so we have a policy that when we are called up to the gate, the spouse that is of the opposite sex of the ticket agent is the one who does the talking. The outcome, of course, depends on our charm that day and the warmth or coldness of that ticket agent’s heart, but it’s been a good strategy overall. A little bit of flirting will never hurt and at best can save us some money. My husband, for example, speaks fluent Spanish, so he is in charge whenever we fly to Latin America. Our success has varied, but we have saved probably around a thousand dollars on multiple flights. Of course, this isn’t an exact science but we continue to employ it. Plus, for two people out of the dating game for almost 15 years now, it’s a great way to see if we’ve still got it.

Are you going to the tropics for a week? You can probably get by on a few pair of board shorts or bikinis, a few pair of t-shirts, and an extra pair of sandals. You don’t need to bring your sun hat, 20 bars of wax, three outfits for each day, heels, wedges, pumps, tons of makeup, and a year’s subscription of your favorite surf magazine. We make it a point to pack all of our clothes in our personal bag if they don’t fit into our board bag, (we each have an enormous backpack for traveling). On longer trips to multiple countries with differences in climate/precipitation, we try to share a carry-on too. Since we typically travel as a family, we try to pack light and limit the amount of bags for not only simplicity, but for luggage allowance purposes.

This was confirmed as a good strategy by one of our ticket agent contacts. If we check in individually with only our surfboards and maybe one other bag, ticket agents end up being more lenient, knowing we’re probably only using about half of our actual luggage allowance.

Our ticket agent friends admit it’s a lot easier to look the other way when someone brings a 6’0’’ board bag to the check-in counter than the guy dropping off something that looks like it’s carrying a canoe.

We once watched in amusement as a guy tried to get his 10-foot board bag on the scale. He was banging everything around him, making a ton of noise, and drawing the attention of everyone around. I doubt he was able to charm the agent out of that one.

5. Use an Extra Board Sock

Our boards are usually between 5’6’’ and 6’6’’. We each have an oversized board sock that we stuff two boards into. We pad the rails and tighten the tail, then we put another board on top of the two. We usually only do this for the airlines that tend to count and have a two board maximum, like Spirit and Hawaiian. This trick will not save you money, but it will allow you to bring another board. Also, we pack that board bag as tight as possible to discourage the ticket agents from actually opening it and rummaging through our bags.

When we travel, we always set out with the expectation that we’ll have to pay full price. Expect the worst so any breaks you get will just add to your stoke. We’ve had about a 30 percent success rate, usually with Jet Blue and Delta, but here and there with other airlines as well. We have also noticed international ticket agents (Especially in the Caribbean and the South Pacific) seem to be much more lenient than American agents and we have had better success avoiding fees when flying out of San Diego airport as opposed to LAX. While we prefer to bring our boards with us wherever we go, sometimes renting makes more sense. We have rented really good boards in hot spots like Spain and France and even in places you wouldn’t expect a decent rental, like India and Sri Lanka.