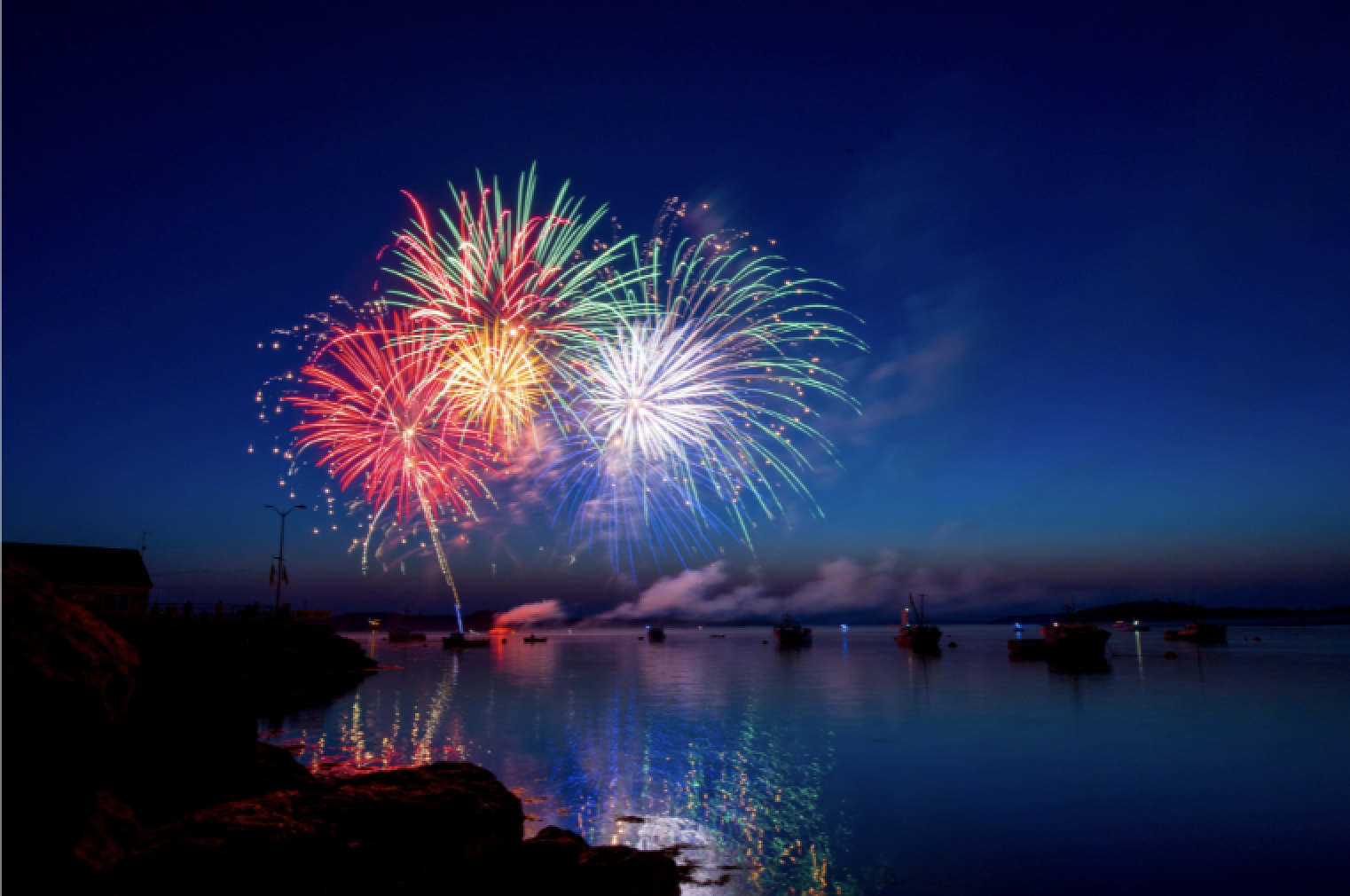 Find the perfect spot to watch the fireworks this year. Photo: Ray Hennessy//Unsplash

The 4th of July is here and there’s no better way to celebrate Independence Day than watching fireworks with family and friends. COVID-19 put a damper on the past few year’s celebrations, but this year things are beginning to return to normal and colorful pyrotechnics will be lighting up cities across the nation. If you’re still deciding on a good place to watch the show, look no further. Here, we’ve rounded up seven of the best places to watch the fireworks this year.

If you’ve yet to experience the 4th of July on the Gulf Coast, you’re missing out. Sertoma’s 4th of July is more than just a firework show, it’s an entire afternoon full of activities and entertainment. The event begins at 4:30 p.m. and there will be live music and food trucks, so you can make an evening of it. The firework show will begin at 9 p.m. and will be launched from the Shanska USA platform over the bay, so bring a blanket or a beach chair to claim a spot to watch from.

Just a couple of miles north of world-famous Lower Trestles, San Clemente’s fireworks will launch from the San Clemente Pier. The show will begin with a flyover by the Condor Squadron, consisting of four AT-6 aircraft World War II trainers — the flyover will take place from approximately 6:00-6:05 p.m. in San Clemente. The firework show will begin at 9 p.m. and last around 20 minutes. Spectators can watch from the beach, or if you’re feeling adventurous, you can paddle out at T-Street and surf under an explosion of color. A free trolley service will be running 10 a.m.-11 p.m. to assist with parking.

For over 65 years, Kailua Beach has been home to an incredible firework display for both locals and visitors to enjoy. Originally, the fireworks were launched from Flat Island across from the Kailua Beach, but in 2002, the platform for launching was moved to a mobile barge. In 2000, a “twilight show” was added, with acrobatic performances by two local pilots. This year, the “twilight show” and firework shows are back and festivities are set to begin at 8 p.m. Parking can be challenging, so arrive early.

Located on the southern coast of Maine, Ogunquit Beach is known for being one of the most beautiful ocean fronts in the area. Three miles of beach stretch form Main Beach to Footbridge Beach and North Beach, so there is plenty of room to spread out and enjoy. Live entertainment begins at 5:30 p.m. and the firework show is set to begin at 9:15 p.m., so come early and make a day of it. Fireworks can be seen from anywhere along the beach – pick your spot, sit back, relax, and enjoy the show. If it rains, the event will be rescheduled for July 5th.

On St. Simmons Island, Independence Day is a daylong celebration. Each year, the St. Simmons Island Sunshine Festival is held in the Pier Village on St. Simmons and includes a five kilometer and one-mile fun run, fireworks, and other family friendly activities. The festival runs from 10 a.m. to 5 p.m. and the fireworks are scheduled to begin at nine. Event admission and parking are free but be sure to bring a blanket or chairs to watch the fireworks launch over the water at Neptune Park.

If you’re looking for a historic Independence Day experience, Bristol, Rhode Island is it. The town is credited with having the oldest 4th of July celebration in the country, with their first celebration dating back to the early 1800s. Today, the celebration includes a concert series at Independence Park, a carnival, a parade, and a firework show over Bristol Harbor. The best places to view the light show are from Independence Park or from a boat on the harbor.

If you’re looking for a late-night firework show, Seward, Alaska is the place. Since the sun doesn’t set until 11:22 p.m., the show doesn’t start until midnight. The fireworks are set to launch from Harbor Uplands, near the Mariners Memorial. Although the fireworks can be seen from all over town, favorite spots to watch include Seward Waterfront Park, Seward Boat Harbor, or on a boat in the bay. Just be sure and bundle up!