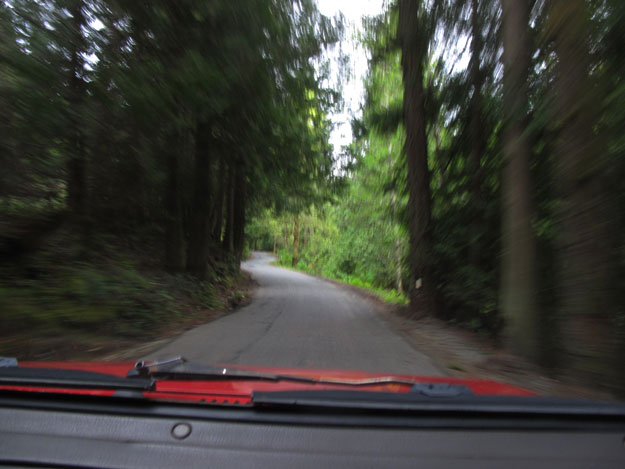 I was giddy every time I said it. And I said it a lot. From the moment I booked a ticket to Vancouver from LAX, I used every opportunity to casually (and forcibly) mention the fact that I was headed to a land best known for hockey, South Park parodies, and the world’s best dressed police force for a surf expedition. I relished the concerned interrogation that followed.

“People surf in Canada? Isn’t it freezing up there? Seems like an odd destination for a surf trip.”

See, in the last year or two Canada has received a disproportionate share of page space in international surf magazines, and my interest had been piqued. Real piqued. Snow-capped mountains in the background with lonely, green groundswell in the foreground seemed like a fine proposition­­, so when Inertia contributor and friend Alex Haro offered me a place to stay, a camping adventure in Tofino, and, most importantly, a free meal (…I’ll do terrible things for free food), I found myself cramped into an Alaska Airlines economy seat before I knew what happened. What followed was my first voluntary cold-water surf trip, and although we scrounged up one, hour-long surf session in five days, I managed to leave Canada with the adventurer’s smugness I aspired to. As much as I’d like to report back with non-fictional tales of igloo barrels and grizzly bear hugs, I have none. Instead, I have this list of observations. Hopefully, it will suffice. 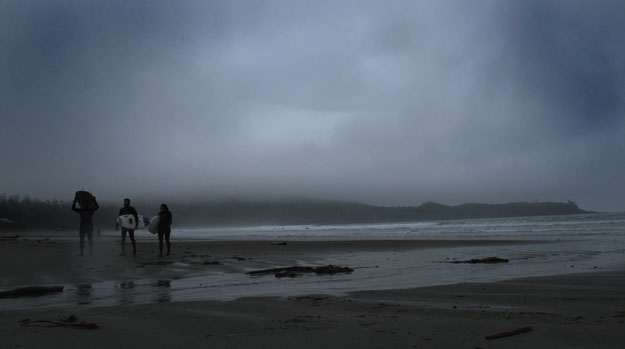 You need a passport. I knew this, but you’re never too young to be senile. (I once left my car keys in a box of Cheez-Its and occasionally leave my wallet in the refrigerator. I distract easily. Sue me.) If my girlfriend hadn’t caught me streaking out the door to the airport a little late (as always) sans identification, I would have been forced to observe Canada from 1,200 miles away. That would have been much more difficult.

Canada is expensive. Holy snickerdoodle! Even in the midst of a catastrophic economic recession, I, as an arrogant American, assumed that the US dollar commands international respect. Apparently, it does not. It cost me $114.31 USD to fill up our gas tank, and $111 USD per day to rent a car. I didn’t eat a meal for less than $15 USD – breakfast, lunch, or dinner. Break the bank, why doncha?!

Fact: You are 87x more likely to acquire a brain freeze from a forced duckdive than you are from a duckdive you did “just ‘cuz.” And you don’t look as cool as you think when you do a “just ‘cuz duckdive.”

I like to judge a country by the quality of its junk food. And Canada’s got the good stuff. I hit up the gas stations and stuffed my pockets with Mr. Big bars, ketchup chips, and wine gums. Then, unsatisfied with the damage I had done to my health, I headed to the local pub to watch the Canucks take down the Sharks, ordered a Caesar (clamato juice, vodka, hot sauce, and a pickled string bean) with some poutine (French fries with cheese curds and gravy) and thought about Canada’s socialized medical care system. They need it. (So do we.) 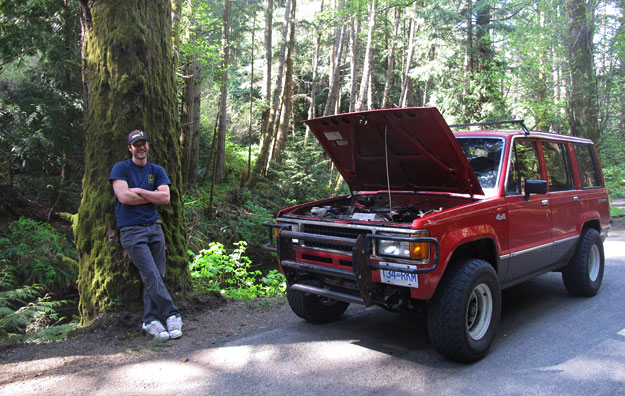 "You see, I don't know much about cars, but the problem is in there."

Breaking down in the middle of the forest on Friday the 13th just isn’t a good idea. Blown fuses be damned, we were one hitchhike away from inspiring next year’s based-on-a-true-story horror film. An ancient forester (Obviously. It’s Canada…) gave us a lift to the nearest pub, where we drowned our misadventure in golden Granville Island ales and participated in “the local meat draw.” Yes, in Canada, pubs auction off slabs of meat while you drink beer. Cue Tim Allen bear grunt.

In keeping with the spirit of Friday the 13th, we made it back to home base and watched American Psycho and Silence of the Lambs consecutively. It was a bold move, but I had never seen either film from start to finish, so Alex insisted it must be done. He was right. My 40-word take on American Psycho: Patrick Batemen actually committed those murders, and although he may be insane, his insanity pales in comparison to the twisted nature of many American institutions and their shameless coddling of the gentry. According to the film, if you’re rich, you can get away with murder. He did. 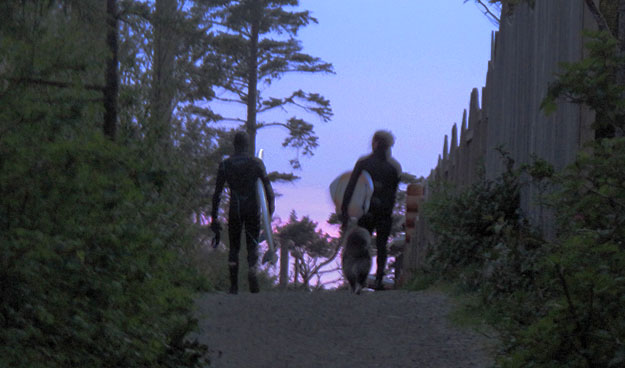 Fact: Two out of every three surfers in Tofino own large dogs.

With a warm fire and cheap beer, you can happily sit in the pouring rain for four hours. We bought firewood to camp in Tofino, and we intended to burn it, damnit.

Tofino is a full-fledged surf town. It made me nostalgic for the Outer Banks, with a dash of Haleiwa – except it’s freezing. When we pulled up to surf Cox Bay, I saw four women (each with huge German Shepherds) sprinting to the beach while wearing 4/3s, booties, hoods, and gloves. I will forever associate Tofino with adventurous women who own huge dogs. That may or may not be accurate.

We had a fun surf, and at one point, I found myself gazing back from the lineup at a mountain full of verdant cedars and fleecy white snow. I exhaled and saw my breath. I shivered a little. I felt good. Real good. Although I was only about sixteen waist-high Canadian waves richer (and $1,200 poorer), I was smiling ear to ear, because I went on a surf trip. To Canada! 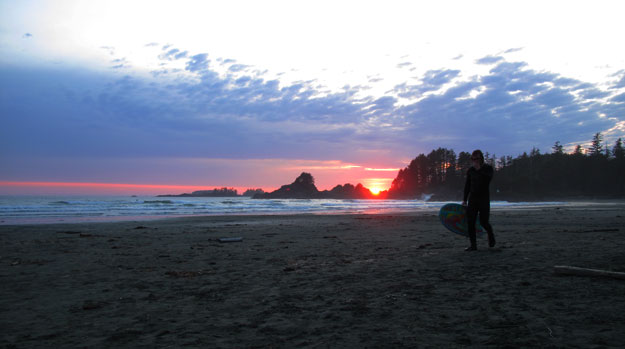 The sun sets around 9:15 PM in Vancouver Island in May. Science rules.