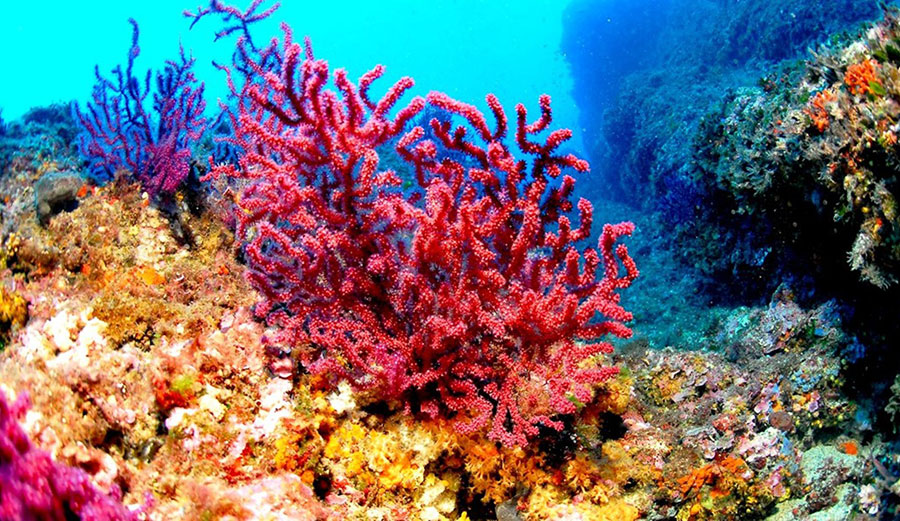 Death is not becoming of a reef this pretty. Image: Wikimedia Commons

In the last few decades, human beings have been repeatedly kicking the environment squarely in the balls. It’s been a quick progression from that first light shove back in the 1800s to a full out assault on a bloody and battered shell of what once was. We vomit vast amounts of toxic shit up into the atmosphere, warm the seas, and kill just about everything we feel like killing, all so we can continue to live in relative comfort, getting fatter and smellier and lazier and richer. Coral reefs, as you know, act as a canary-in-the-coal-mine when it comes to oceanic health. So far, though, we’ve been mostly deaf to the gasping tweets of that canary (the tweets from the Orange Man on the throne can be overwhelmingly loud sometimes). Researchers, though, may have figured out a way to save those “rainforests of the seas” from what looks to be an almost inevitable extinction.

While coral reefs all over the planet are dying, the Great Barrier Reef is, perhaps, the most obvious example. Back in June of 2016, researchers looking at the reef as a whole realized that, because of the longest bleaching event in recorded history, more than a third of the corals in the reef are dead.

Despite various plans to do something — including one called the 50 Reef Projects that involves many of the world’s leading researchers — it’s still clear that coral reefs are in dire need of our help. If we’re not going to do enough to solve the problem, that only left scientists one option: make a new kind of coral that can withstand the onslaught. “It is a story of hope, rather than saying ‘it’s all going to die and there’s nothing we can do about it’,” said Prof Madeleine van Oppen, from the Australian Institute of Marine Science and the University of Melbourne to The Guardian.

These new super corals are made from cross-breeding different kinds of reef-building corals and making new strains of algae that corals rely on. So far, everything looks good — so good, in fact, that they’re hoping to introduce them into wild corals by next year. The technique has already been employed successfully in an aquarium in London and, according to reports, is being “scaled up in Florida and could see corals planted off that coast by 2019.”

Of course, any time you’re messing with nature on a massive scale (take Harvard’s somewhat terrifying idea to try and cool the planet for example), there are some very serious potential ramifications, and the researchers know that. “It is too late to leave them alone, given the pace at which we are losing corals,” said van Oppen. “I don’t have any problem with that. We have already intervened in the marine environment tremendously and there is no part where we cannot see human influence.”