Finally Frendly: Jamming Out to Frendship 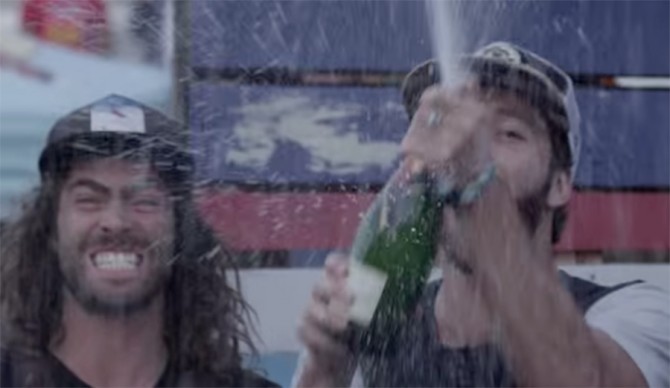 In the seventh and final episode of Following Frendly, the fifth annual Frendly Gathering went off in Vermont without a hitch. The first half of the video segment watched like a TV ad for the festival, and it made me REALLY want to go. Jack Mitrani and Danny Davis transformed the woods-y Vermont venue, ramshackle for the winter, into a stellar festival venue. And it’s always a pleasure to see humans of all sizes and stripes having a blast together.

The truly visionary moment of the season finale, however, came when the Frends unveiled their brand new “Frendship.” The old aluminum Airstream camper trailer had been artfully and expertly transformed in to a hip rolling recording studio. Finally, the relevance of having Skype as a sponsor for the project (and the series) was truly revealed: people from all over the world could video-link into the sessions to chat with participants, watch the music being played live, and generally foray further into defining just what a globalized society looks like.

And that’s what gave me such hope in watching Jack and Danny’s antics throughout the course of the season. These guys are spreading ideas that we, as a generation, must adopt if we have any hope of pulling what appears to be a ship going down in flames together into a thriving humanity. These ideas, spoken by just about anyone else, would seem infantile and lame — only professional snowboarders could make the message cool.

I’ll be keeping my eye out for the Frendship. And when I see it rolling down my block, I’ll be sure to hop on a say hello.