In Honor of International Women’s Day I Ask This: ‘Is Equal Pay Paving the Way to Gender Balance in Boardsports?’ 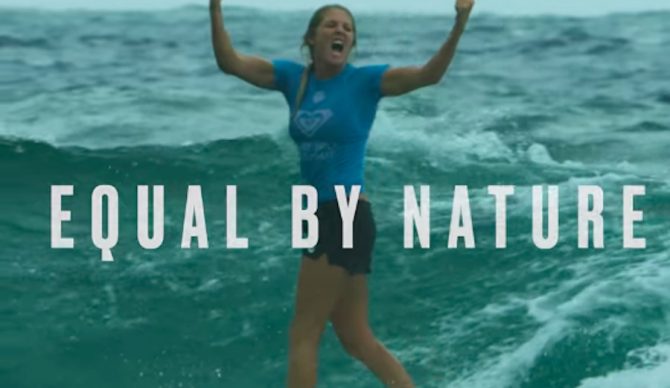 Stephanie Gilmore got goosebumps when she first heard the news that the WSL would be instituting equal pay for men and women in 2019. Photo: WSL

International Women’s Day is March 8 and this year’s theme is #balanceforbetter, a direct call for a more gender-balanced world. When it comes to prize money, the boardsports community has started to gain significant notoriety for getting on board, so to speak. The most high-profile example was the World Surf League’s announcement last September that they’d be awarding equal pay for men and women across all WSL controlled events. Snowboarding, meanwhile, has a relatively long history of offering equal prize purses. Back in 2008, the X Games began offering equal prize purses and the Burton U.S. Open has long offered pay parity. In 2018, Vans announced the Girls Combi Competition will have an equal prize purse for skateboarding athletes.

But are we finally seeing balance?

The recent strides in the boardsports community–especially surfing– are welcome, even if they are a little late to the party. Equal prize money is great, but sponsorship deals are still lagging. It’s been almost three years since Billabong dropped its sponsorship of Keala Kennelly. Ironically, the year she was dropped by her largest sponsor was the same year she won the Barrel of the Year Award. In 2018, Kennelly won the WSL’s Jaws Challenge but somehow she’s still without a major sponsor today. In a recent article in The New York Times magazine Kennelly recalled receiving a message from a sponsor saying, “it’s fun seeing you in a bikini, but it’s not fun seeing you charge giant waves.”

Another wall we still have to climb is the limited opportunities for amateur women to break into the pro ranks. Some organizations are taking on the challenge. For example, the non-profit, The Alliance, is an “association of professional women skateboarders and other action sports athletes who have united to develop and promote their sport by empowering and encouraging young women’s participation as well as increasing professional opportunities.” The Alliance was instrumental in persuading ESPN to offer equal prize purses at the X Games.

One thing I  believe makes a difference is all-female events. The Supergirl series, an all-female action sports contest series, was developed to showcase the high level of female talent. In celebration of this year’s International Women’s Day, Supergirl is hosting its annual snowboard contest at Big Bear Mountain from March 8-10. It’s the only all-female snowboarding competition in the world. The contest is meant not only to showcase the world’s best female athletes, but also to serve as a developmental contest to help locate, nurture, and encourage the next generation of aspiring female snowboarding pros.

Having more females participating in boardsports is a net gain for the entire community. What’s more motivating for females or males for that matter, than seeing some 16-year-old girl charging hard, no matter what she’s standing on?

So the question remains, are we seeing real balance? I think we still have a long ways to go. But as a society–and especially within the action sports community–it seems like we’re finally working on it.