“We don’t want to talk about the trailer.” That was the refrain Cori Schumacher heard from the heads of the Roxy marketing department. She had just delivered more than 20 thousand signatures along with a thick stack of comments on a petition that asks the company to stop its “all sex, no surf” ads. The petition was started in response to Roxy’s teaser for the Biarritz Pro, which features a faceless blond female surfer (later revealed as Stephanie Gilmore) lolling in bed in her underwear, showering, waxing her board (close-up on her bikini top) and paddling out into the ocean (close up on her bikini bottom), but not surfing – and this, to advertise a women’s surf contest.

Many people were outraged, disappointed and/or disgusted by the sexy, surfless teaser, and signed the petition asking Roxy to “stop the sexualization of women in your marketing and advertising and instead, help to present women surfers in a light that women can be proud to be associated with and young girls can truly admire.” In 1993, Roxy pioneered the first boardshorts for women and ran with the slogan: “Fun, Bold, Athletic, Daring and Classy.” The company strayed from those admirable roots with this teaser and lost customers as a result:

As the father of two young watergirls who look up to the Roxy pros and wear a lot of Roxy clothes, this is very disappointing. Surfing and the ocean lifestyle don’t need to be sexed up and strong capable waterwomen don’t need to be objectified like this. I don’t know who you think you were targeting with this ad but this is one family right in the center of what should be your target that will be reconsidering buying Roxy products in the future. -Stephen Watkins, Thousand Oaks, California.

With many similar comments in hand, together with the 20,000+ petition signatures comprising a thick stack on 11″ x 17″ paper, I rode north last Thursday with Cori, her wife Maria, and Krista Comer, professor of Literature and Women’s Studies at Rice University in Texas and author of Surfer Girls in the New World Order. 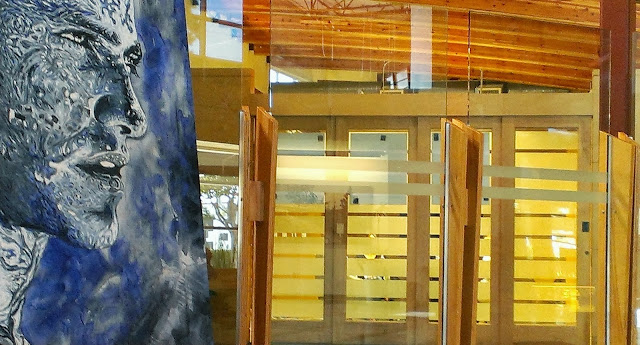 At Roxy headquarters in Huntington Beach, Krista and I were initially excluded while only Cori was allowed to meet with Danielle Beck and Cathey Curtis, VP and Senior VP of Marketing. We cooled our heels in the modern lobby with Sheri Crummer, who shared stories of being a surfer girl in southern California in the ‘60s. Meanwhile, on a big screen on the side wall, today’s surfer girls cavorted in Roxy bikinis. After an hour, Krista was permitted to join the meeting, which continued for almost another hour. Cori has written about what went on behind those closed doors. In addition to the signatures and comments, she provided substantive documentation that would support a shift to a more performance-based marketing campaign. For example, recent studies have shown that sex doesn’t really sell in sports. Athleticism is what counts. Here are Cori and Krista talking about their visit and what comes next:

Roxy promised to review the material and invited us to a future meeting. In view of the backlash, it seems unlikely that they will go so far down the sexy road again in their advertising. Their latest contest trailer is a step in the right direction, but since Roxy made no apologies nor promises, only time will tell if more than 20,000 voices have been heard.