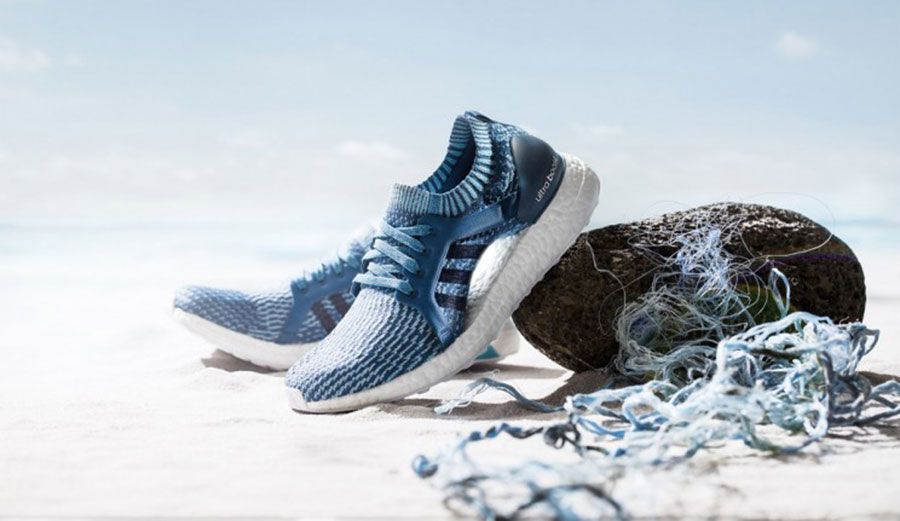 Adidas. Making shoes out of garbage. We like. Photo: Adidas

A few years ago, Adidas announced they would start making their shoes out of garbage. Ocean garbage, specifically. Now, a few years later, they’ve announced that those same garbage shoes are wildly successful—in 2017, they sold a million pairs of them.

It was April of 2015 when Adidas joined forces with Parley for the Oceans, a “space where creators, thinkers, and leaders come together to raise awareness for the beauty and fragility of our oceans and collaborate on projects that can end their destruction.”

Then, in 2016, Adidas and Parley teamed up with Real Madrid and Bayern Munich. “Both teams wore kits made from plastic waste gathered from around the Maldives for one-off games this month,” wrote J.P. Currie in December of the same year. “The kits, constructed of yarns from reclaimed and recycled ocean waste, will carry the tag line ‘For The Oceans’ and are available to purchase from Adidas. ‘Wearing a kit that is made from recyclable ocean waste is something I’m very happy about as it’s a fantastic opportunity to raise awareness about the need to protect and preserve our oceans,’ said Bayern Munich midfielder, Xabi Alonso. ‘I know this is the start of something very special.'”

Parley’s got their fingers in a lot of dirty pies. Working all over the globe with organizations like Surfers Against Sewage, Save the Waves, and even tech giant Intel, the group has been working tirelessly to fight a battle that seems, at times, hopeless.

“Their new footwear concept was born from the Ocean Plastic Program, working to end plastic pollution in the ocean,” wrote The Inertia back when the Adidas collaboration was first announced in 2015.  “The shoe consists of an upper made entirely of yarns and filaments recycled from ocean waste and illegal deep-sea gill nets. The nets were retrieved by another of Parley’s partners, Sea Shepherd, who spent 110 days tracking and chasing an illegal poaching vessel off the coast of West Africa.”

They’ve got even bigger plans, too: by the end of 2018, Adidas wants to have released 5 million pairs of shoes made from ocean trash. And according to Eric Liedtke, the head of Global Brands, by 2024, Adidas wants to make all of its products from recycled ocean plastics.

“As a global brand we have a responsibility to help change the world for the better,” Mathias Amm, Product Category Director of Adidas Running said last April. ‘These designs reflect our support for a great cause, while delivering the exceptional performance we are renowned for – a powerful combination, which we hope will excite and inspire our global community as much as it does us.”