Amazon Fires: 8 Ways You Can Help Stop the Rainforest Burning 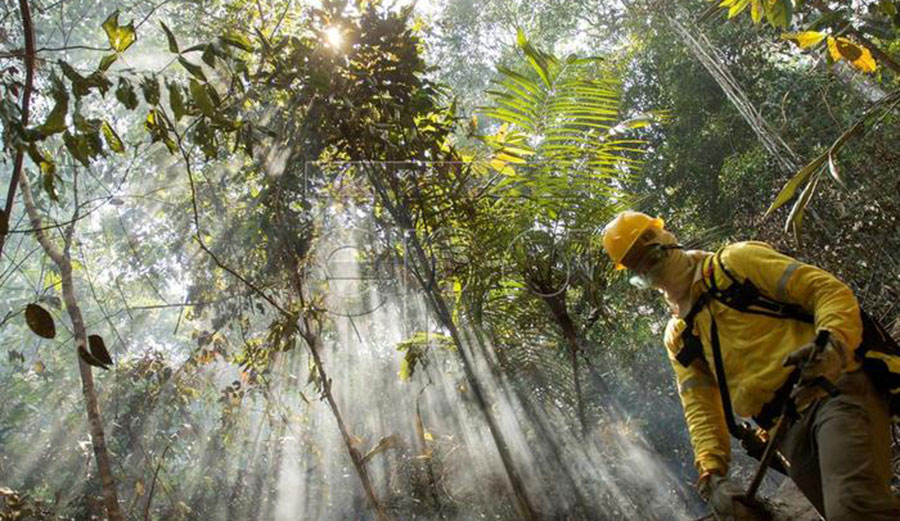 A fireman work to extinguish a fire at a forest near Porto Velho, Brazil, 28 August 2019. Brazil Amazon region suffer the worst fires of the last years. The government of Brazil has deployed some 40 thousand military personnel in the Amazon region. Photo: EPA-EFE/Joedson Alves

A tragedy continues to unfold across the Amazon. Tens of thousands of fires are raging across the region, destroying large swathes of forest in Brazil, Bolivia, and Peru. Unlike boreal forests, the Amazon is not adapted to fire, which means that burnt forests may take centuries to recoup the lost indigenous trees, wildlife, and carbon-storing capacity.

These fires are no accident. They are a result of the policies of Brazilian president Jair Bolsonaro, who since coming to power in January has weakened environmental protections in the region, slashed the budget of Brazil’s environmental protection agency by 95%, encouraged the clearing of land for agribusiness, failed to stem the illegal logging trade, and has called for the eradication of the near 1m indigenous people living within the forests.

So if politicians normally entrusted to rectify situations like these are instead making them worse, what can be done to stop the Amazon burning?

The fires in South America are not your fault, but it is now time for all of us to apply pressure to change the way we look after our planet and the future of life on Earth. Here are eight things you can do to combat the fires.

1. Protect an Acre of Land

The Rainforest Action Network has been working since 1993 to protect the Amazon one acre at a time. Its Protect An Acre grants have helped to support more than 200 front-line communities and indigenous-led organizations as they work to protect millions of acres of forest around the world. Protect An Acre helps local activists regain control of sustainably managed traditional territories, and fight against human rights abuses frequently associated with logging, pulp and paper mills, mining, and other extractive industries.

Similarly, the Rainforest Trust works with communities to buy land to protect it from logging, mining, and slash and burn agribusiness. You can support its work by buying some land and helping it to support local communities in preserving the Amazon for future generations.

Bolsonaro’s racist policies and anti-indigenous rhetoric have emboldened those who seek profit at the cost of indigenous rights and livelihoods. Amazon Watch works on behalf of and with indigenous allies, providing direct funding and support to help them defend their territories and their rights, for example by lobbying governments, exposing destructive corporations, and training indigenous communities. 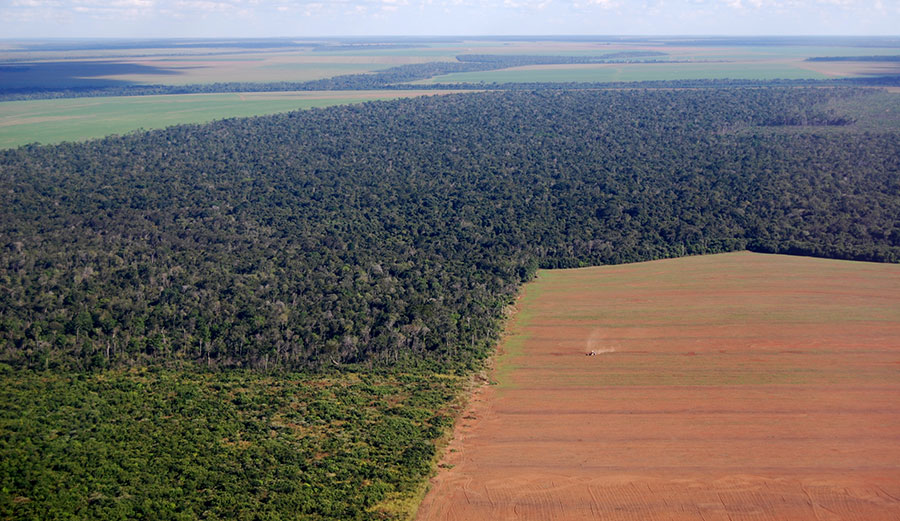 Deforestation exposes forest edges to the hotter and drier microclimate of agricultural land, and contributes to regional reductions in rainfall. Photo: Frontpage/Shutterstock

This work will continue to be important long after the fires are out – Bolsonaro is on record as saying the 900,000 indigenous inhabitants of Brazil should not have even a millimeter of space.

4. Reduce Your Wood and Paper Consumption

While many of the fires have been set to clear land for agribusiness, setting fires is also part of the process of extracting timber. Large areas are often burned to access trees for felling or to create access to other areas of the forest. Reducing the amount of paper and wood we use is a good way to help reduce commercial pressures on the Amazon, as well as other forests. Where it’s harder to reduce consumption, look for rainforest safe products with the help of the Rainforest Alliance.

Consider more carefully what you eat. Beef is especially destructive, as it requires huge amounts of land for grazing – space often created through the burning of forests. Cattle ranching accounts for about 80% of the forest cleared in the Amazon. An area the size of Ireland has also been cleared for growing soybean, which is then exported as cattle feed to support the beef industry around the world.

Many of us find it hard to go fully vegan, but even reducing cheese, beef and pork consumption, and throwing away less can all help to reduce the intense pressures food habits place on forests and other ecosystems.

Think about how you vote. Strongman nationalism and right-wing politics are usually bad for the planet and the environment, and the fires are no exception. Avoid politicians who support deregulation, extraction, and subsidy of fossil fuel resources, and who are more accountable to corporations than to those who have elected them.

Most of us can’t vote in Brazil, but our own politicians have shown that they are complicit in their lack of action. The US$22m in aid offered by the EU (and initially rejected by Bolsonaro) to fight the fires pales in comparison to the UK’s US$50 billion defense budget, for example. Wherever you are, vote for someone with enough ambition to stand up for protecting the planet rather than their job, or corporate interests.

7. Get Even More Political

Voting doesn’t happen too often, so we need to get political between votes. Write to or call your representative. Tell them that they must use their position to put pressure on your own and other governments to take action. The EU’s recently signed trade deal with Mercosur, an economic bloc including Brazil, has yet to be ratified, and Ireland and France are already using this to leverage action on deforestation. More could do the same.

You could also put your name to collective actions, like this petition from Greenpeace. And if you can, join a protest to show those in power that we want to safeguard the planet.

Perhaps the most important way we can really leverage our weight is by challenging corporations. Companies, not individuals, are the most destructive force on the planet. We can hit those who contribute to the Amazon’s downfall in the pockets by not buying their products – organizations like Ethical Consumer can help you make informed decisions about what to buy, and who to avoid. We can call them out on social media. We can tell our representatives that we want them properly regulated, and punished when they don’t comply.

All of the above actions are important, and though they may seem like a small drop in the ocean on an individual scale, collectively we can make a big difference. There is still time to push for change, hold power to account, and halt environmental destruction – but we must act fast.