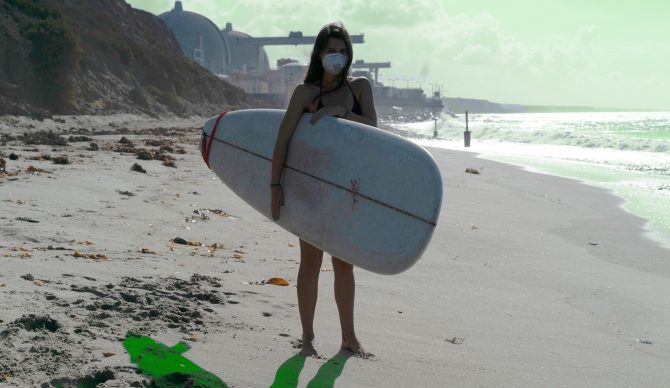 Progress takes time and patience but nothing happens when we don’t vote and participate. I know this all too well from being at the helm of the Surfrider Foundation from 1984 to 1990 and working for President Jimmy Carter from 1974 to 1980. My time given to both of those pursuits has shown me that moving 3.6 million pounds of nuclear waste from San Onofre — sitting 100 feet from the shoreline with an estimated 8.4 million people within a 50-mile radius — will not happen overnight. But for the first time in a long time, Congress is doing something about it thanks to newly elected Congress members Mike Levin (San Diego) and Harley Rouda (Orange County), who announced late last month they’re proposing a bill aimed at speeding up the removal of spent fuel at San O’s Nuclear Generating Station. Both Congressmen were endorsed by the surfing political action committee Blue Uprising. As the Chairman of Blue Uprising’s board of directors, I could not be more proud.

Elections have consequences both good and bad. For ocean lovers, those consequences can be severe. I am not sure how long it will take to move the nuclear waste to a safer place, nor do I know how much it will cost. I do know that if we hadn’t come out to vote in the last election, nothing would be happening at all. The issue of San Onofre’s nuclear plant is a perfect example of why politics do matter to surfers.

I often think about the 125 votes that Harley Rouda won by in the recent primary. Leading up to that California primary, the Blue Uprising team sent out a mailer to over 10,000 voters in Orange County. Now, I’ve always been better at surfing than math so bear with me here. Let’s say, with a conservative estimate, those mailers had a 0.6 percent effectiveness. With those numbers, 10,000 mailers increase the turnout in favor of your candidate by 600 votes. Still with me? Great. Because if that math holds up then a group of surfers not voicing their position in those primaries would have an entirely different outcome on how California’s nuclear waste dilemma is handled.

I want to make sure surfers out there know why we are having those conversations, and it’s because groups like the Surfrider Foundation work so hard to bring awareness to issues that affect us. It is also because groups like Blue Uprising are helping elect people who will make the ocean a priority. In the end, it all comes down to being engaged and showing up to vote. Surfing depends on it.

Editor’s Note: You can learn more about Blue Uprising here.