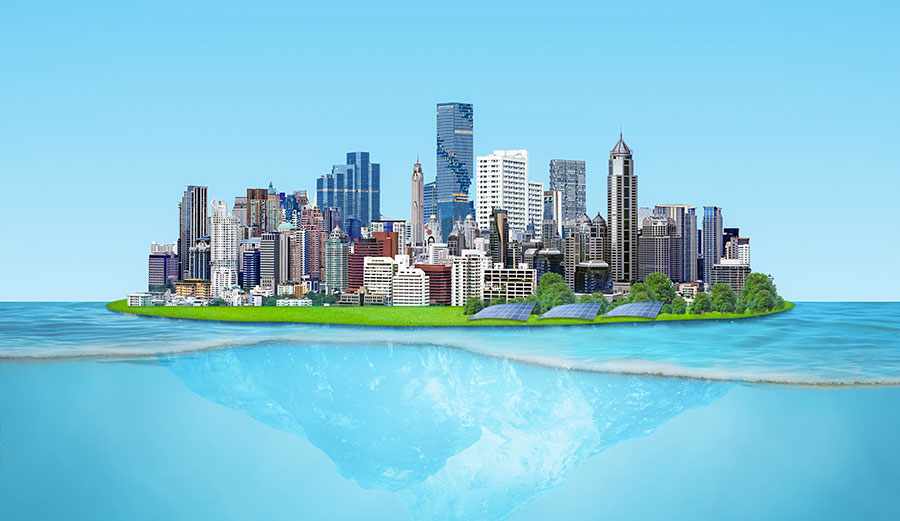 Might this be far in our future? Image: 24Novembers / shutterstock

Countries like Kiribati, a nation of low lying coral atolls in the Pacific, will likely disappear entirely. This is why Kiribati is among the countries to have explored the possibility of artificial islands replacing natural ones.

It may sound counter-intuitive, but floating architecture provides two big advantages. First, it creates “land” that moves with the waves and thus is resilient in the face of flooding. Second, it allows cities to expand their pressurized coastal urban spaces. 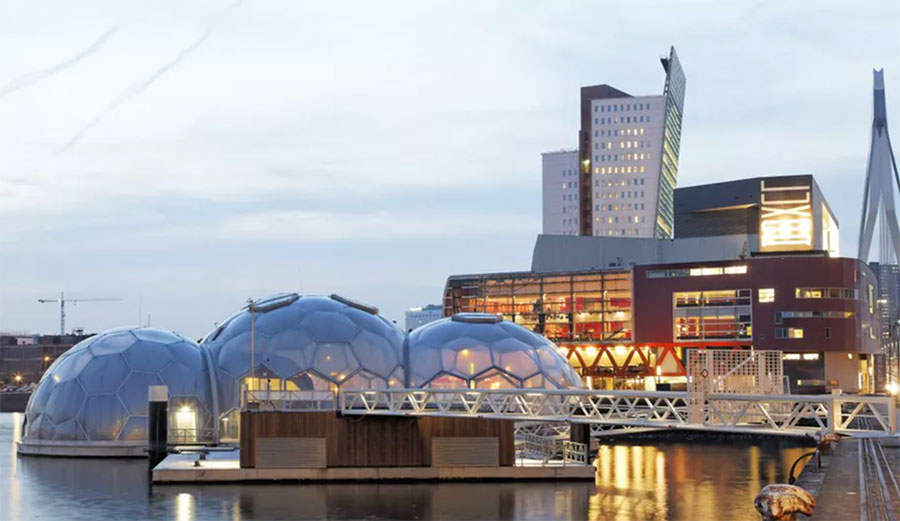 Floating islands have been popularized by The Seasteading Institute, which advocates for “seasteads” – politically autonomous human settlements in international waters. The institute was founded by the libertarian Patri Friedman and controversial Facebook investor Peter Thiel. Consequently, some scholars have criticized floating islands as the playthings of Silicon Valley billionaires trying to escape taxes.

But perhaps there is another side to offshore housing. As I have looked at in my PhD, floating architecture can also be a green and sustainable technology to help adapt to climate change.

No wonder the Global Center on Adaptation, a new international organization focused on adaptation to climate change, has plans for a floating office space in Rotterdam. Another example is the Floating Island Project in French Polynesia, the focus of my research over the past three years. It was intended to be a village with special regulations floating in a lagoon, however the project lost government support after protests during the Polynesian presidential elections of 2018.

There are good reasons to be cautious about the idea that floating architecture can help communities adapt to sea level rise. The first high-tech iterations may indeed be too costly and complicated for many areas affected by sea level rise, but the growth in solar and floating home technologies point to prices reducing with time.

Amphibious architecture vs reclaimed land
One of the key advantages of floating architecture is its sustainability compared to land reclamation, which can displace natural sediments and harm the marine ecosystem, since it usually means dumping sand on the seabed, annihilating corals and plankton at the bottom of the food chain. 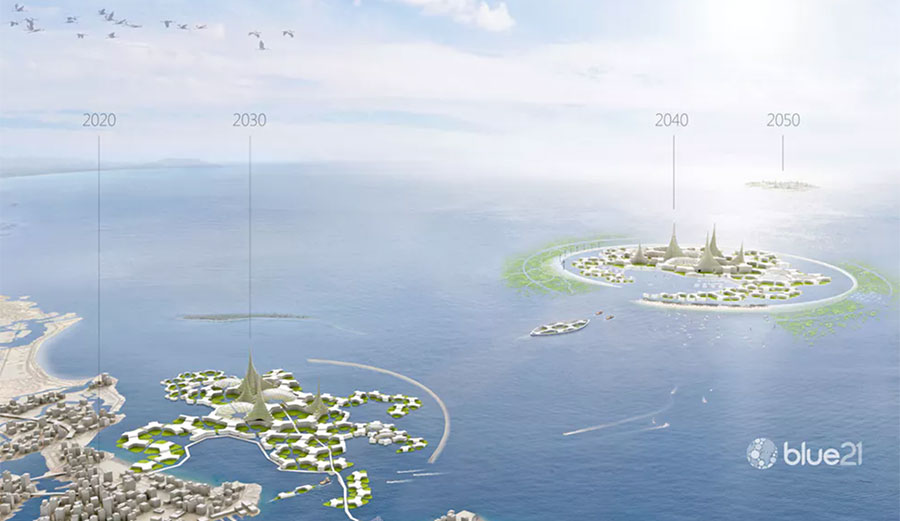 In contrast, floating buildings can create artificial reefs, providing food and shelter for marine life. Reclaimed lands are also more vulnerable to earthquakes – a prime example is Mexico City, which was built over a lake.

How it works
People have been living on human-made islands for hundreds of years. Examples include Nueva Venecia in Colombia⁠, the Uros in Lake Titikaka, Peru, or the nomads of Bajau Laut in Malaysia. 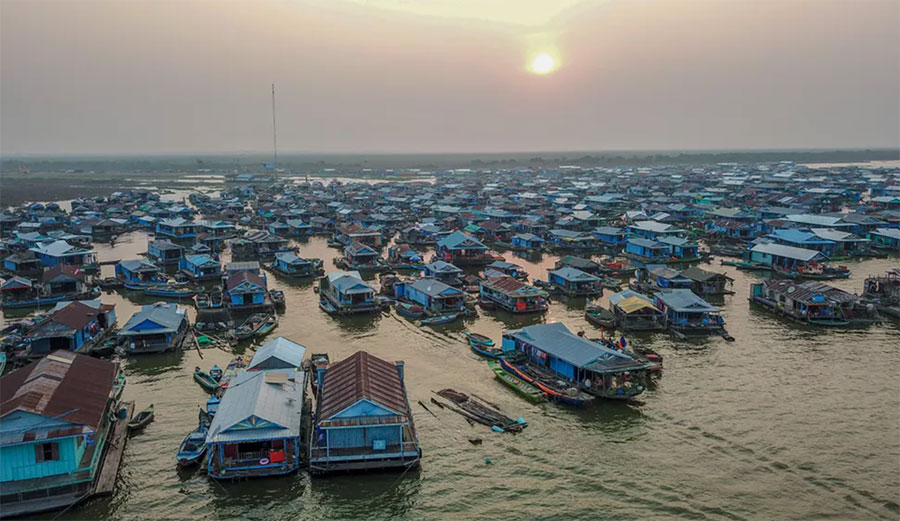 Future floating cities are particularly intriguing because they represent an infrastructural blank slate. In theory, they do not need to connect to land infrastructure and can operate self-sufficiently, in a closed loop with their own solar panels and desalination plants.

Floating buildings will be of two types: some are semi-submersible, and have foundations on the sea bed, like oil rigs. Others are pontoons, such as the floating homes in Ijburg, Amsterdam, Amsterdam which fully float on the water surface and are kept stable by mooring systems.

Very large floating structures can typically withstand rough seas better than boats, making them more comfortable for longer periods. The preferred material for building the floating platforms is concrete. Shaped in the right way, it can keep afloat. For buildings, materials are up to individual taste and affordability.

So I have no doubt that floating cities are possible and will become a reality at some point this century. The biggest challenges will be legal and political – not technological.

In my research, I have explored property ownership in floating cities. Legal frameworks are crucial because floating cities mean private buildings over oceans, which are transboundary commons. Will homeowners own the plot of water too? Will they instead own their homes, but claim temporary ownership of the space, as in trailer parks? And, if buildings are public, should we grant oceans legal personhood to ensure higher environmental protection?

There is no final answer to these questions, as each city will be unique and complex in its own way, and offshore living is only just starting.