Thousands of Seals Washed Up Dead In Russia’s Caspian Sea 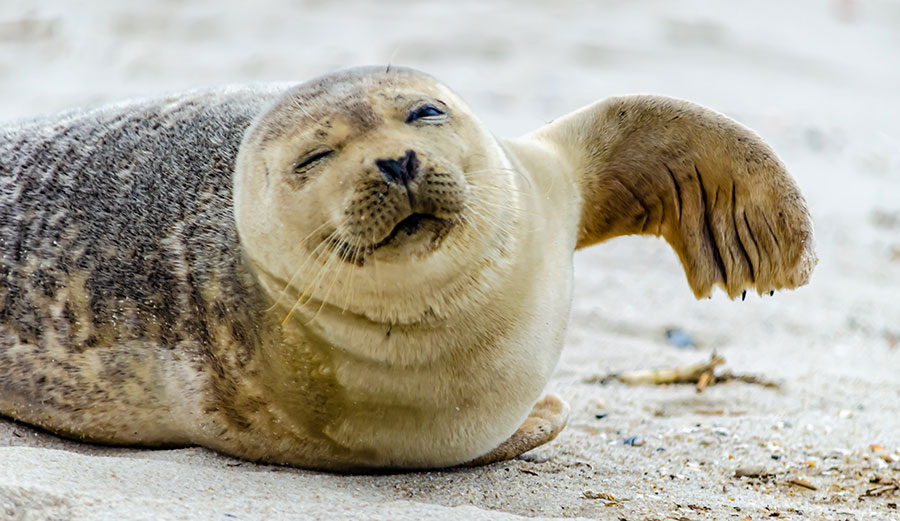 Around 2,500 seals have washed up dead in the Caspian Sea. This isn’t one of them. Photo: Steve Adams//Unsplash

Over the last few weeks, thousands of dead seals washed up on the coast of Russia’s Caspian Sea. Somewhere in the neighborhood of 2,500 of them, and the cause of death was a bit of a mystery. Now, though, Russian officials are saying that the seals died from natural causes.

“Svetlana Radionova of the The Federal Service for Supervision of Natural Resources agency Rosprirodnadzor is reported to have said that the most likely explanation is hypoxia,” wrote IFLScience, “adding that scientists are investigating whether low oxygen levels could have been caused by natural gas emissions in the Caspian Sea.”

Caspian seals are the only mammals found in all of the Caspian Sea, and they’re classified by the International Union for Conservation of Nature (IUCN) as endangered.

According to reports, there are no indications that the seals have been caught up in fishing nets or otherwise harmed. The seal population in the Caspian Sea, once flourishing, has been drastically falling over the last hundred or so years.

With five nations on its shores and a span of nearly 5,000 miles, the Caspian Sea is often called the world’s largest lake. A century ago, according to the Caspian Environmental Protection Center, there were around a million seals in it, but now the population has dwindled to about 70,000. The decrease is thought to be caused by industrial pollution and hunting, although the Federal Fisheries Agency, which collected the samples from the seals, says it hasn’t found any pollution yet.