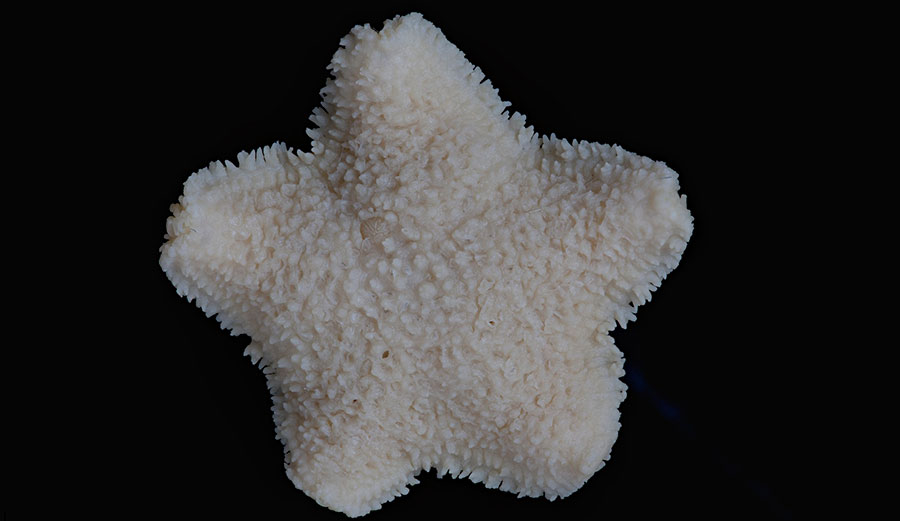 The Derwent River Sea Star was only documented for 25 years before its extinction. Image: Blair Patulo, Museums Victoria, CC BY-NC

We see the surface of the sea: the rock pools, the waves, the horizon. But there is so much more going on underneath, hidden from view.

The sea’s surface conceals human impact as well. Today, I am writing a eulogy to the Derwent River Seastar (or starfish), that formerly inhabited the shores near the Tasman Bridge in Hobart, Tasmania. It is Australia’s first documented marine animal extinction and one of the few recorded anywhere in the world.

Scientists only knew the Derwent River Seastar for about 25 years. It was first described in 1969 by Alan Dartnall, a former curator of the Tasmanian Museum and Art Gallery. It was found on and off until the early 1990s but scientists noted a decline in numbers. Targeted surveys in 1993 and 2010 failed to find a single individual.

It was listed as critically endangered by the Tasmanian and Australian governments. But now, like a long-lost missing person, it is time to call it: the Derwent River Seastar appears extinct.

It is actually quite hard to document the extinction of marine animals. There is always hope that it will turn up in some unusual spot, somewhere in that hidden world. Australia has an ambitious plan to create high-resolution maps of 50% of our marine environment by 2025. This is a formidable task, but it is a reflection of our lack of knowledge about the oceans that, 20 years after the launch of Google Maps and despite an enormous effort in the interim, much of Australia’s seafloor in 2025 will be still largely known from the occasional 19th-century depth sounding, or imprecise gravity measurements from satellites.

We do notice when big animals go. There used to be a gigantic dugong-like creature called Steller’s Sea Cow, which lived in the North Pacific Ocean until it was hunted to oblivion by 1768. There is no mistaking that loss. 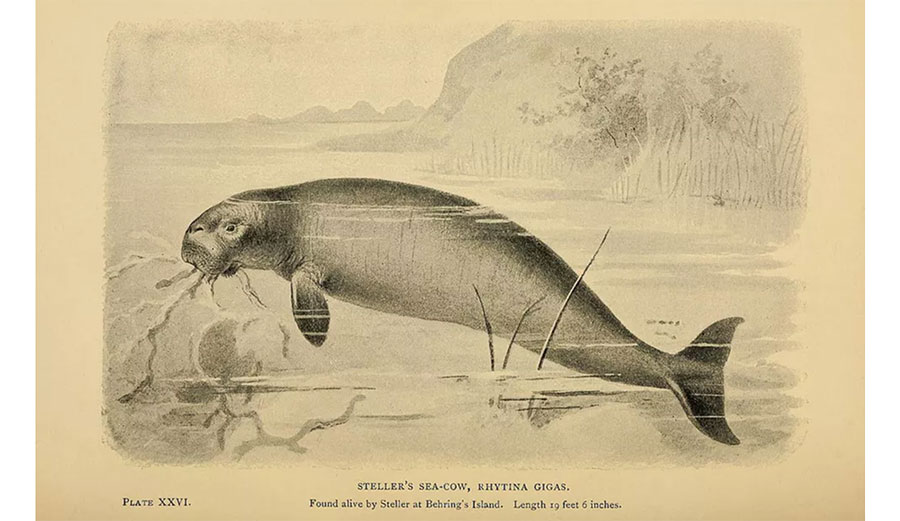 Steller’s Sea Cow, which grew up to 10 meters long and weighed between five and ten tonnes, was hunted to extinction in 1768. Image: Paul K/Flickr, CC BY

The vast majority of the estimated 1 million to 2 million marine animals are invertebrates, animals without backbones such as shells, crabs, corals, and sea stars. We just don’t monitor those enough to observe their decline.
We noticed the Derwent River Seastar because it was only found at a few sites near a major city. Its story is intertwined with the usual developments that happen near many large ports. The Derwent River became silty and was at times heavily polluted by industrial and residential waste. The construction of the Tasman Bridge in the early 1960s cannot have helped.

From the 1920s a series of marine pests were accidentally introduced by live oysters imported from New Zealand, or by hitching a ride on ships. Some of these pests are now abundant in southeast Tasmanian waters and eat or compete with local species.

The Derwent River Seastar has been a bit of an enigma. From the start, it was mistakenly classified as belonging to a group of sea stars (poranids) otherwise known from deep or polar habitats. Some people wondered whether it was an introduced species as well, one that couldn’t cope with the Derwent environment.

However, we used a CT scanner at the School of Earth Sciences, University of Melbourne, to look at the internal skeleton of one of the few museum specimens. Sure enough, it has internal struts to strengthen the body, which are characteristic of a different group of sea stars (asterinids) that have adapted to coastal environments and are sometimes restricted to very small areas.

Is this sea star like a canary in a coal mine, a warning of a wave of marine extinctions? Sea levels are rising with global warming, and that is going to be a big problem for life adapted to living along the shoreline. Mangroves, salt marsh, seagrass beds, mud flats, beaches, and rock platforms only form at specific water depths. They are going to need to follow rising sea levels and reform higher up the shoreline.

Coastal life can take hundreds to thousands of years to adjust to these sorts of changes. But in many places, we don’t have a natural environment anymore. Humans will increasingly protect coastal property by building seawalls and other infrastructure, especially around towns and bays. This will mean far less space for marine animals and plants.

We need to start planning new places for our shore life to go – areas they can migrate to with rising sea levels. Otherwise, the Derwent River Seastar won’t be the last human-induced extinction from these environments.