Following New Zealand’s 3 Major Earthquakes, Questions Remain About How They Might Be Linked 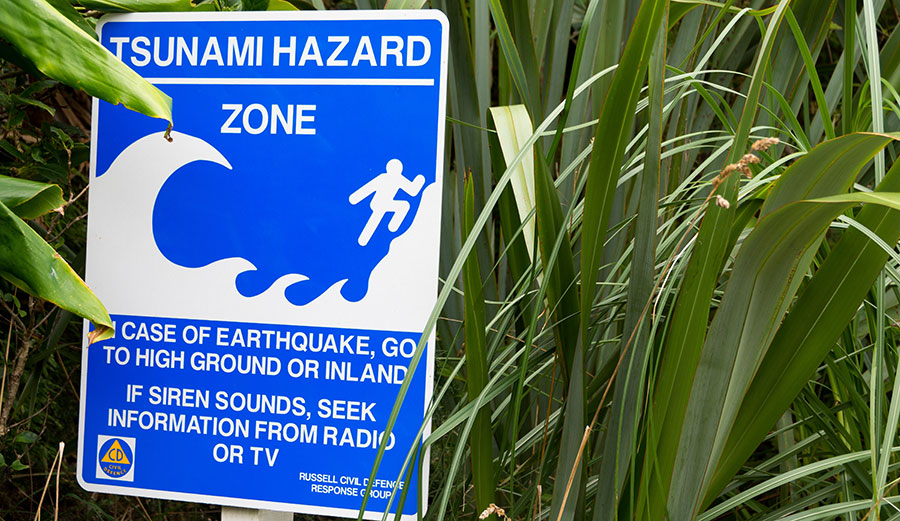 All three earthquakes happened along the Tonga Kermadec subduction zone, where the Pacific tectonic plate dives under and then sinks beneath the Australian plate. Photo: Martin Gruenzweig/Oneworld Picture/Universal Images Group via Getty Images

A sequence of three major offshore earthquakes, including a magnitude 8.1 quake near the Kermadec Islands, triggered tsunami warnings and evacuations along the east coast of New Zealand on March 4th. By early afternoon, the National Emergency Management Agency (NEMA) lifted the evacuation order but stressed that people should stay off beaches and the shore.

All three earthquakes happened along the Tonga Kermadec subduction zone, where the Pacific tectonic plate dives under and then sinks beneath the Australian plate. This subduction zone is the longest and deepest such system on Earth. It spans from just north of the East Cape, some 2600km to the north-east in an almost straight line to south of Samoa. One of the questions seismologists around the world are now trying to answer is whether the three quakes were linked and the earlier ruptures triggered the magnitude 8.1 quake.

The Tonga Kermadec subduction zone terminates north-east of the East Cape, where it then becomes the Hikurangi subduction zone. The first 7.3 magnitude rupture struck at 2:27 a.m., 174km off the east coast, where the Hikurangi and Tonga Kermadec systems merge. The US Geological Survey recorded this event at a depth of 21km, not 95km deep as the first reports in New Zealand suggested. This quake had an unusual mechanism — an element of sideways movement known as strike-slip. 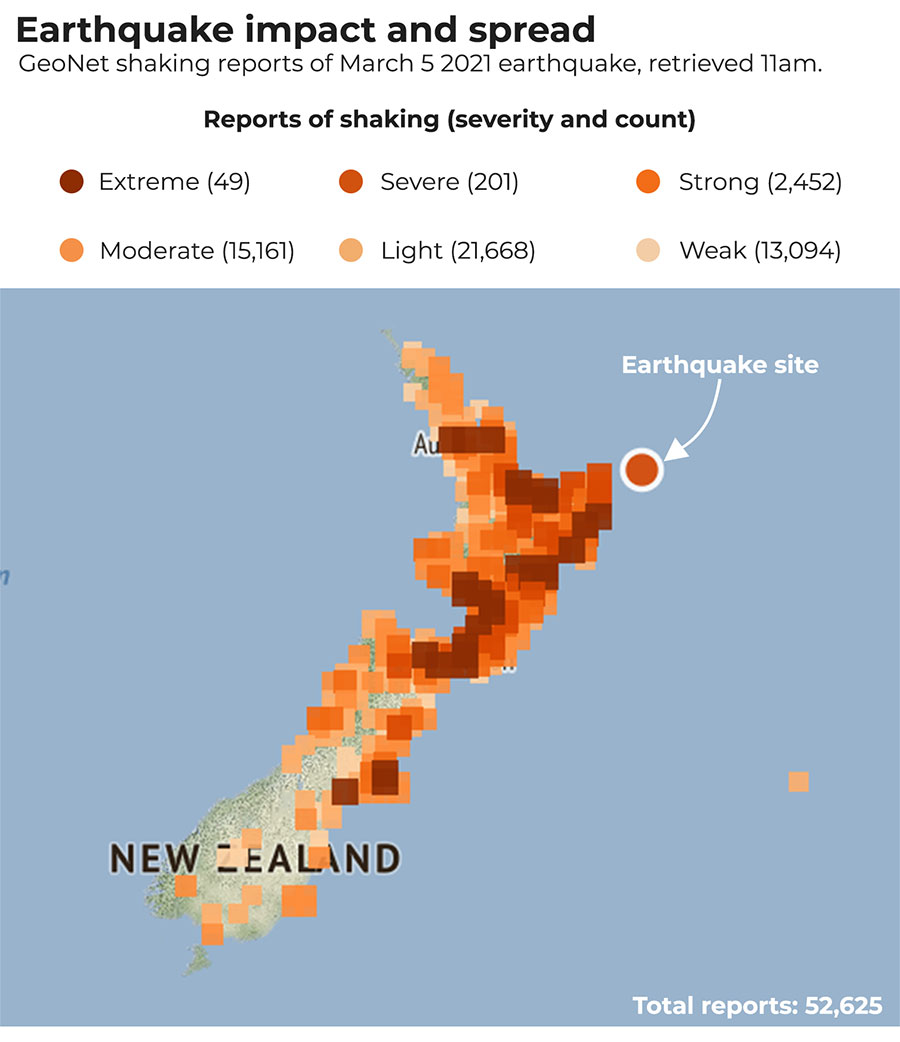 The other two quakes were about 900km north, but just west of the Tonga-Kermadec trench and at depths of about 56km (for the 6:40 a.m. magnitude 7.4 event) and 20km (for the magnitude 8.1 quake at 8:28 a.m.). These later events had thrust, or compressive, mechanisms, in which one body of rock compresses against another, sliding up and over it during the earthquake. This is what we might expect in a subduction zone where one tectonic plate is sliding under another and creating a collision, which in turn gives rise to compression.

As the Pacific plate starts to slide under the Australian plate, it starts off at a shallow angle and then turns along a curved trajectory to finally fall away at a very steep (60 degrees) angle. But when it’s at a shallow level, it is only dipping at say 10-20 degrees and creates a lot of friction with the overlying (Australian) plate. This is typically where these large earthquakes occur.

Magnitude 8 quakes in these subduction zone settings are not unusual. Indeed, quakes up to magnitude 9 can occur, such as Japan’s 2011 Tōhoku earthquake, the undersea earthquake off Sumatra that set off the 2004 Indian Ocean tsunami, and quakes in Alaska in 1964 and in Chile in 1960.

What is curious about this sequence offshore from New Zealand is whether or how the ruptures relate to each other. Certainly, the first of the two later quakes, located within tens of kilometers of each other, can be regarded as a foreshock, followed by the main magnitude 8.1 shock. But was the earliest 2:27 a.m. earthquake north of East Cape related?

Generally, seismologists regard a 1000km distance as too far for even a magnitude 7.4 rupture to disturb the ground enough to trigger another. But increasingly there are arguments that the Earth is critically stressed in plate boundary settings to such a level that just a small nudge can set off another event.

After the 2004 Sumatran quake, scientists made a good argument that it triggered further quakes an hour later, some 11,000km away in Alaska. But in this case, they were smaller events following a large triggering quake.

It’s also interesting that large earthquakes have happened off the Kermadec Islands in the past. In 1976, a magnitude 7.7 event was followed 51 minutes later by a magnitude 8 event. This mirrors what we saw today. Both events in 1976 were thought to be thrust earthquakes like the shocks on March 4. Then in 1986, at a depth of 45km, a magnitude 7.7 event displayed both thrust and sideways strike-slip motion. The interpretation of this event was that it was not a plate interface event, but had happened within the subducted and bending Pacific plate.

This could explain the second earthquake in New Zealand, as its depth of 56km seems to place it within the Pacific plate. We will need to wait until the final depths and mechanisms are resolved.