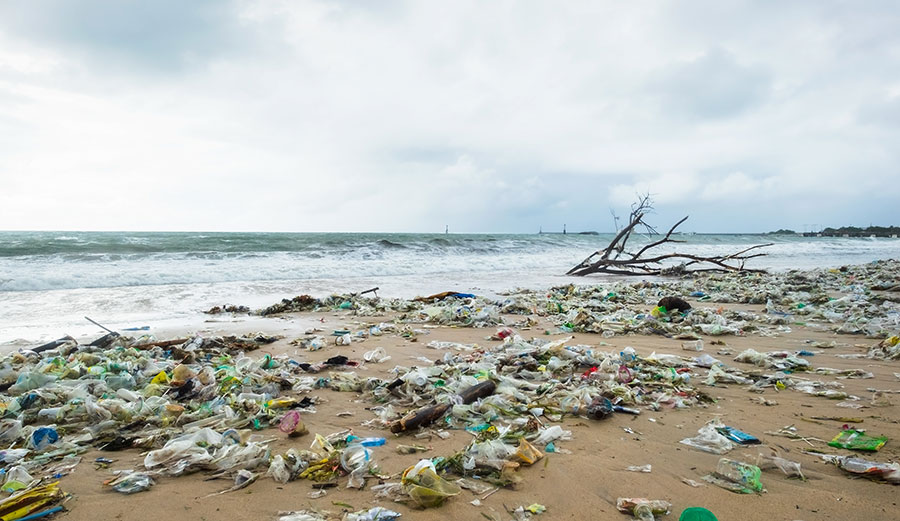 Indonesia announced a ‘war against marine plastic debris’ in 2016 as a recent study dubbed the country as the second largest waste producer in the world. Photo: Shutterstock

Indonesia’s oceans, some of the richest in marine biodiversity, are becoming rubbish bins, altering underwater ecosystems.

Based on research led by Jenna Jambeck of the University of Georgia, Indonesia is the world’s second-largest ocean plastic polluter. Yet, we know little about how plastic waste impacts marine life in Indonesia’s waters.

I am part of the Marine Research Laboratory (MEAL), a research collaboration between Padjadjaran University in Bandung, Indonesia’s Ministry of Marine and Fisheries Affairs, University of Raja Ali Haji Maritime of Riau Islands province and Mantawatch International.

We carried out a systematic review of research on marine plastic debris published in the Marine Pollution Journal. We found that there’s a lack of research about this important issue, especially in eastern Indonesia.

Why We Need Research on the Impact of Marine Debris

Studying the impact of marine debris on the marine ecosystems in Indonesia’s waters is vital to provide evidence to businesses and governments about the urgency of keeping oceans free from plastic waste and debris.

Currently, businesses still sell everyday items, from shampoo and soaps to beverages, in small plastic packages. Meanwhile, the government has yet been able to effectively manage waste on land to ensure they’re not thrown in waterways, ending up in the ocean.

Additionally, most people are not aware of the potential health risks of marine plastic debris to human health. Plastic waste that ends up in the ocean can end up on our plates if we prepare seafood contaminated by plastic debris. This happens because most sea creatures are actually color blind and can’t tell between waste and food.

Various studies in the world reveal that consuming plastic contained in food and drinks have potential health risks.

The Status of Indonesia’s Marine Research

We mapped out marine plastic debris research from around the world and found a significant increase in the last 40 years. There was only one study on marine debris in 1978. In 2018, some 579 papers were published.

The surge of research occurred after the UN Conference on Sustainable Development, held in Brazil in 2012, concluded that marine plastics is a major issue on ocean health.

We found that no more than 50 marine debris articles, specifically plastic debris, were published in Indonesia since 1986.

The topics of marine debris research are very specific. For example, the research that we found studied the chemical reactions of marine plastic debris, its impact on the ecosystem, its distribution, and beach clean-ups. The studies are still inadequate to be used as a basis for government policy.

We Need More Research About Waters In Eastern Indonesia

The studies on marine plastic debris in Indonesia have focused primarily on the western part of the country, concentrated on the densely populated islands of Java and Bali.

Around 80 percent of the research was carried out in coastal areas about its ecosystem, while 20% studied the water column. Most of them focused on environmental sciences and natural resources management.

Only a few studies were related to health, socioeconomic, engineering or policy. It was especially difficult to find research studying the effect of plastic debris on humans. We found some research papers on plastic debris in the stomach and tissue of fish.

For the eastern part of Indonesia, we only found five publications that discuss the condition of marine debris and two of them were published about two decades ago.

There have not been any publications that comprehensively discuss microplastics accumulation in marine organisms. To do this kind of research will require a special laboratory to study nano-debris.

Marine debris research is still a developing field in Indonesia. At Padjajaran University, we regularly collect debris on many beaches to prevent a lack of data for the research.

If we have good data, all of this research could be a foundation for national or regional policy to reduce the plastic debris.