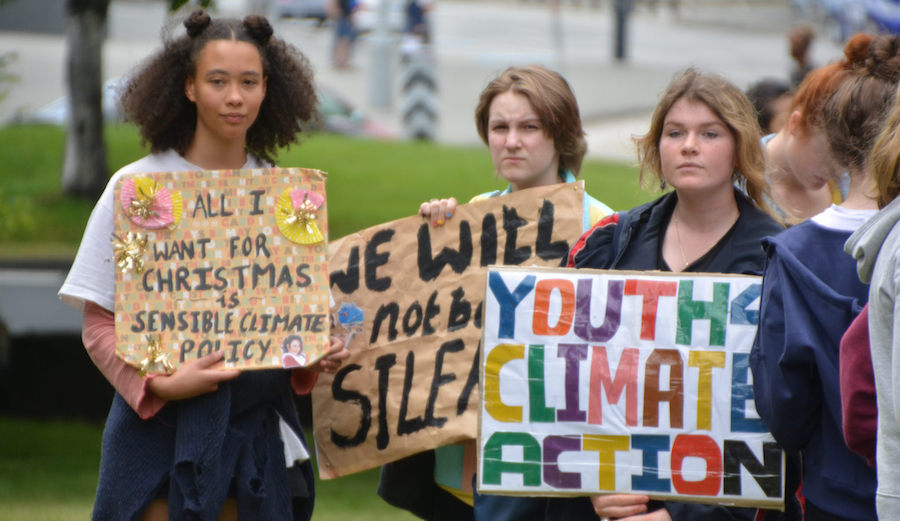 Across the globe, student protests are planned in nearly 100 countries aimed to spur action on climate change. Photo: Laura Campbell/Flickr

“We have not come here to beg world leaders to care… We have come here to let you know that change is coming, whether you like it or not.” Those were the chilling words of 15-year-old Swedish climate change activist Greta Thunberg at the 2018 United Nations Climate Change Conference in Katowice, Poland in December of last year.

In late 2018, Thunberg made a name for herself in Sweden when she famously began skipping school every Friday to protest her government’s inaction on climate change in front of the Swedish parliament. Her Fridays for Future strikes have since inspired countless students across the world and today, Friday, March 15th, students from India to Europe to the United States are ditching school in an effort to urge their respective governments to act on climate change.

Max Presigiacomo, 17, is one of the organizers behind a protest in Madison, Wisconsin. He told NBC News that students want action because, ultimately, they’re poised to inherit the effects of climate change – including rising sea levels and more severe weather patterns – if nations fail to curb carbon emissions. “The political climate in the States right now is doing nothing,” he said. “They’re bargaining with our future.”

A map shows protests planned for nearly 100 countries. And The Guardian’s live blog of the global movement shows seas of kids from New York to Manila taking to the streets in protest.

It’s been nearly two years since President Donald Trump withdrew the United States from the Paris Climate Accord, much to the chagrin of many U.S. climate change activists.

In the day following, professional snowboarder Jeremy Jones penned a poignant letter to the president that feels especially prescient today. It reads, in part, “I don’t know how you do it. How do you look the kids of our country in the eyes and tell them that you put short-term profits ahead of long-term solutions?”

But, the United States isn’t alone in its recent environmental rollbacks. Protests against proposed oil drilling in the Great Australian Bight that mirror the recent opening of U.S. coastal waters to oil exploration are just one example.

If there’s one lesson to be learned from the global Fridays for Future walkout, though, that should be particularly heartening to Jeremy Jones and adult climate activists everywhere it’s this: kids aren’t dumb. Between Greta Thunberg (who was recently nominated for a Nobel Peace Prize) to the group of kids suing the U.S. government over climate change, the youth of today aren’t just paying attention. They’re taking on climate inaction head on. Proof that they won’t stand idly by when it comes to short-term motivations poisoning the well for their future.