Meet the Couple Who Lives to Sail and Surf 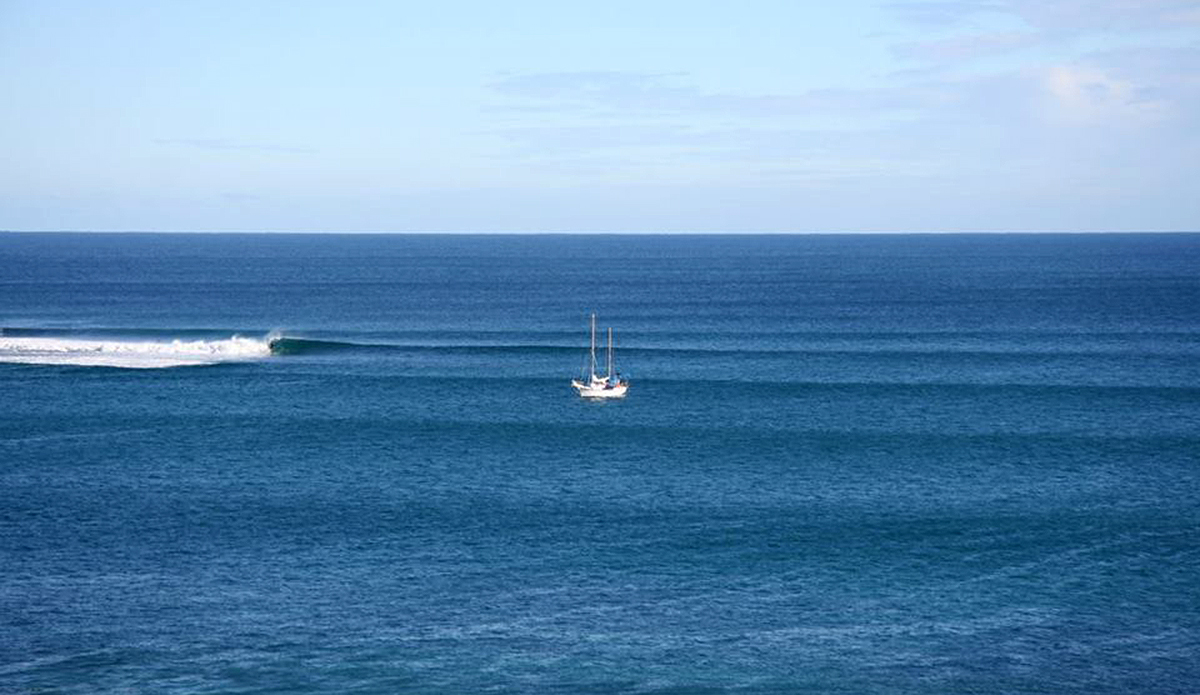 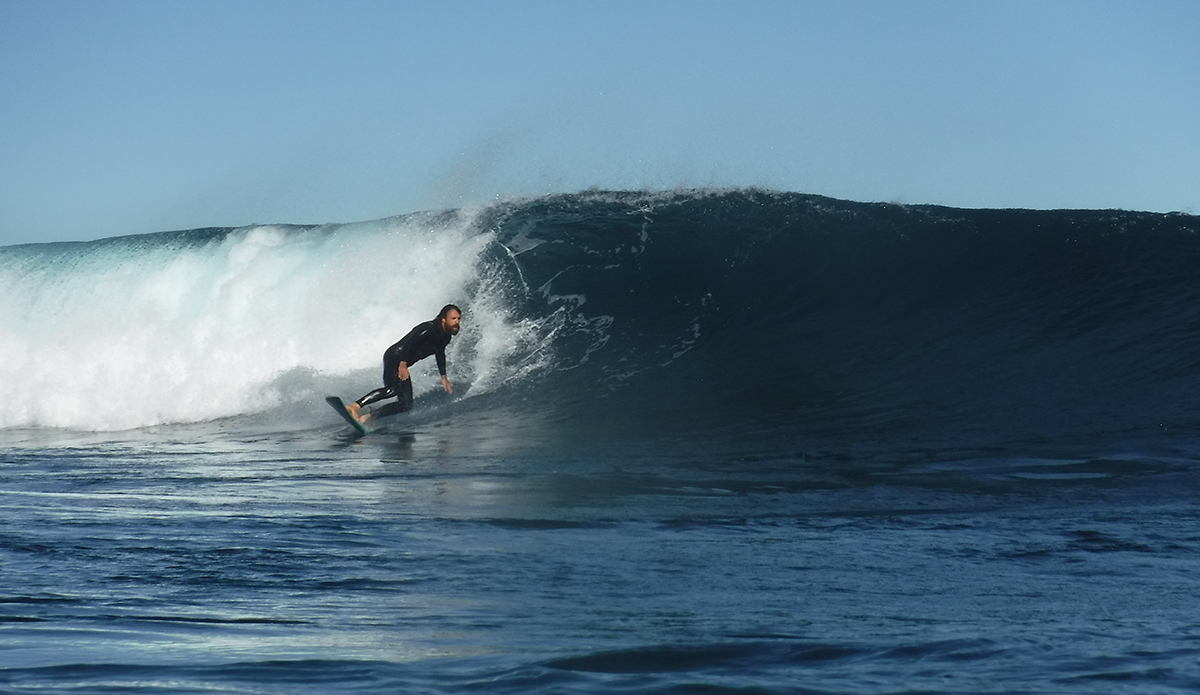 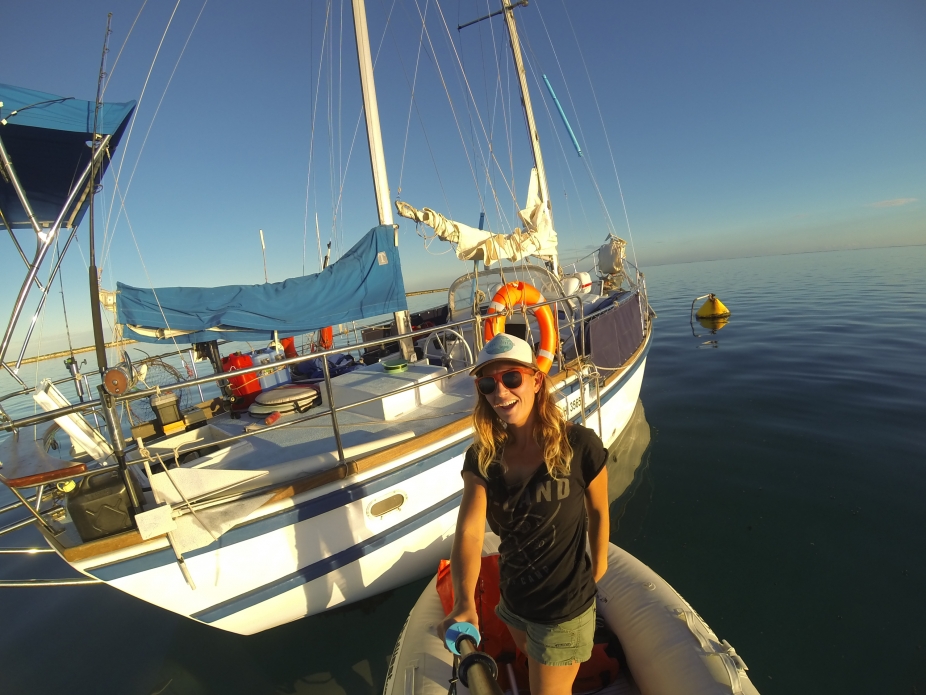 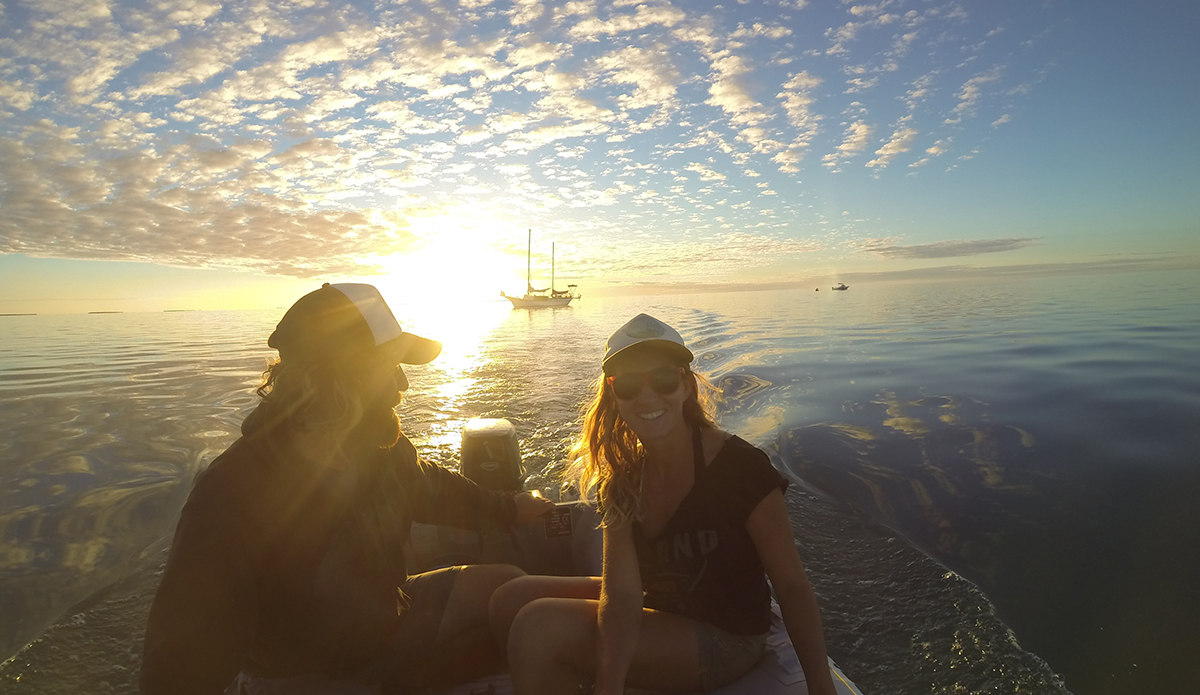 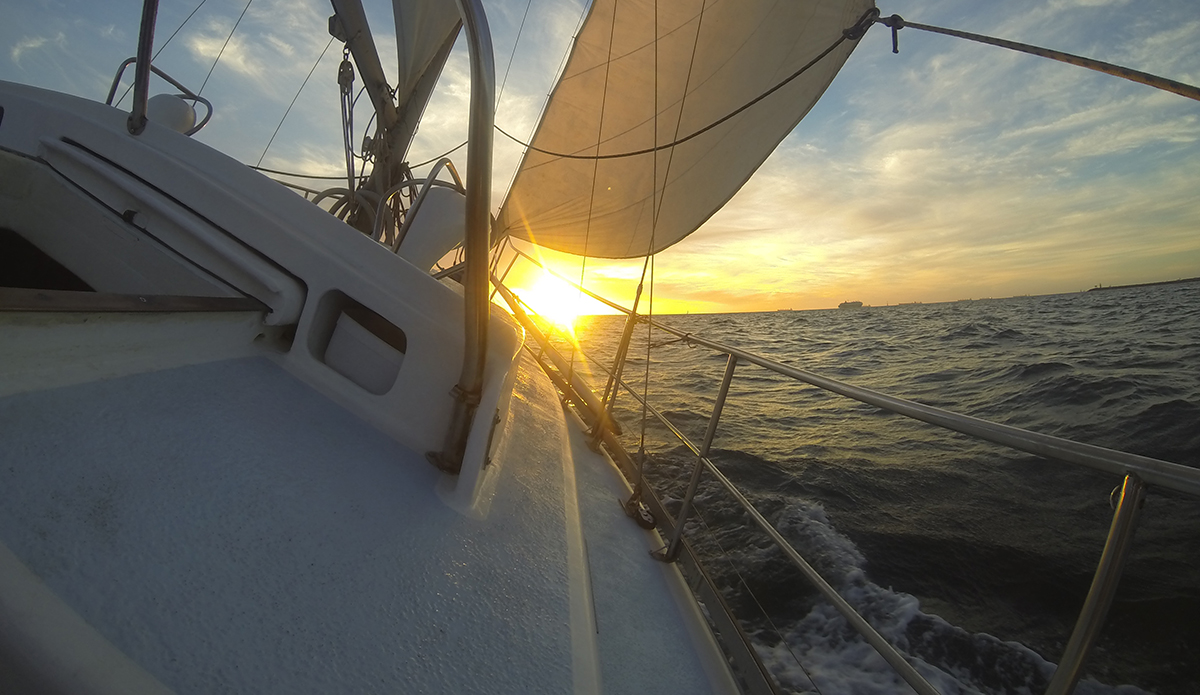 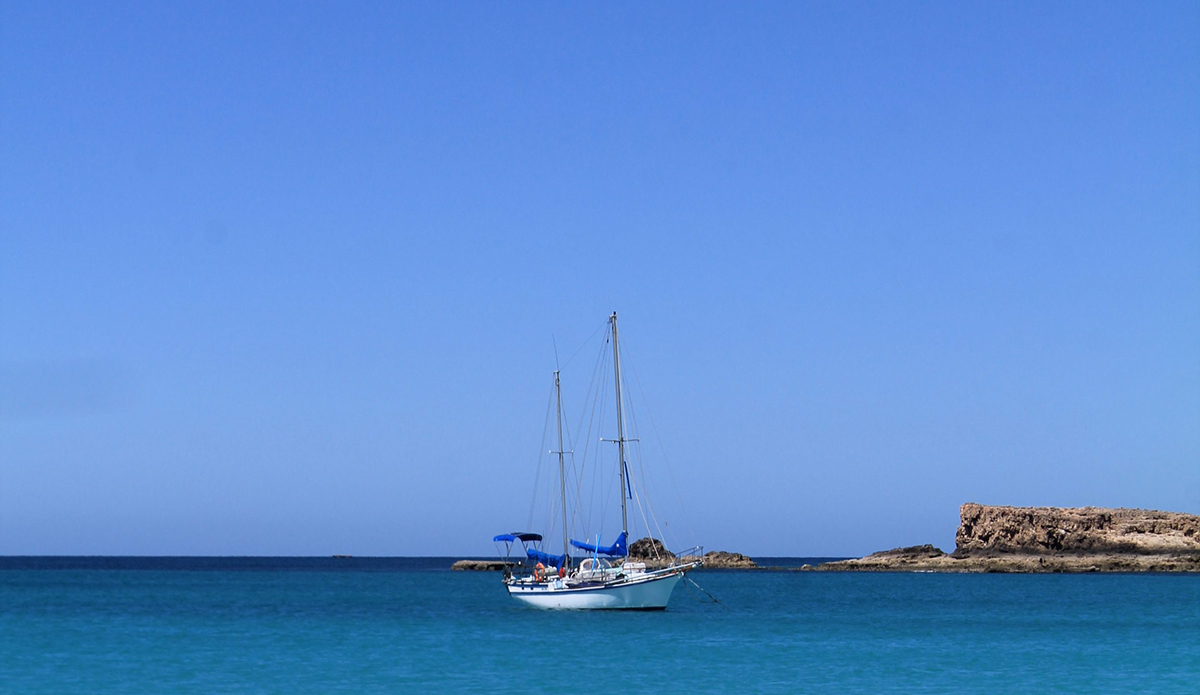 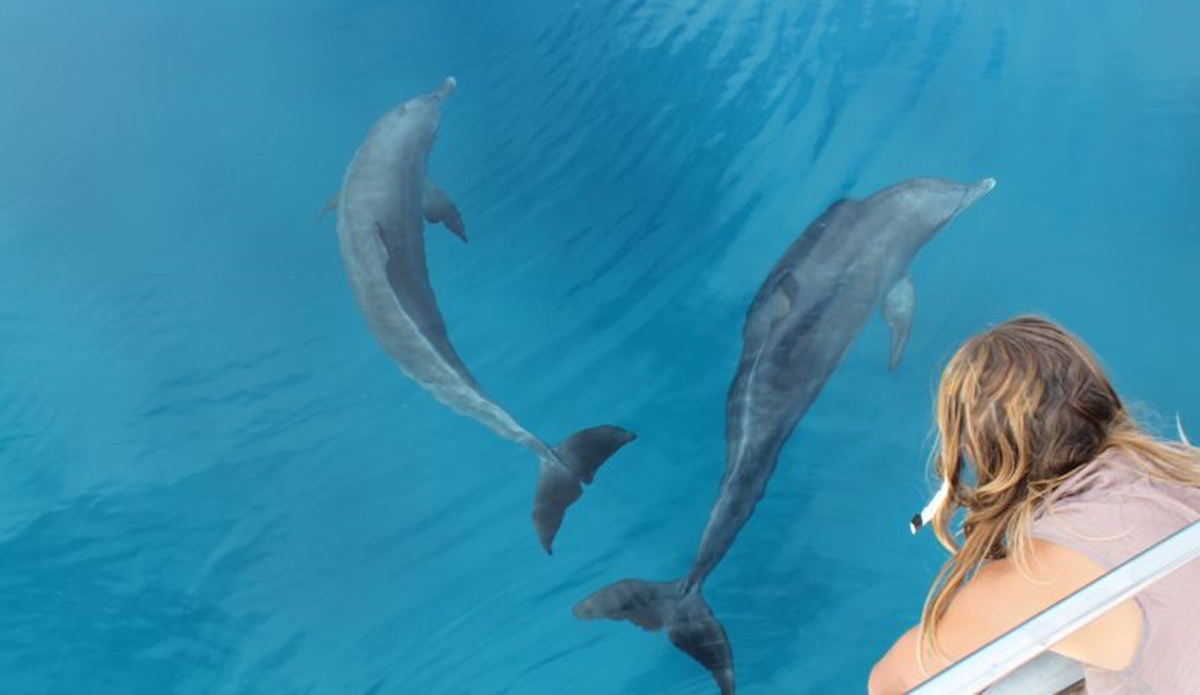 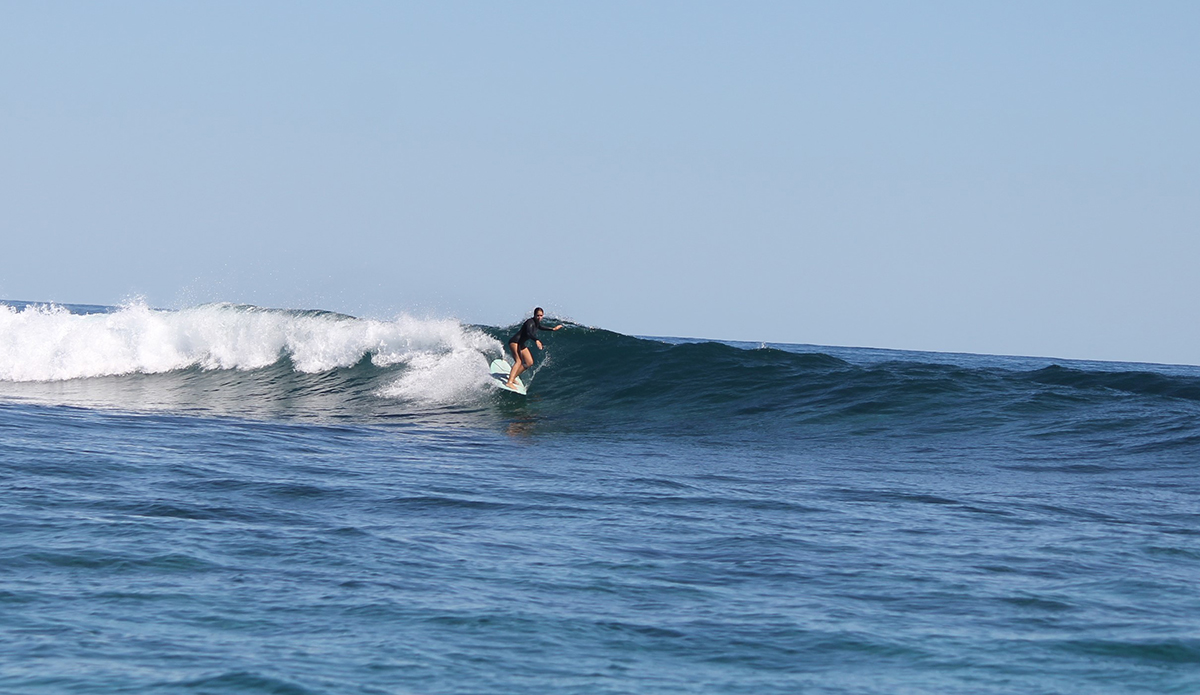 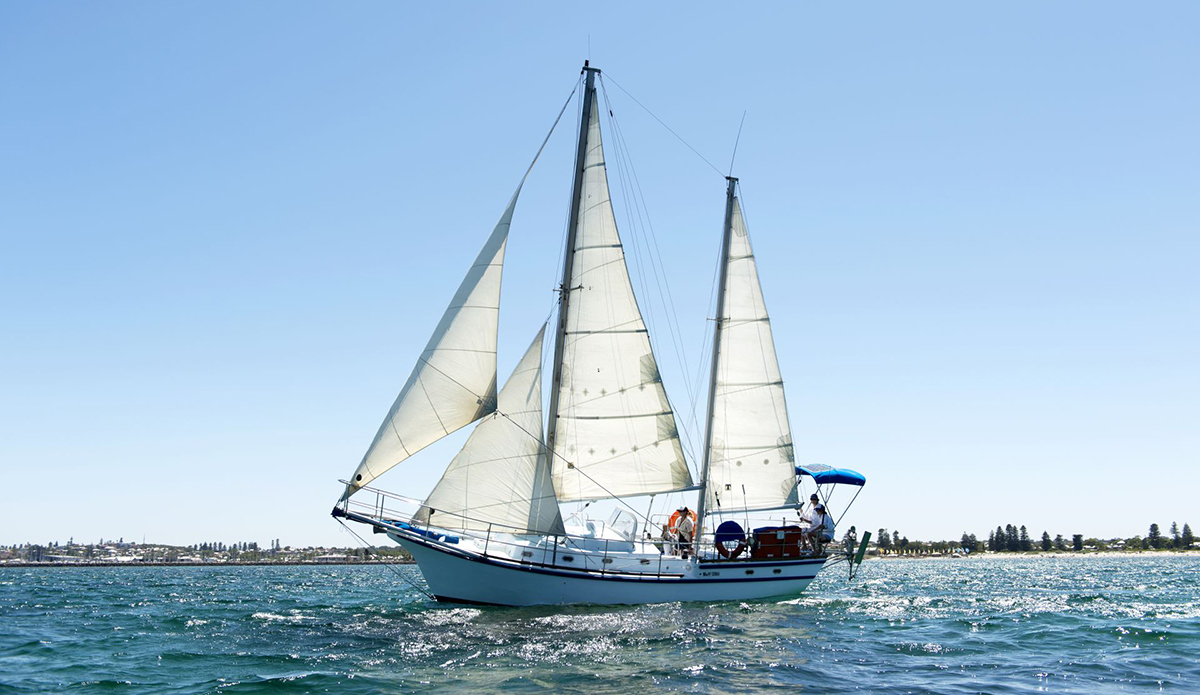 It is not unusual to see surfers lead lives outside of the norms of society.  The sport’s popularity is rooted in not being fond of rules—a life designed for those doing what they love.  In following tradition, Base Jones and Jamie Van Jones out of Western Australia, have put aside mortgages and steady jobs to live on a sailboat and seek the next empty wave. They are sailing off the western coast of Australia and into Indonesia and commendably doing good for the environment along the way. They are currently off the west coast of Australia and are taking their time due to the conditions.

Base is from Western Australia. He was an exploration geologist in Canada and the Australian outback and then a hydrogeologist, studying water from the ground. Before being a captain on his own boat he crewed for other charter operations. He introduced Jamie to the world of sailing.

Jamie is originally from Canada. She studied science and sustainable development, which led her into environmental work in Tanzania. When she moved to Perth, she decided to become an eco-entrepreneur in order to follow the sailing dream. She founded the freogreenguide, a not for profit sustainability guide for Fremantle, Australia and The Green Scene, a sustainability consultancy which specializes in practical sustainable changes within businesses, events, and in communities.

Intrigued by their adventure and “citizen science projects” along the way, Jamie answered a few questions.

The two met, fittingly, at a “Creatures of the Sea” themed New Year’s Eve party. “Base arrived as a sea sponge with dish sponges ducked-taped all over himself,” she recalls. “The sponges got my attention, but it was when he started pointing out each constellation in the night sky that got me wondering who he was. I had to chase him up a week later and ask him on a date.” Their first year of dating was spent on Base’s 24-foot sailboat sailing to the offshore islands. During that time Jamie would hear all about Base’s time spent sailing the Mediterranean Sea and the Pacific Ocean. “The dream to go sailing together was planted then and eight years on we’ve made the dream come true.”

A year and a half ago the couple moved onto the 36-foot boat they bought named “Charade aka Lady C.”  “She (Lady C) is on the smaller side and she only has a small 20 horse power engine. We have been sailing in up to 5 meter swells and it has pushed the boundaries of my comfort level,” says Jamie. “Charade has a short keel that is 1.4 meter. This means that she rolls a fair bit in big seas, which isn’t the most comfortable. On the plus side the shallow draft gives us the ability to get in behind reefs to protect us from big seas and to anchor next to surf breaks where bigger vessels wouldn’t be able to.”

They spent a lot of time getting the boat ready, but have kept the focus on safety and bringing on board only the essentials. They use solar panels for power and carry their own water.

It was a good thing that they spent some time on safety as the Western Australian coastline alone is 12,889 km (8,008 miles) and open to big storms and swells brewing in the Southern Ocean. Jamie says, “We have had to hide about three or four times from big storms coming through. We would watch the forecast and if it looked like a storm was coming we would try to find most protected anchorage. There have been times during storms where I ask myself ‘Why the hell am I doing this?’ when, for three days it feels like you are living in a washing machine. I take comfort in knowing that Base is really cautious and careful about our safety at sea and has so much sailing experience.”

With so much time on and in the sea, they’ve inevitably discovered a bit of company at times. “We have seen hundreds of humpback whales migrating both north and then back south to Antartica. The whales are a joy to watch, so inquisitive and playful.  We have had pods of dolphins surfing the bow of our boat.  We’ve seen manta rays, sea lions, turtles, sharks (of various sizes and scariness) and even swam with a whale shark.”

Out of a shared respect and love for the ocean they decided to add purpose to their journey by contributing to research for the benefit of protecting  and conserving our oceans.

“We have been doing marine debris and micro plastic surveys at all of the beaches that we stop at. We expected to find lots of marine debris, because we had seen so much around the harbor where we kept our boat and so much reported in the media. On our trip, when we anchored near towns, we found quite a bit of plastic and rubbish on the beaches. As we sailed to more remote places, we didn’t find much debris at all.  Some beaches were without any plastic. We did locate a couple hotspots that are collection zones for plastics and debris. This was due to the tides and currents and the direction the beaches are facing. From this we can focus on beach clean ups in the future.”

“Next year we hope to do more in water surveys with a micro plastics trawl net behind our boat as we sail up the coast. By sampling the water, we can see if marine mammals along this coast are ingesting plastics instead of the plankton and krill that they need.”

“Also we have been measuring phytoplankton density with a secchi disk (circular disk 30 cm in diameter used to measure water transparency) and adding it to a global database for scientists.” Jamie mentions that the reason phytoplankton is so important is that it absorbs CO2 from our atmosphere and we can thank it for every third breath humans take.

In keeping true to their conservation efforts, Base and Jamie pack food items that cut down on waste. “We set our boat up to be free of single use plastics and low waste. Instead of filling our boat with canned foods and packaged items we did a massive Whole Foods shop and filled our own jars and containers with dry goods to last us up to 3-4 months. We have lived on foods like rice, lentils, beans, etc. We eat mostly vegetarian, but we do eat fish and seafood that we catch ourselves. We go spearfishing when at anchor and we trawl for fish when we sail. We have been really lucky to eat such amazing fish and seafood along the way. We really only catch a fish and make it last 2-3 days and then we will try for another one. We see so much over fishing and people taking more and more from the ocean. We try to fish for sustenance and appreciate everything that the ocean gives us.”

Even though they miss hot showers and sharing a beer with friends, they plan to continue this journey for the next few years. They also want to continue to share and educate ocean lovers about what is happening  and what we each can be doing to make a difference for our oceans.

“We have started planning how to get our next boat, which will be a bit bigger than 32 feet, so we can do more ocean research, but also so we can start a family and keep cruising with kids!”

Note: You can learn more about Base and Jamie and follow their journey here.