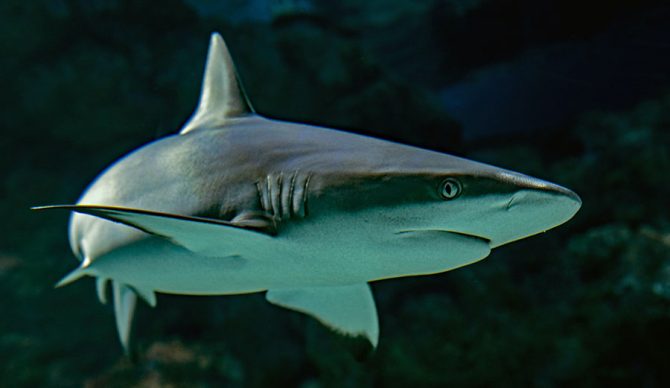 Conservation groups say half a million sharks could die in the race for a cure. Photo: David Clode/Unsplash

You’ve probably heard all the conscience consoling statistics about shark attacks. For instance: you have better chances of getting struck by lightning than attacked by a shark. You’re more likely to be in a plane crash. Et cetera, et cetera. I’m no mathematician. I have no way of testing the veracity of these numbers; I have no idea if they’re true. But they’re comforting and help us continue to go about our days without crippling fear. So in honor of blindly believing everything you read on the Internet, here’s another study to help us sleep at night.

Despite recent studies suggesting that shark attacks are on the rise, one group of researchers from Stanford University have found data supporting the opposite. The Frontiers in Ecology and the Environment journal found that the individual risk of a shark attack has dropped over 91 percent. But statistically speaking, great white shark attacks off the California coast have conclusively increased from 1950 to 2013. So how could this new finding be true?

Population. That’s how. Between 1950 and 2013, the population of coastal California has tripled from 7 million to 21 million. So the more people there are swimming and surfing, the higher the possibility of a shark incident. But, because there are more bodies in the water, the less of a chance you as an individual have of getting attacked. And surfers, unfortunately, are the most likely to get attacked out of any other group of ocean-going thrill seekers. The risk of being bitten by a shark is 1 in 17 million for surfers while scuba divers have a 1 in 136 million chance. Out of all other beachgoers, the risk for surfers getting attacked has increased while other groups (scuba divers, recreational swimmers) has decreased.

But the numbers don’t lie when it comes to sheer volume of sightings and attacks in recent months. According to the Shark Research Committee, there have been nearly 50 shark sightings off of the California coast since June. And that’s not including unreported encounters and the two incidents over the weekend. In La Jolla, kayakers had a run in with two 8-to-10 foot hammerhead sharks. And in Morro Bay, a 54-year-old woman was surfing when her board was chomped by a 6-foot juvenile great white. She miraculously came out unscathed but her board was less fortunate as it ended up with the classic shark bite mark.

Regardless of the conflicting statistics, the shark scare remains at a fever pitch, leading extremists in Australia to consider culling sharks, which is a DUMB IDEA. Because even though they are menacing and scary and man’s eternal ocean-dwelling foe, sharks are absolutely necessary.