Saving $ and Plastic in O’Hare 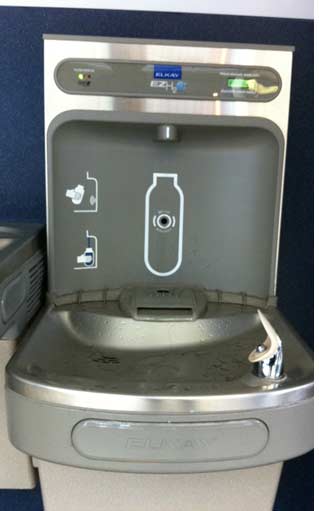 On a recent trip the issues around water and plastic ocean pollution became crisp. I found myself in Chicago’s O’Hare airport…parched…in need of a drink of water.

I looked for a fountain and saw a long line of people queued up in front of the image to the right.

They were filling up reusable bottles (note the simple adaptation and graphic on the fountain). Instead of spending $4 for a glass of water…they filled up here. In the 5 minutes I spent waiting about $25 was saved by people filling up their bottles.

The recycling rate for single-use plastic bottles is less than 10%, so in addition to the economic benefit, 4 or 5 fewer bottles will end up as trash in landfills or the plastic pollution in the oceans.

I was stoked to see this movement in mainstream culture, then I found myself looking up at the billboard below.

Fail. In my opinion this is the equivalent of selling bottled air. Water is a natural resource, the core ingredient to our survival, and we’ve turned it into a commercial transaction.

Shame on celebrities for selling water in a single-use plastic bottle that has less than a 10% chance of being recycled.

This celebrity-endorsed campaign is contributing to the problem… and the above simple drinking fountain modification is part of the solution.

Which will we support with our actions and habits? 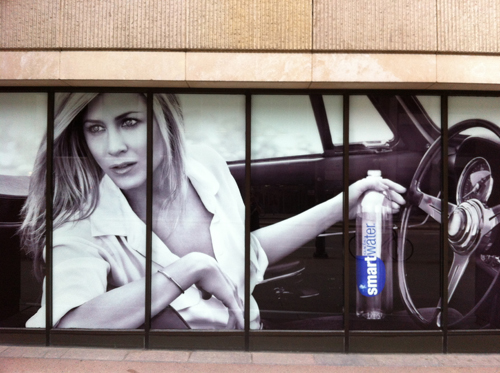