Checking in With Ian Walsh, the Hardest Working Man In Surfing 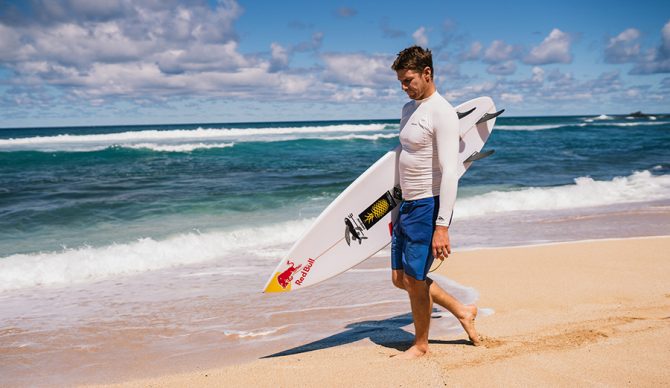 Ian Walsh was dangling his feet off a luxurious yacht into the warm blue of the Mediterranean Sea. The morning had seen a wake foil session, followed by a long (ish) lunch in a white table-clothed, Menorca seafood restaurant. As the sun bled into the Med on a late August summer evening, Walsh looked relaxed. “Man, since that swell at Ma’alaea in May it’s been full on. Winter’s coming, so this is time to just unwind.”

No one could accuse the 39-year-old Maui resident of being lazy. In fact, he has a good claim of being the hardest working man in surfing. This summer’s hectic program started with a bang and a historic summer swell at home.

“That was the best two days of consecutive surf I maybe have ever seen on Maui, or maybe anywhere,” recalled Walsh of the Code Red 2 swell that lit up the rare bird that is Freight Trains. “I surfed for ten hours straight on both days. We knew early it was a once-in-a-lifetime event, and just had to rinse it.”

After that mission, Walsh hightailed it to the mainland for the annual Newport to Bermuda Yacht Race. Walsh hopped on 11th Hour Racing’s Malama, the fastest monohull in the event. 11th Hour Racing is an organization that Walsh has worked with before that through sponsorships, grants, and ambassadors supports sustainable practices that improve the health of our oceans.

“That took us just over 41 hours straight at full speed with a pretty challenging angle of sail into the wind,” says Walsh. “So, it was a rough and very violent ride. I mean I’m a very, very bottom-of-the-barrel amateur sailor, and the crew was world-class, so I just tried to stay out of the way and help where I could.” 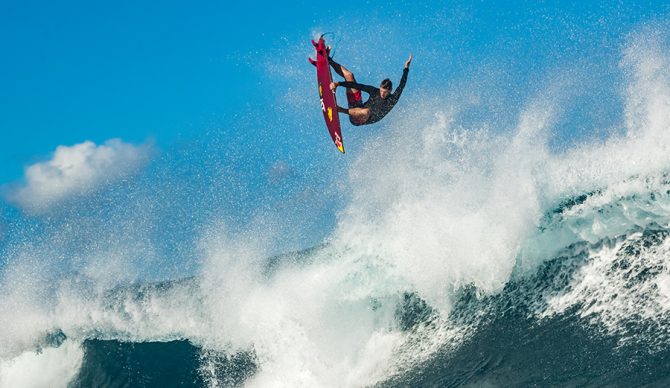 It was another example of the many non-surfing projects, usually with an environmental or conservation angle, that Walsh throws himself into. In 2017, alongside snowboarder Travis Rice, he sailed the 2,500 nautical miles between Tahiti and Hawaii. The pair scouted for waves, as well as gathered samples to test for microplastics in that part of the Pacific Ocean. That boat, then called the Falcor was owned by Rice but was recently bought by John John Florence. Now known as the Vela, it’s the one which Florence is currently sailing from Hawaii to Fiji.

In 2019, Walsh was the only surfer in an elite snowboarding crew that summited the tallest peak in North America, Denali, which tops out at 20,300 feet. His backcountry snowboarding elsewhere in Alaska and Jackson Hole marks him as one of the best crossover athletes in surfing.

Not long after the Bermuda race, Walsh’s latest project with Twiggy Baker was released on HBO. Part of the Edge of the Earth series, the pair decamped to Africa’s West Coast in 2021. Forced to be entirely self-sufficient due to the remote nature of their locale, they failed to surf the upper extreme of the big-surf realm but did lay some groundwork for what could be the next big-wave surf discovery.

“We scored a few big swells in our window, and it didn’t get under four feet for a month, but nothing of the Megalodon-sized 60-foot waves that we wanted,” said Walsh. “We got to see a few swells just tickle the edge of the huge potential. We could visualize what it would be like when it gets huge.”

However, as always with Walsh, the project was as much about the connections formed and the journey of self-discovery that goes with pushing yourself to the outer extremes of adventure and travel.

“When you are in a place that remote and challenging, you form a deep connection with everyone,” he says. “The team is working towards a common goal, and bonds are formed that only happen when you are completely removed from civilization.” 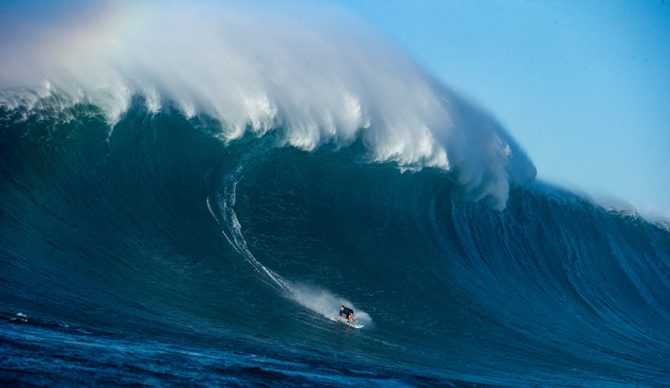 With one of his nicknames being the “Fun Sheriff,” Walsh has an incredible capacity to find balance in his life. Hence the tour of the Med’s glamorous hotspots that included a few club nights with Paul Fisher in Ibiza. Yet with his work ethic, he rarely switches off completely. In Europe, he scouted new locations to expand his annual Ian Walsh Menehune Mayhem. That’s his grom event that promotes surfing, sportsmanship, creativity, scholarships, and environmental awareness for the youth of Maui and that he has run for the past 18 years.

Yet, as the Northern Hemisphere’s summer draws to a close, Walsh has turned his laser eyes on the upcoming winter and his first love; big wave surfing. Whilst the September diary included a trip to Kelly’s pool in Lemoore, and a possible swell chase in the Southern Hemisphere, the preparation for winter has already started. A new quiver of big-wave guns arrived in Maui, ready to be prepped for race days. Once back home, the gym work, high-intensity training, and safety drills will begin in earnest.

“The focus is Jaws, but I’ll triangulate that with Mavericks and Nazare over the winter,” he said. “Right now though, I’m having a beer, watching the sunset in the Balearics. Life’s about to get real busy, real soon. And that’s just the way I like it.”