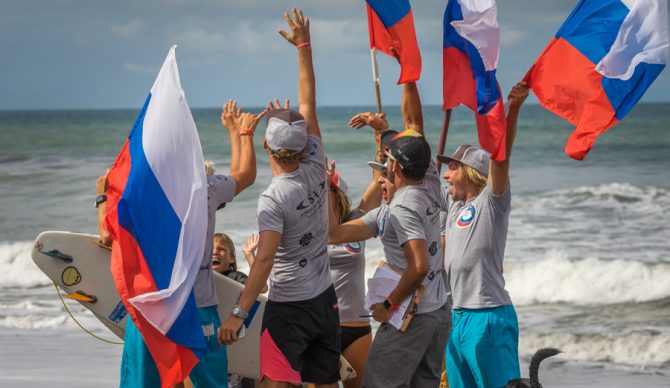 Should athletes pay the price for the actions of their government? It’s a complicated question that sport organizations are facing around the world as they continue to decide the proper punishment for Russia’s invasion of Ukraine. We’re now into the sixth month of the conflict, one that has torn apart the country and altered the reality of all Ukrainian citizens.

The precedent being set is significant and could have repercussions down the line: a country that wages an unjust war on another country is now banned from global sports competitions.

Who decides which war is unjust? What constitutes a war? The door is certainly open to start looking around the world and pointing at contradictions and hypocrisy.

The Russian Surfing Federation has already publicly denounced the ban, claiming that the policy is “illegal and contrary to Olympic principles.”

Vasiliy Kordysh, the President of the Ukrainian Surfing Federation spoke out about the fraught situation of the surfers – and people in general – of Ukraine in an interview with Magicseaweed. “We get along well with the Russian Surfing Federation… they’re great people. But they have to be held accountable for what their president is doing,” he said.

No one feels sympathy for the Russian surfers compared to the perilous situation that the Ukrainians find themselves in, and there’s really no comparison. However, as it impacts the world of international competitive surfing, we spoke with two Russian surfers who are affected by the policy.

Of the four Russians who agreed to speak with us, in the end, only two felt comfortable going on record.

Both of them, who have lived outside of Russia for a considerable time, displayed a palpable sense of tension and emotion when discussing the topic. Both acknowledged that, even though we’re keeping their identities anonymous, the fear of repercussions from the Russian government is real.

“I cannot be 100 percent fair with you in public,” said Surfer A. “I think about this situation a lot and everyone has their opinions. Personally, I am against collective responsibility (for the war).”

Surfer B said, “For me, I don’t understand why I get punished personally for the government’s actions. I am a peaceful guy. I don’t fight or shoot anyone. But in a way it’s fair. If (Ukrainians) cannot leave their country, why should we be able to go represent our country (abroad)?” 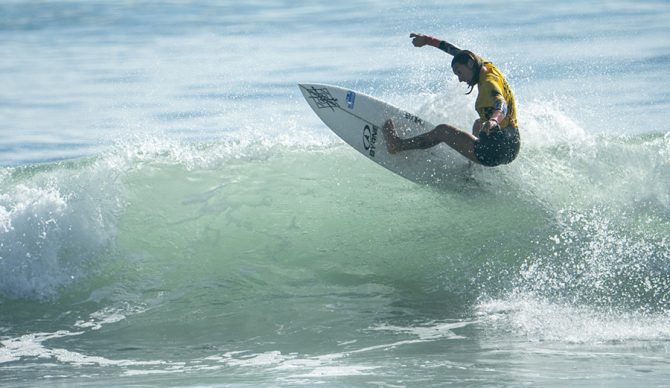 Both have strong friendships with Ukrainians. They find themselves in a difficult situation where they are all but powerless to help their neighbors.

“The Ukrainian surfers are my good friends,” said Surfer A. “I convinced a good friend of mine to start representing Ukraine in the ISA to create a snowball effect to grow surfing in their country. I was there supporting her and the Ukrainian team every heat.”

Both surfers have felt the financial repercussions of the ban and overarching global sanctions on Russia.

“Traveling abroad is very complicated,” explained Surfer A. “You have to buy with crypto and/or book with a VPN. You pretty much have to choose between living in Russia or giving up everything and moving abroad. Money from Russia is not connecting to the rest of the world.”

“I lost a lot of money on the transactions (when the war started),” added Surfer B. “I wanted to get everything out of Russia. I’m thinking about returning to Russia for a national competition soon. I’ll have to go to Latvia or Estonia and take a bus (to get to Russia), or fly through Turkey, but that’s quite expensive right now. There used to be a fund we would get from the Russian Ministry of Sport as athletes. We are not getting that now, and anyway, if we received government support then we would be part of the whole problem.”

Finally, Surfer A lamented the years of work to grow surfing in Russia that will be reversed without competitions or coaching programs.

“A lot of the work we put into growing surfing in Russia is getting erased,” said Surfer A. “I stopped feeling like a surfer. Some friends have stopped talking to me (because I’m Russian).”

Is There a Solution?

Russian surfers are used to paying for the faults of their country. After the state-sponsored doping scandal came to light in 2016, Russian surfers were unable to represent their country or fly their flag at ISA events. They instead competed for a federation – the “Russian Surfing Federation.”

Unlike the ISA, the World Surf League has approached the invasion of Ukraine in a similar manner. For example, one of the top Russian surfers, Nikita Avdeev, recently competed in a series of QS events in Europe, representing “World” instead of Russia.

If you look at Avdeev’s WSL profile, you can see he is listed as an athlete of “World.”

Surfer B thinks this option could work to allow surfers from Russia to compete.

Also acknowledging the situation the Ukrainians are in, Surfer B says that Ukraine would also have to find a way to let top athletes leave the country for competitions before any solution for Russians is reached.

“I don’t have a solution,” said Surfer A. “I just stay positive and do what I can. I don’t want to judge anybody. I personally think (ISA President) Fernando (Aguerre) is doing a lot. I understand 100 percent the ISA’s position. If I were in their position, what I think and what I have to do would definitely be different.”

“I’m most upset about the lack of humanity,” decried Surfer A. “There is too much violence and hate on this planet. Do you see how I start shaking when I say this? I get really upset.”

It’s a war that’s upsetting to the entire World, not the least of which Ukrainian citizens. But open dialogue is always a step in the right direction.