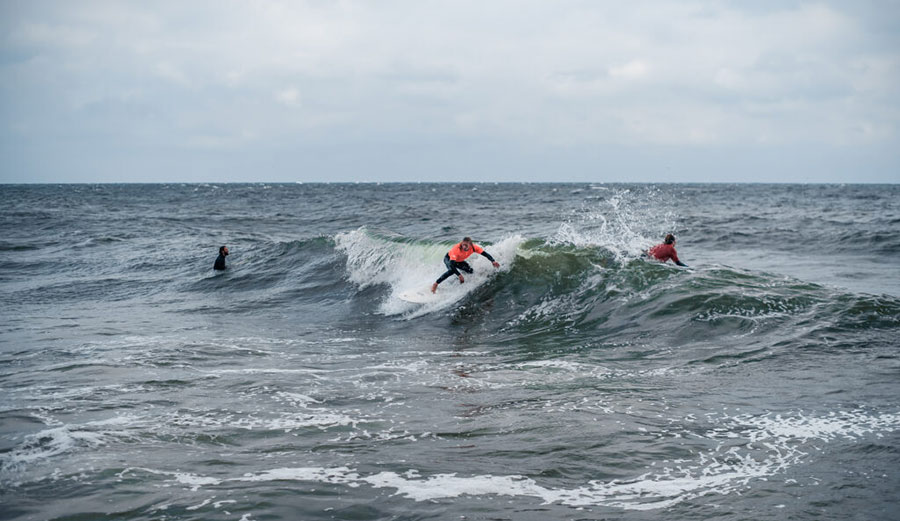 The Ukraine National Surfing team competing in the finals in Odessa in the Black Sea of Ukraine at the Ukrainian National Championships. Photo: USF/Courtesy of ISA

Russia is currently invading Ukraine in what is the largest conventional military conflict on the European continent since World War II. Scenes from the region are heartbreaking. As of this writing, more than 1,000,000 civilians have fled Ukraine, and the European Union is estimating that up to four million people might follow. The world, for the most part, is unified in its opposition to the unprompted Russian attack. The International Surfing Association (along with other athletic governing bodies) announced it had decided to impose strict sporting exclusions on athletes and officials from Russia and that it stands in full solidarity with Ukraine.

The ban is in line with the International Olympic Committee’s (IOC) recommendations. It means that “no athletes and officials from Russia will be invited to participate or attend ISA events until further notice.” In addition, the ISA says it “will not consider staging any ISA events in Russia for the foreseeable future.”

“The global surfing community is shocked and appalled by the awful act of aggression by Russia and Belarus’ role to facilitate their invasion of Ukraine,” said the ISA in a statement posted on its site and distributed via email. “We are unequivocal in our views on this crisis and we stand in full solidarity with Ukraine and the Ukrainian people. This is a human tragedy that requires us all to take a strong stance and send a message that such violence will not tolerated nor forgotten.”

“The ISA’s decisions serve to ensure the safety of the public, athletes and officials, and protect the integrity of our competitions,” the statement continued. “We remain in contact with the Ukrainian Surfing Federation to offer support to the Ukrainian surf community and we hope peace is restored as quickly as possible.”

The Russian Surfing Federation, which bills itself as the governing body of Russian surfing, took to Instagram to issue a statement in response. Here it is in its entirety, per Google Translate:

Today, the Russian Surfing Federation held a meeting to discuss the position on the sanctions that all Russian athletes fell under due to the current political situation in the world.

Following the Russian Olympic Committee @olympic_russia and in support of our talented athletes, we want to note that sport cannot be politicized; sport unites, does not discriminate, and cannot act as a tool of manipulation; the exclusion of Russian athletes from international competitions is illegal and contrary to Olympic principles.

The events in Ukraine have impacted nearly everything worldwide, from financial markets to supply chains, which prompted the ISA’s actions.

Although many Russian citizens have come out in opposition to the war — as well as a handful of extraordinarily wealthy Russian businessmen (one of whom offered a million dollar bounty for Putin’s arrest), one can imagine it might be hard for a Russian entity to come out in opposition of Putin. He has reportedly long waged brutalities against his enemies.

Hopefully, the Russian surfing population can offer empathy and understanding for human connectedness, but with its statement, the Russian Surfing Federation certainly didn’t seem to embrace surfing’s aloha spirit.